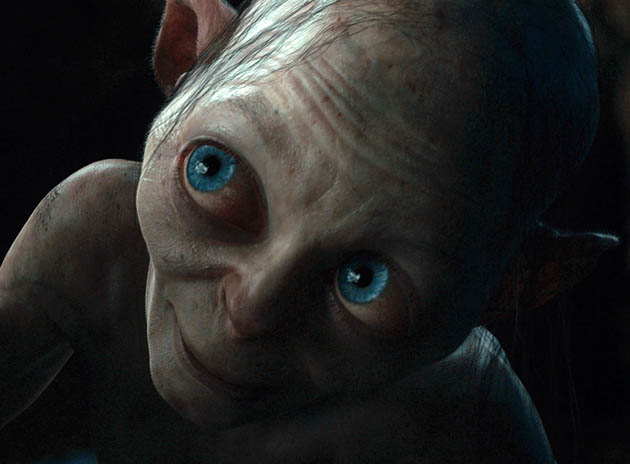 The Hobbit with the Gollum a.k.a. Andy Serkis. Starring Martin Freeman as the young Bilbo Baggins, Peter Jackson’s The Hobbit: An Unexpected Journey – the first installment in the cinematic trilogy based on J.R.R. Tolkien’s (not all that long) 1937 novel The Hobbit – is both a domestic blockbuster and a domestic box office disappointment in relation to its exorbitant $150 million price tag. Largely thanks to box office-boosting inflationary pressures and pricier 3D/IMAX movie tickets, The Hobbit has officially broken a handful of December records. But once inflation is factored in, things don’t look as impressive for this prequel to the Lord of the Rings movies.
Contents hide
1. The Hobbit: An Unexpected Journey box office: Domestic blockbuster or disappointment? Both?
1.1. Record-breaking hobbit?
1.2. The Lord of the Rings movies
1.3. The Hobbit: An Unexpected Journey finally passes $200 million domestic cume
1.4. International market to the rescue
1.5. $1.5 million or so per The Hobbit page
1.6. Why did The Hobbit open lower than expected at the domestic box office?
1.7. Prequel or first installment in new franchise?
1.8. The Hobbit movie cast
1.9. Les Misérables & Django Unchained overperform on Christmas Day
1.10. Good news for The Weinstein Company
1.11. Les Misérables & Django Unchained cast
1.12. Christopher Lee’s other Saruman-like character

The Hobbit: An Unexpected Journey box office: Domestic blockbuster or disappointment? Both?

The Hobbit: An Unexpected Journey, the first movie in Peter Jackson’s trilogy based on J.R.R. Tolkien’s (relatively short) 1937 fantasy novel The Hobbit, opened with a disappointing $84.6 million at the North American box office this past weekend, Dec. 14–16.

But how can one say that nearly $85 million over the course of one December 2012 weekend is a disappointing figure?

Well, as late as Friday afternoon, matinee attendance numbers indicated that the Warner Bros.-released, $150 million-budget (not including marketing and distribution expenses) prequel to Jackson’s immensely successful The Lord of the Rings movies would collect up to $115 million in the U.S. and Canada. Yet the The Hobbit ended up grossing about $30 million less.

Oh, but The Hobbit: An Unexpected Journey did at least break all sorts of domestic December box office records, right?

Well, yes, if you live on a planet where inflation is unheard of.

Although it’s true that The Hobbit easily holds the December midnight record – $13 million (at 3,100 midnight venues) vs. the $3.5 million earned by the James Cameron-Sam Worthington collaboration Avatar at 2,000 sites three years ago – once inflation is factored in, Peter Jackson’s latest failed to surpass the opening weekend take of Will Smith’s I Am Legend and of both The Lord of the Rings: The Two Towers and The Lord of the Rings: The Return of the King. That, despite showings at a record-breaking (for December) 4,045 locations.

As found at boxofficemojo.com:

It should be noted that with $37.5 million earned on opening day (including the record-breaking midnight screenings), The Hobbit: An Unexpected Journey also trailed The Return of the King: $34.5 million in 2003, or an inflation-adjusted $45.5 million.

And let’s not forget that the final The Lord of the Rings movie opened on a Wednesday.

The Lord of the Rings movies

Ah, minor detail: none of the Lord of the Rings movies was screened in ticket-price-inflating 3D.

Another minor detail: back in the early 2000s, ticket-price-inflating IMAX screenings were quite rare.

So keep in mind that 49 percent of The Hobbit‘s domestic weekend gross came from 3D screenings.

Shot concurrently in New Zealand, the Lord of the Rings movies were budgeted at a reported $280 million or whereabouts; that’s approximately $94 million per movie. Adjusted for inflation (based on U.S. Department of Labor statistics), each The Lord of the Rings movie cost circa $125 million in 2012 dollars vs. The Hobbit: An Unexpected Journey‘s $150 million price tag (a reported $450 million for the trilogy).

Leaving inflation aside, The Fellowship of the Ring cumed at $315 million in North America. The Two Towers at $342.6 million. The Return of the King at $377.8 million.

Check out: Further budget information re: The Hobbit movie trilogy. 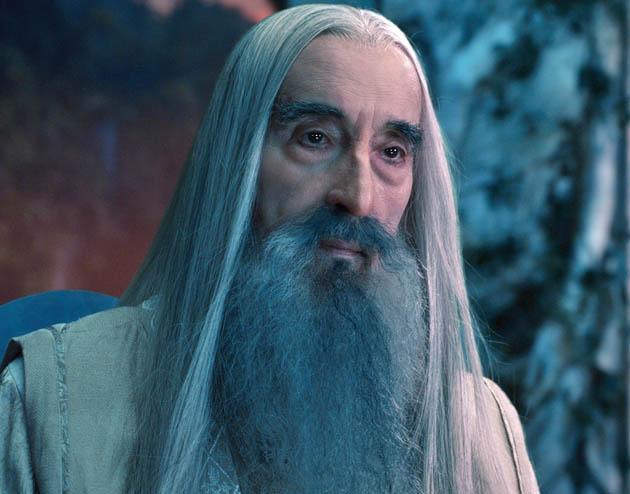 The Hobbit with Christopher Lee as the Wizard Saruman a.k.a. Saruman the White. A veteran with about 200 features to his credit over the course of more than six decades, Dracula: Prince of Darkness and The Torture Chamber of Dr. Sadism star Christopher Lee first made his mark as the evil Wizard Saruman in Peter Jackson’s The Lord of the Rings: The Fellowship of the Ring. Since then, Lee has become associated less with Transylvania than with Middle-earth. He’s now back as Saruman in The Hobbit: An Unexpected Journey – even though the character is nowhere to be found in J.R.R. Tolkien’s novel.[1]

International market to the rescue

Here’s one major box office silver lining for The Hobbit: An Unexpected Journey: more than 60 percent of the Lord of the Rings movies’ worldwide gross originated outside the U.S. and Canada.

The latest Middle-earth franchise will in all likelihood follow the same path, especially considering that two of Hollywood’s current top markets, China and Russia, were relatively small a mere ten years ago. Moreover, box office grosses have markedly increased in countries such as Mexico, Brazil, India, and South Korea.

In fact, in the last five days The Hobbit pulled in an estimated $138.2 million in 56 territories, or about 62 percent of the film’s current $223 million worldwide total.

$1.5 million or so per The Hobbit page

And that’s not all. Worldwide box office or no, The Hobbit: An Unexpected Journey will likely make a huge chunk of its total gross not from movie theaters, but from movie toys, videogames, and other merchandising.

That’s a key reason why studios are willing to shell out half a billion dollars (or more) making a nine-hour or so movie trilogy based on a 95,000-word book. That’s about $4,750 per word.

Check out: Breaking Dawn – Part 2 trailing only The Avengers in Brazil.

Why did The Hobbit open lower than expected at the domestic box office?

Question: why did The Hobbit: An Unexpected Journey open more modestly than expected on the North American front?

Well, possibilities – and those are mere possibilities – range from the still-sluggish U.S. economy to generally unenthusiastic reviews, which may have discouraged non-Middle-earth aficionados from checking out the film.

In addition, The Hobbit‘s three-hour running time may have been a deterrent to others, while the highly negative buzz surrounding Jackson’s 48 frames-per-second innovation may have turned off others yet.

But how come internationally…?

Well, just bear in mind that no matter how rotten, 3D movies almost invariably fare much better outside the U.S. and Canada.

And finally, there’s nearly a decade-long gap between The Lord of the Rings: The Return of the King and The Hobbit: An Unexpected Journey. So perhaps the latter should be seen less as a prequel to the previously released sequels (get it?), and more like the first installment of a new(ish) movie franchise. First installments, of course, are usually less popular than branded sequels.

Anyhow, here’s another silver lining: North American moviegoers have given The Hobbit an “A” CinemaScore, which may help with word of mouth.

Animal lovers, however, may feel otherwise. As per several highly disturbing claims, a number of animals died during the making of the three Hobbit movies.

Peter Jackson’s The Hobbit: An Unexpected Journey features the following:

J.R.R. Tolkien’s novel was adapted by Fran Walsh, Philippa Boyens, Peter Jackson, and Guillermo del Toro – who had previously been touted as the director of The Hobbit before abandoning the project in 2010.

A New Line Cinema and Metro-Goldwyn-Mayer co-production, The Hobbit was released by New Line’s sister company, Warner Bros., itself part of the Time Warner conglomerate. 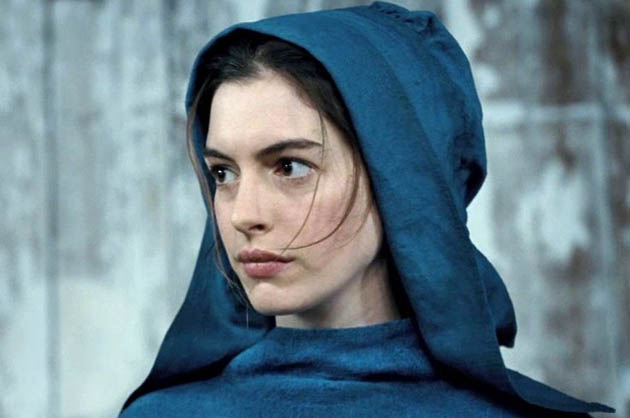 True, studios tend to underestimate the opening-weekend (or opening-day) grosses of their films – for obvious reasons – but this is a bit much. It just remains to be seen whether such an impressive performance for a nearly three-hour musical will hold in the coming days, as pre-sales accounted for a major percentage of the tickets sold on Dec. 25.

Good news for The Weinstein Company

The success of Django Unchained is good news for The Weinstein Company, which has suffered a series of flops/disappointments in recent weeks (box office cumes as of Dec. 23):

Django Unchained with Leonardo DiCaprio. In screenwriter-director Quentin Tarantino’s mix of spaghetti Western, socially conscious anti-slavery drama, cheesy comedy, and blood-soaked exploitation trash known as Django Unchained, three-time Oscar nominee Leonardo DiCaprio (as Best Actor for The Aviator, 2004, and Blood Diamond, 2006; as Best Supporting Actor for What’s Eating Gilbert Grape, 1993) plays psychopathic Mississippi plantation owner Calvin J. Candie, who, as can be attested by the image above, at one point in the film becomes possessed by the spirit of Jack Nicholson in The Shining.

[1] Besides Peter Jackson’s two Middle-earth trilogies, Christopher Lee has also left his mark on another iconic – and seemingly endless – movie franchise: he was seen as Count Dooku – like Saruman, an embodiment of power lust depravity – in George Lucas’ Star Wars: Episode II – Attack of the Clones (2002) and Star Wars: Episode III – Revenge of the Sith (2005).

Images of Andy Serkis as the Gollum and Christopher Lee as the Wizard Saruman in The Hobbit: An Unexpected Journey: New Line Cinema and Metro-Goldwyn-Mayer | Warner Bros.

The critics hated it it but the fans loved it, therefore the critics must make up bizarre reasons why it is not really doing well when it is in fact doing well. What next? “Well with the end of the world coming, people are just going out to see anything so those numbers do not really count.”