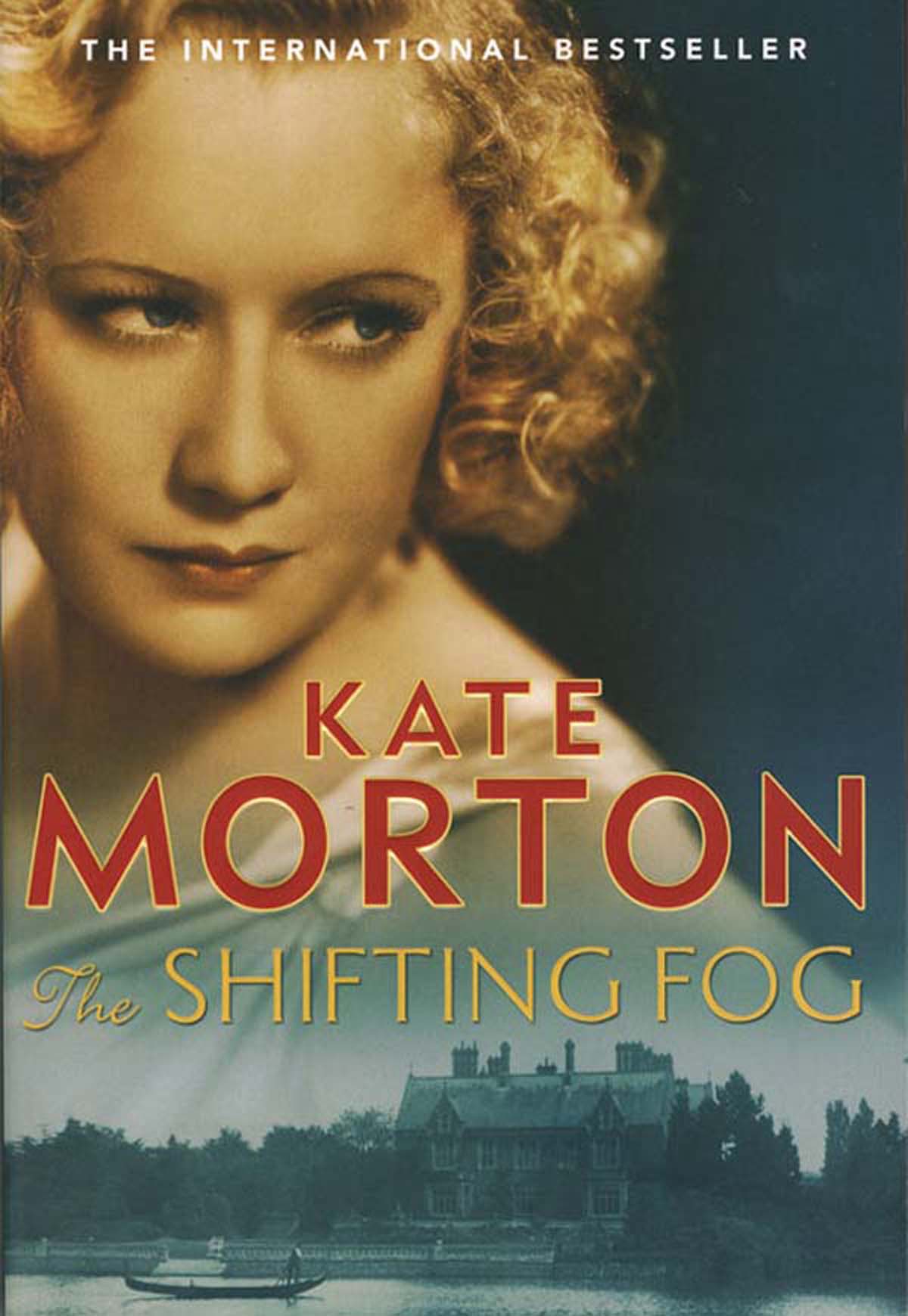 Australian author Kate Morton’s bestselling novel The Shifting Fog, known as The House at Riverton in the US and the UK (see comments section below) chronicles the emotional and romantic travails of two beautiful sisters from a declining aristocratic British family during the early twentieth century.

The reason I’m writing this brief post about The Shifting Fog / The House at Riverton has nothing whatsoever to do with the plot of the novel, or with Kate Morton, or with an upcoming film adaptation. What matters here is the Australian book cover, which features an image of former Paramount, Samuel Goldwyn, and Warner Bros. contract player Miriam Hopkins – a 1935 Best Actress Academy Award nominee for playing the title role in the first three-color Technicolor feature ever made, Rouben Mamoulian’s Becky Sharp.

Coincidentally, only yesterday I posted a two-part interview with author Allan Ellenberger, who’s currently working on a Miriam Hopkins biography. Today, Allan sent me a link to a review of Morton’s book.

The Shifting Fog, I should add, has nothing whatsoever to do with Miriam Hopkins – except for the fact that the novel’s heroines and Hopkins are all blondes.

Curiously – though hardly surprising – even though Miriam Hopkins was a major star in the 1930s, I didn’t find a single mention of her name (as in, “What is Old Hollywood actress Miriam Hopkins doing on the book cover?”) in the various commentaries and reviews of The Shifting Fog.

Miriam Hopkins on The Shifting Fog a.k.a. The House at Riverton book cover: Allen & Unwin.

The Academy of Motion Picture Arts and Sciences’ new exhibition, “Fellini’s Book of Dreams,” opens on Saturday, January 24, in the Academy’s Grand Lobby Gallery in Beverly Hills. Admission is free.

“Fellini’s Book of Dreams” features two original notebooks on which Federico Fellini jotted down his thoughts and fantasies from the 1960s to 1990, in addition to more than 100 reproductions of original pages from Fellini’s Book of Dreams, which includes numerous images that inspired his most renowned films. As a plus, the exhibition will showcase self-portraits, celebrity caricatures, and film clips.

“Fellini’s Book of Dreams” will be on display through Sunday, April 19. The Academy’s Grand Lobby Gallery, located at 8949 Wilshire Boulevard in Beverly Hills, is open Tuesday through Friday, 10 a.m. to 5 p.m., and weekends, noon to 6 p.m.

Jennifer Jones Movies: ‘Madame Bovary’ & ‘Since You Went Away’

Has the book been made into a film ??

Thanks for the clarification, Grace. I’ve amended the post.

It was only when I went to Kate Morton’s website that I even found this version of The Shifting Fog, which was released in the UK and in the States under the title “The House at Riverton.” Since I read “Riverton,” I didn’t even know about Miriam on the cover of this book, else I would have made a comment about it in my review at Amazon. Very interesting, indeed.

As I mentioned to Allan, there is another mystery that I received recently which features Louise Brooks on the cover. As far as I know (I haven’t read it yet), she’s not in the story, but it’s set in her heyday, and they used a picture of a gorgeous flapper.