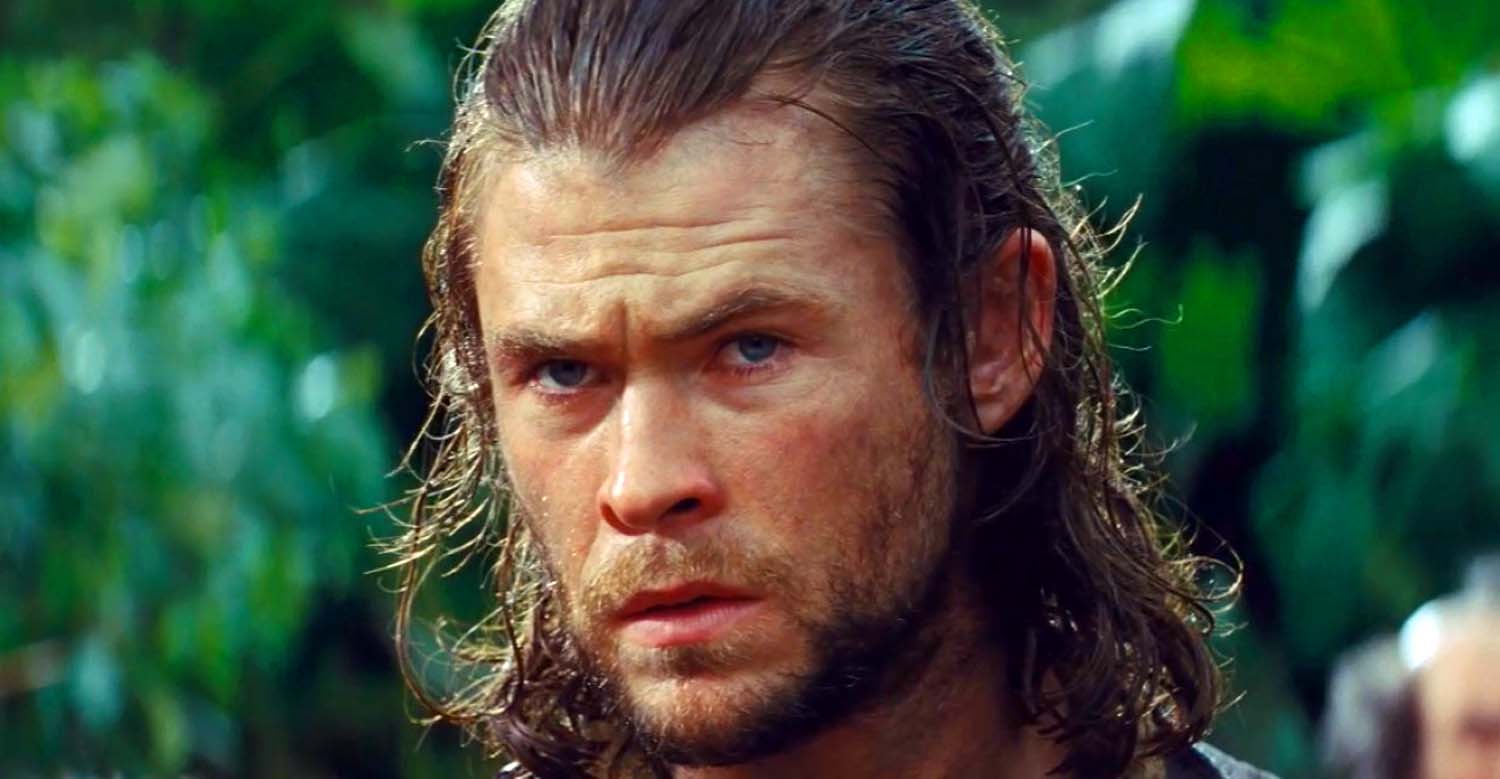 Now, does it sound idiotic to drop Snow White from what was purportedly going to be a Snow White movie sequel? Well, it does – and that’s because it is. So, instead of calling Snow White and the Huntsman 2, or rather, The Huntsman, a “sequel,” the film is now being referred to as a “spin-off” – or, to be more precise, a “prequel.” As in the original Snow White and the Huntsman, the title character in the prequel will be played by Chris Hemsworth, the star of Thor and Thor: The Dark World, and one of the leads (also as Thor) in Joss Whedon’s megablockbuster The Avengers and the upcoming Avengers: Age of Ultron.

If all goes as planned, The Huntsman will be directed by Frank Darabont, best known for the Best Picture Academy Award-nominated prison dramas The Shawshank Redemption and The Green Mile. According to reports, Darabont’s film will be based on an Evan Spiliotopoulos (The Hero of Color City, Hercules) screenplay that has been rewritten by Craig Mazin (Identity Thief, The Hangover Part III).

The Huntsman release date has been set to April 22, ’16, the week after Malcolm D. Lee’s The Best Man Wedding. As a result, Universal’s The Mummy reboot, to be directed by Transformers and Star Trek screenwriter Alex Kurtzman, has been booted to June 24, 2016, opening around the time of Roland Emmerich’s ID Forever Part I a.k.a. Independence Day 2, Steven Spielberg’s fantasy The BFG, and Andrew Stanton’s animated Finding Dory, featuring the voices of Ellen DeGeneres, Albert Brooks, and Diane Keaton.

‘Snow White and the Huntsman’: Solid (but costly) worldwide hit was meant to be first movie in a trilogy

Without specifying how it would be done, back in summer 2011 Snow White and the Huntsman producer Joe Roth stated that the film would be the first installment in a projected trilogy, following the pattern of Roth’s $200 million-budgeted, Tim Burton-directed 2010 blockbuster Alice in Wonderland, which starred Mia Wasikowska and Johnny Depp. (The more kiddie-oriented Alice in Wonderland took in $1.02 billion worldwide.) At the time, Roth told Entertainment Weekly that the Snow White and the Huntsman “story will end, but there will be questions remaining for these three characters.” Apparently, someone somewhere at Universal decided that three characters – and three expensive actors – were one too many.

Undoubtedly in large part due to the popularity of Kristen Stewart, starring in her first major commercial film since playing Bella Swan in the Twilight movie series, and to the fact that Chris Hemsworth’s The Avengers had been released the previous month, Snow White and the Huntsman opened well above expectations in the U.S. and Canada in early June 2012. The dark fantasy ultimately ended its run with an impressive $396.6 million worldwide, though this figure was largely offset by the film’s (reported) $170 million production budget, not to mention marketing and distribution costs that, according to the rule of thumb for Hollywood movies, likely hovered around $80–$90 million (or approximately 50 percent of the film’s production budget).

Now, however stupid-sounding, one should remember that Universal’s all-but-confirmed decision to totally drop Snow White (and Kristen Stewart) from the Snow White and the Huntsman prequel is nothing new. And despite the latest batch of rumors to the contrary, in all likelihood that has nothing to do with the scandal that erupted in late July 2012, involving Kristen Stewart (then reportedly in a relationship with Twilight co-star Robert Pattinson) and Rupert Sanders (married to model and Snow White and the Huntsman actress Liberty Ross). In fact, even before the release of Snow White and the Huntsman, NBC Universal top dog Ron Meyer was telling conference participants at UCLA’s Anderson Business School that the film would lead to sequels focusing on Chris Hemsworth’s Huntsman.

It’s unclear why Snow White would be deemed of lesser importance than the Huntsman or the Evil Queen Ravenna, as mirror-gazer Charlize Theron is expected to be back for The Huntsman, which is supposed to depict the first meeting between the title character and Ravenna. I mean, imagine Alice in Wonderland 2 without Alice, centering on Johnny Depp’s Mad Hatter and his first encounter with Humpty Dumpty. On the other hand, one has to remember that action-adventure movies almost invariably focus on big, muscular, rugged men, who studio heads hope will attract lots of male butts to fill movie-theater seats worldwide – which may sound quite homoerotic, but isn’t necessarily. (But then again…)

Anyhow, whether or not Kristen Stewart returns for the Snow White and the Huntsman prequel, even if only in a cameo – perhaps drinking some sparkling apple cider in the background – there’s no dearth of movie projects for the 24-year-old actress. It should be noted that none of the titles listed below is a major studio production.

Frank Darabont to direct ‘The Huntsman,’ formerly known as ‘Snow White and the Huntsman 2’

Universal’s Snow White and the Huntsman 2, now retitled The Huntsman, already has a 2016 release date. Huntsman Chris Hemsworth and Evil Queen Charlize Theron are in; Snow White Kristen Stewart and apparently Prince Charming – a.k.a. Prince William – Sam Claflin are out, unless they show up in star cameos. And as reported a few weeks ago, former The Walking Dead executive producer Frank Darabont (he was fired from the show in July 2011) has been set to direct the prequel to Rupert Sanders’ Snow White and the Huntsman.

Besides his The Walking Dead gig, Frank Darabont also happens to be the director of two major blockbusters and Best Picture Academy Award nominees of the 1990s, both of which are unabashedly sentimental prison melodramas based on Stephen King works: The Shawshank Redemption (1994; from King’s novella Rita Hayworth and Shawshank Redemption), starring Morgan Freeman and Tim Robbins, and The Green Mile (1999; from King’s serial novel of the same name), starring Tom Hanks and Michael Clarke Duncan.

Curiously, despite the Best Picture nods for his two movies, Frank Darabont was bypassed both times by the Academy of Motion Picture Arts and Sciences’ Directors Branch. Darabont’s and Four Weddings and a Funeral‘s Mike Newell were replaced by Krzysztof Kieslowski for Three Colors: Red and Woody Allen for Bullets Over Broadway in the Academy’s 1994 Best Director shortlist; five years later, Darabont was edged out by Spike Jonze for Being John Malkovich.

Frank Darabont’s most recent big-screen release was The Mist (2007), a relatively low-budget (a reported $18 million) horror thriller that failed to connect with audiences. Also based on a Stephen King novella, and featuring Thomas Jane and Marcia Gay Harden, The Mist reached a cume of $25.6 million in North America; as per boxofficemojo.com, its worldwide take was $57.3 million.

A few weeks ago, it was reported that The Huntsman would be based on a screenplay by Evan Spiliotopoulos (The Hero of Color City, Hercules), while Craig Mazin (Identity Thief, The Hangover Part III) had been hired to polish it. Now, Deadline.com says that Frank Darabont himself “has written the most recent draft of the script.”

David Koepp (Spider-Man) was the first writer attached to the Snow White and the Huntsman sequel, but his screenplay seems to have been discarded.

It has all to do with the cheating scandal. Universal retracted their old statement about focusing on the Hunstman and KStew gushed about how she was looking forward to doing the sequel back in Dec., 2012, long after she got caught with Rupert.

Her lack of morals and family values is exactly the reason Universal won’t invest in her again.
She trashed her brand, everyone but you seems to know it. I expect this to get deleted because you’ve shown before that you can’t handle the truth. Keep living in your dream world where she isn’t relegated to doing B movies and taking Mia Wasikowski’s leftovers. The rest of us see her for what she is and will never spend another dime on a movie with her in it.

There are more people like me than you think. The ticket buying public will show you this fall.

One of the producers of “Clouds of Sils Maria” has posted a comment explaining that the role of Juliette Binoche’s assistant had been previously offered to Kristen Stewart, who at the time had been unable to accept it. Mia Wasikowska was then called in. Once she dropped out, Stewart happened to be available — and thus landed the role originally intended for her.

(CharlesG is the producer’s handle.)

I agree with your comments, Dela.

I was looking forward to a sequel of SW with Kristen Stewart, then read that this movie won’t be a sequel but a prequel with no Stewart. If this prequel takes place before Ravenna meets Snow White, Hemsworth and Theron though likeable actors, can’t turn back the biological clock. If these characters met while SW was imprisoned, its still 4 years between the last film and this one’s release. A sequel with Kristen Stewart makes more sense and I’d certainly purchase a ticket for a sequel with Stewart starring. I’ll pass on this prequel.

No Kristen , then no Snow White for me. She has been punished enough and really the story is about Snow White. I will not pay a dime to see this film without her. The studios have got to stop playing both judge and jury …..they have no more knowledge of what did or did not happen yet they have chosen to punish her. Fair I think not.,she did a great job in the first film. But this time around without her , I hope it tanks. I guess having Penn in your corner helps. Bring the witch back from the dead……what a line of malarkey that will be. Well that’s Hollywood for you. Tinsel town is loaded with idiots.