The Irony of Fate: Landmark Russian Romantic Comedy Gets Sequel 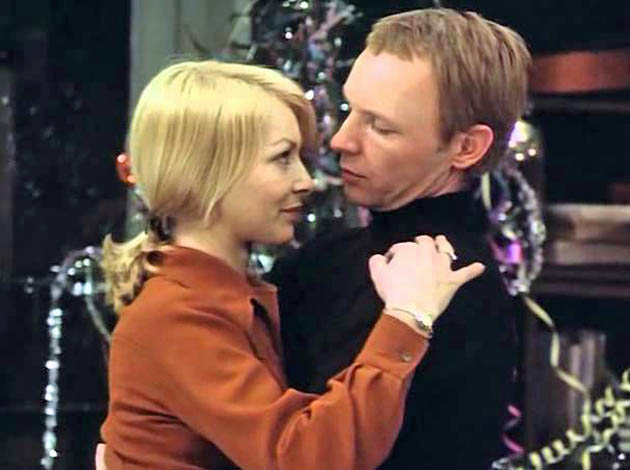 The Irony of Fate with Andrey Myagkov and Barbara Brylska. Directed by veteran Eldar Ryazanov (Office Romance, A Cruel Romance), the 1976 romantic comedy-drama The Irony of Fate is one of the most successful Soviet/Russian television/film productions ever, still getting aired on Russian TV every holiday season. A sequel, The Irony of Fate 2, came out in Russia in December 2007; it explains what happened to Moscow physician Zhenya (Andrey Myagkov) and Leningrad denizen Nadya (Barbara Brylska) after falling in love as a result of a series of mix-ups that had the former installed in the latter’s apartment.
Contents hide
1. ‘The Irony of Fate’: Iconic 1970s Russian TV movie gets early 21st-century big-screen sequel
1.1. A tale of two architecturally homogeneous cities
1.2. Mystery solved: The Irony of Fate 2
1.3. Rotten & dank reviews, but frosty & fresh box office
1.4. Russian classic little known internationally

Veteran filmmaker Eldar Ryazanov’s 184-minute, romantic comedy-drama The Irony of Fate / Ironiya sudby, ili S lyogkim parom! was first broadcast in two consecutive segments on the former Soviet Union’s central television channel Programme One on Jan. 1, 1976. The film’s popularity was so far-reaching that it would be aired again the following month, eventually becoming a major box office hit after a condensed version reached that country’s screens.

The Irony of Fate has remained a Soviet/Russian cultural icon ever since. As Peter Finn writes in The Washington Post, “much like Frank Capra’s It’s a Wonderful Life in American culture,” Ryazanov’s TV movie has found “a permanent home in Russian hearts,” getting revived every holiday season – in fact, not only in Russia but in (at least some of) the other former Soviet republics as well.

The screenplay by Emil Braginsky and director Ryazanov, whose long filmmaking career dates back to the 1950s (e.g., Spring Voices, Carnival in Moscow), was loosely based on the latter’s 1971 play Once on New Year’s Eve.

In brief, The Irony of Fate follows Zhenya (Andrey Myagkov), a Moscow doctor who, after a night of reveling in commemoration of both the New Year and his impending marriage, wakes up at the Leningrad airport. Zhenya, however, believes he is still in Moscow.

As a result of the sameness of Soviet architecture and urban layout during the Leonid Brezhnev era, he ends up at an apartment building that he believes is his own.

Even Soviet keyholes are the same, for Zhenya uses his Moscow key to open the door of the fourth-floor Leningrad apartment belonging to Nadya (Polish actress Barbara Brylska, dubbed into Russian), an attractive blonde who, as fate would have it, is dissatisfied with her government bureaucrat fiancé.

Inevitably, Zhenya and Nadya begin a courtship, but every New Year’s Eve Russian TV viewers have been left wondering what ultimately happened to the couple. Unlike the tidily wrapped up It’s a Wonderful Life, The Irony of Fate has an inconclusive ending.

Mystery solved: The Irony of Fate 2

This December 2007, more than three decades after the original broadcast of The Irony of Fate, the Zhenya-Nadya mystery has finally been solved: written by Alexei Slapovskiy and directed by Timur Bekmambetov, whose Night Watch and Night Watch 2 were international hits, Mosfilm’s The Irony of Fate 2 / Ironiya sudby. Prodolzhenie debuted on Russian screens on Dec. 21.

The sequel brings back Andrey Myagkov as Zhenya and Barbara Brylska (once again dubbed) as Nadya, in addition to their now-grown children played by Elizaveta Boyarskaya (as Nadya’s daughter with the bureaucrat – a role initially intended for Milla Jovovich) and Konstantin Khabenskiy (Zhenya’s son with his wife) – the latter two brought together by events similar to those that take place in the original.

The key difference is that the various happenings are less dictated by the fickleness of fate than by the determination of a matchmaking friend (Alexander Schirvindt) of Zhenya’s. 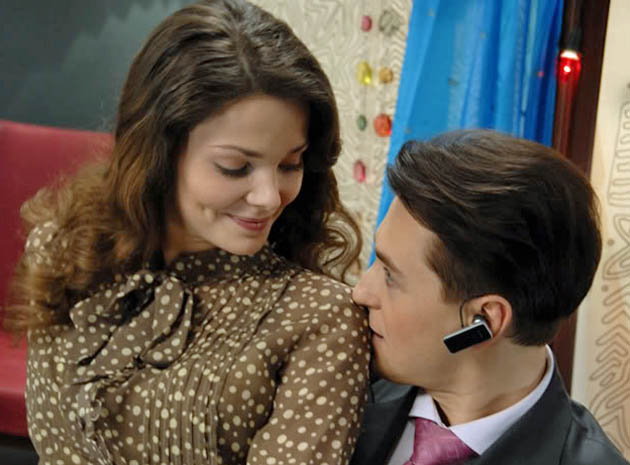 The Irony of Fate 2 with Elizaveta Boyarskaya and Konstantin Khabenskiy. Timur Bekmambetov’s 2007 sequel to Eldar Ryazanov’s iconic 1976 television movie has been greeted with a number of less-than-enthusiastic reviews. Even so, The Irony of Fate 2, through which audiences get to learn what happened to Nadya (Barbara Brylska) and Zhenya (Andrei Miagkov) following their fateful encounter in Leningrad, has become a sizable box office hit in Russia. In the sequel, Elizaveta Boyarskaya plays Nadya’s daughter while Konstantin Khabenskiy is Zhenya’s son.

As fate would have it, a number of reviews have been dismissive. “The second Irony differs from the first one as much as the rotten, dank weather outside differs from a frosty, fresh December with powdery snow,” writes Yelena Yampolskaya in the daily Izvestia.

A more positive take can be found at Radio Free Europe, where Dmitry Bykov opines that although The Irony of Fate 2 “is not as lyrical and heartfelt as the first film,” it’s of interest because it allows audiences to learn about the fate of the two leads and “to see what happened to the Soviet Union, to its mentality, after these troubled and difficult events.”

One thing that apparently has happened to the former Soviet Union’s mentality relates to its handling of the tools of capitalism. Critics have been particularly keen on pointing out the no-holds-barred commercial approach of The Irony of Fate 2, which offers loads of product placements. For instance, one of the characters works for the cell phone company Beeline – which just happens to be the film’s chief sponsor.

Yet, despite all the critical naysaying, box office grosses have been as fresh as powdery snow. The Irony of Fate 2 collected $9 million on its first weekend out, a blockbuster figure by Russian standards.

Update: The Irony of Fate 2 ended up grossing a reported $55 million worldwide, $49 million of which in Russia.

Eldar Ryazanov, now 80, reportedly declined to tackle The Irony of Fate 2 even though he remains active – his Hans Christian Andersen biopic Andersen. Life Without Love was released in 2006. Thus far, Ryazanov has made no public statements about the sequel, in which he can be spotted in the same cameo role – an annoyed plane passenger – he had played in the original version.

Ultimately, what’s most curious about The Irony of Fate is not its theme, setting, or even its phenomenal success and ad-friendly early 21st-century sequel, but the probability that the overwhelming majority of people outside of the old Soviet Union have never heard of this iconic 32-year-old classic.

And that’s the irony of cultural myopia.