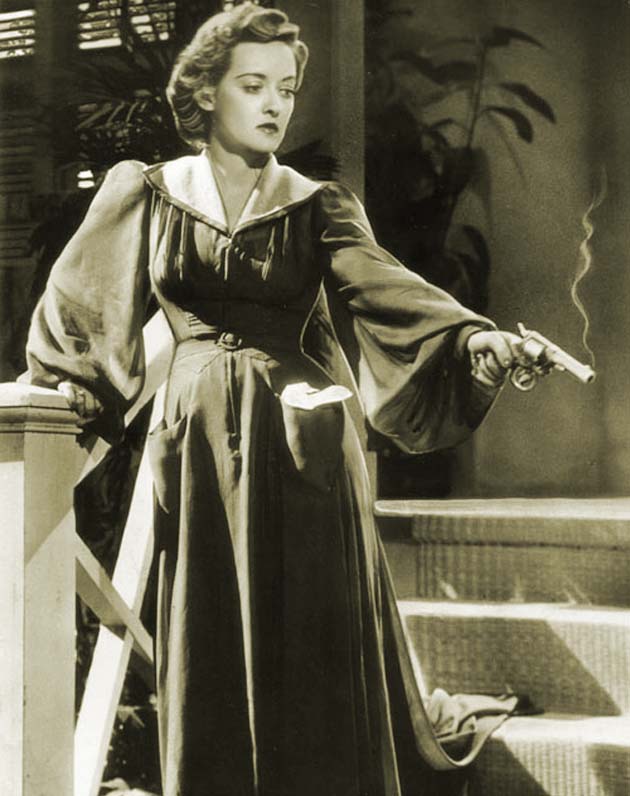 Directed by William Wyler and adapted by Howard Koch from W. Somerset Maugham’s 1927 play, The Letter is one of the very best films made during the Golden Age of the Hollywood studios.

Wyler’s unsparing, tough-as-nails handling of the potentially melodramatic proceedings; Bette Davis’ complex portrayal of a passionate woman who also happens to be a self-absorbed, calculating murderess; and Tony Gaudio’s atmospheric black-and-white cinematography are only a few of the flawless elements found in this classic tale of deceit.

The Letter begins in the dark of night, as a series of gunshots are heard in a Malayan rubber plantation. Leslie Crosbie (Bette Davis) walks out the door of her house firing shots at (barely seen on camera) local playboy Jeff Hammond, who falls dead on the ground. From that moment on, the drama moves at a deliberate yet gripping pace toward its emotional climax.

When later questioned, Leslie claims that she was defending her honor. Everyone, including husband Robert Crosbie (Herbert Marshall), is convinced that she is telling the truth. Even so, an inquest is required by law.

Robert hires a family friend, Howard Joyce (James Stephenson), to act as Leslie’s attorney. The case becomes more intricate as Howard starts having doubts about Leslie’s version of the events.

His suspicions are confirmed when his clerk, Ong Chi Seng (a wonderfully creepy Sen Yung), offers to sell him a letter Leslie had written to Hammond on the day he was killed. In the letter, Leslie desperately asks Hammond to come visit her.

Howard then confronts Leslie with a copy of the letter, forcing her to confess that she and Hammond had been having an affair. Because of his friendship with Robert, Howard agrees to forsake his code of legal ethics in order to buy the incriminating evidence. 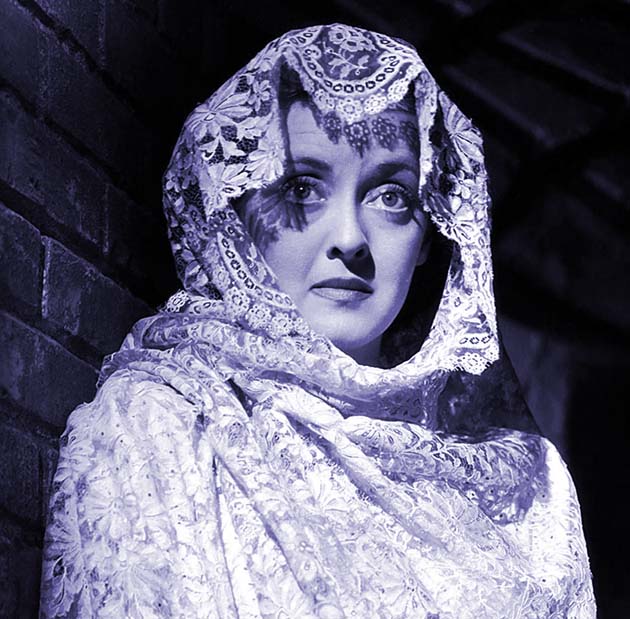 Perhaps what’s most remarkable about the 1940 version of The Letter is that all this heavy drama focused on not infrequent scenery-chewer Bette Davis could easily have derailed into high camp.

For instance, at one point Leslie meets the Hammond widow* (Gale Sondergaard), a mysterious Eurasian woman who is in possession of the incriminating letter. In lesser hands, this unabashedly stylized scene could have become unintentionally hilarious; but thanks to William Wyler’s direction, Max Steiner’s moody score, Tony Gaudio’s film noirish lighting, and femmes fatales Bette Davis’ and Gale Sondergaard’s impeccably modulated performances, the meeting of these two venal enemies remains one of the dramatic peaks of Hollywood storytelling. It’s a crime that Sondergaard failed to be nominated for that year’s Best Supporting Actress Oscar.

Also worth mentioning are the performances of Herbert Marshall and James Stephenson. Marshall, who played the murdered lover in the 1929 film version (stage legend Jeanne Eagels played Leslie), brings dignity to the difficult role of the cuckolded husband. In Marshall’s hands, Robert Crosbie’s cluelessness is tragic, not funny. (Marshall’s performance in the 1929 film is by far its best. In that version, the lover is an actual role.)

British stage player James Stephenson, who in The Letter has about as much screen time as Bette Davis (his Best Supporting Actor Oscar nomination notwithstanding) also happens to be Davis’ equal in the acting department. This was a rare instance of Davis finding herself paired with an actor just as forceful as she was.

In fact, Stephenson’s performance as the conflicted attorney is one of the greatest I have ever seen on screen. Unfortunately, the 52-year-old actor would die of a heart attack the year after The Letter was released.

Hollywood filmmaking at its best

In every imaginable way, The Letter 1940 is Hollywood filmmaking at its very best. Even the silly moralistic ending imposed by the Production Code censors fails to detract from the effectiveness of this first-rate melodrama.

* In the 1929 version, Hammond has a mistress (played by Lady Tsen Mei), not a wife. Also, in that version the lady in question was able to keep both her East Asian ethnicity and her job – a brothel madam. And finally, that pre-Production Code release kept the play’s ending: Leslie, who still loves the man she killed, goes unpunished.

Screenplay: Howard Koch.
From W. Somerset Maugham’s 1927 play, itself based on Maugham’s “The Letter,” found in the 1926 short story collection The Casuarina Tree.

Future two-time Best Supporting Actor Academy Award nominee Cecil Kellaway (The Luck of the Irish, 1948; Guess Who’s Coming to Dinner, 1967) is listed in The Letter 1940 credits, even though his character has minimal screen time. Kellaway’s scenes were likely cut from the final release print.

Both George Amy and Warren Low are credited as film editors on The Letter; however, only Low was nominated for an Academy Award in that category. (Amy was possibly an assistant editor.)

Besides Jeanne Eagels and Bette Davis, actresses who starred in various big- and small-screen versions of The Letter include Ann Sheridan (The Unfaithful, 1947), Madeleine Carroll (an episode of Robert Montgomery Presents, 1950), Sylvia Sidney (an episode of Broadway Television Theatre, 1952), and Lee Remick (TV movie, 1982).

National Board of Review: First Non-English-Language Best Film in Six...

[“This was a rare instance of Davis finding herself paired with an actor just as forceful as she was.”]

I liked the idea of Mrs. Hammond killing Leslie Crosbie for her husband’s murder. However, I would not have included the two cops who immediately showed up after the killing. Allow Mrs. Hammond to get away with it.

Even though I was born in 1951, I have seen “THE LETTER” approximately 10 times in my life and plan on buying it on Disc soon. It is one of my all time favorites of Ms. Davis’s movies. She was and i one of the greatest actress’s of all time’s. And though she said she wasn’t beautiful, if you look at her in her early works, she was quite a beauty and I bet turned many young man’s eye and heart.
The only thing that bothers me about the movie is they weren’t allowed to follow through with the true ending because of the prudish Prodoction Code. That was the downfall of a lot of movies greatness.

Andre, superb review! “The Letter” is one of my favourite movies, although it seems to have been largely forgotten today. And, of course, there’s that final eruption and the moonlight shadows… unforgettable.