Terrence Malick’s 1950s-set family drama The Tree of Life, which stars Brad Pitt, Sean Penn, and Jessica Chastain, was perhaps the most eagerly anticipated film at the 2011 Cannes Film Festival.

It would be inaccurate to say that the enormous amount of interest from cinema aficionados had to do solely with the fact that Malick hasn’t made a movie since The New World back in 2005, or that The Tree of Life had been in gestation for four decades, or that it was shot three years ago and has been in post-production ever since. After all, had Malick been a Polish or Senegalese or Canadian filmmaker – or even a French one, right there, in Cannes – most international film journalists and fans wouldn’t have given a damn even if the concept for the upcoming film had been in the filmmaker’s head for four centuries and the post-production stage had lasted three decades.

And that’s understandable. Chances are they wouldn’t have seen – or even heard of – any of the away-from-Hollywood auteur‘s previous film work. They probably wouldn’t have heard of the auteur himself. Malick, however, is Hollywood. A Hollywood maverick, but Hollywood all the same.

The French publication L’Express has published what I believe is the first review of The Tree of Life. The headline of critic Fabrice Leclerc’s piece reads: “A sensorial film, a kaleidoscope of images, Tree of Life is a unique and majestic cinematic experience.”

Leclerc, who compares The Tree of Life to 2001: A Space Odyssey and calls Malick “the spiritual son of Stanley Kubrick,” adds:

A deluge of images, planets, dinosaurs, impersonal skyscrapers, the false sweetness of the family nest: with Tree of Life, Terrence Malick ventures into a narrative experiment and visual delirium that leaves one speechless. His mastery of the craft is near perfect; there’s an idea in each frame and the film is experienced as a long and admirable voyage through creation.

Not everyone felt the same way, as there were remarks on Twitter that The Tree of Life was greeted by both loud boos and applause.

Come awards season, The Tree of Life will undoubtedly find favor with at least some American critics groups. There are so many of them, it would be all but impossible for it not to.

However, considering the fragmented narrative of the film, Best Picture Oscar chances early next year seem iffy. But then again, we now get ten nominees in that category. That could well mean The Tree of Life will be luckier than Kubrick’s 2001 back in 1968.

A Fox Searchlight release, The Tree of Life opens in the United States on May 27.

Note: A previous version of this piece erroneously stated that Malick hadn’t made a feature film since the Oscar-nominated The Thin Red Line back in 1998. Released in 2005, The New World features Colin Farrell and Christian Bale.

Below are a snippets from a few The Tree of Life reviews. Terrence Malick’s first film since The New World (2005), The Tree of Life stars Brad Pitt, Sean Penn, and Jessica Chastain. Malick’s latest was screened at the Cannes Film Festival, where it’s in competition for the Palme d’Or.

Brandishing an ambition it’s likely no film, including this one, could entirely fulfill, The Tree of Life is nonetheless a singular work, an impressionistic metaphysical inquiry into mankind’s place in the grand scheme of things that releases waves of insights amidst its narrative imprecisions. … As such, it is hardly a movie for the masses and will polarize even buffs, some of whom may fail to grasp the connection between the depiction of the beginnings of life on Earth and the travails of a 1950s Texas family. Todd McCarthy, The Hollywood Reporter.

Few American filmmakers are as alive to the splendor of the natural world as Terrence Malick, but even by his standards, The Tree of Life represents something extraordinary. The iconoclastic director’s long-awaited fifth feature is in many ways his simplest yet most challenging work, a transfixing odyssey through time and memory that melds a young boy’s 1950s upbringing with a magisterial rumination on the Earth’s origins. Result is pure-grade art cinema destined primarily for the delectation of Malick partisans and adventurous arthouse-goers, but with its cast names and see-it-to-believe-it stature, this inescapably divisive picture could captivate the zeitgeist for a spell. (Justin Chan, Variety.)

The new Terrence Malick [film] is a metaphysical meditation – on Good and Evil, Nature and Grace – of an incredible formal beauty. If the narrative is at times confusing, frequently going back and forth between the past and the present, memories and visions, the Texan master has created a unique work and probably his most personal film. (Paris-Match.)

An experimental work, The Tree of Life seems to be Malick’s most free and most hermetic work. Some will surely poke fun at this science-fictional encounter between 2001: A Space Odyssey and Jurassic Park. (Romain Le Verne, excessif.com.) 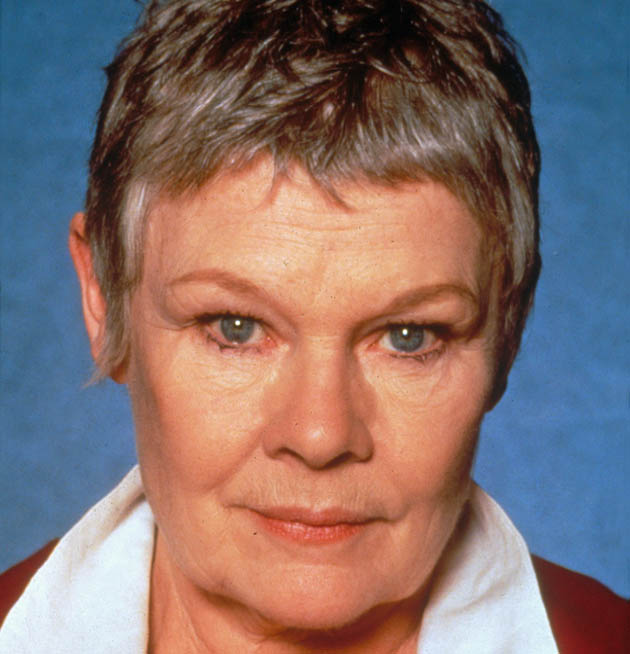 Judi Dench to star in zombie comedy ‘The Curse of the Buxom Strumpet’?

The Curse of the Buxom Strumpet may make zombie movie non-aficionados reconsider their stance.

To be directed by Matthew Butler, if all goes as planned the curiously titled zombie comedy will feature none other than Judi Dench and Ian McKellen, in addition to Gillian Anderson and Mark Williams. (See further below an update re: Judi Dench and The Curse of the Buxom Strumpet.)

Judi Dench and Ian McKellen have eight Academy Award nominations among themselves: six for Dench, two for McKellen – including the former’s Best Supporting Actress Oscar win for her portrayal of an imperious Queen Elizabeth I in John Madden’s Shakespeare in Love.

Co-written by director Matthew Butler and Tori Hart, the 18th century-set The Curse of the Buxom Strumpet chronicles the plight of a seaside town’s denizens who suddenly come down with a deadly illness.

The film is supposed to be a sort of expanded version of Butler’s short E’gad Zombies, which also featured Ian McKellen. Filming is scheduled to commence in Scotland later this year.

Judi Dench out of ‘The Curse of the Buxom Strumpet’

If the info on the IMDb is accurate, looks like Judi Dench has been replaced by Imelda Staunton.

The Curse of the Buxom Strumpet has a tentative 2014 release date. 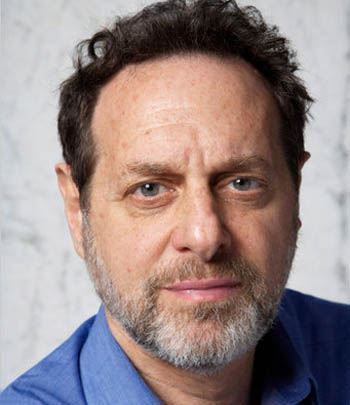 Donald Krim, the president of DVD and film distributor Kino International and co-president of the recently formed Kino Lorber, died today at his New York home following a year-long battle with cancer. He was 65.

As head of Kino International since 1977, Krim, who reportedly discovered the magic of movies after watching Disney’s Cinderella in 1950, helped to introduce some of the world’s most respected filmmakers to American audiences.

Among those – untouchables, as far as the U.S. majors are concerned – are:

Also notable are two discs dedicated to silent era superstar siblings Norma Talmadge (Kiki, Within the Law) and Constance Talmadge (Her Sister from Paris, Her Night of Romance).

An American History graduate from Columbia University, where he also obtained his law degree, Donald Krim (born Oct. 5, 1945, in Newton, Mass.) began working in the film business at United Artists.

Following a stint as the head of the studio’s 16mm non-theatrical film rental division, Krim worked on the formation of United Artists Classics, described as the first major-studio-owned arthouse division and the model for Fox Searchlight and Sony Pictures Classics.

In 2000, he received the Mel Novikoff Award from the San Francisco Film Festival, for his efforts to “enhance the filmgoing public’s knowledge and appreciation of world cinema.” In 2006, he was the recipient of the National Board of Review’s William K. Everson Award for Film History, and that same year the Anthology Film Archives gave him the Film Preservation Honors Award.

A memorial service for Kino International’s former president Donald Krim will be held on Tuesday, Sept. 27, between 10 a.m.-12 noon, at the Film Society of Lincoln Center’s Walter Reade Theater in New York City.

The former President of DVD and film distributor Kino International, Krim later became co-President of the recently formed Kino Lorber. He died last May 20 at his New York home following a year-long battle with cancer. He was 65.

The Walter Reade Theater is located at 165 West 65 St.