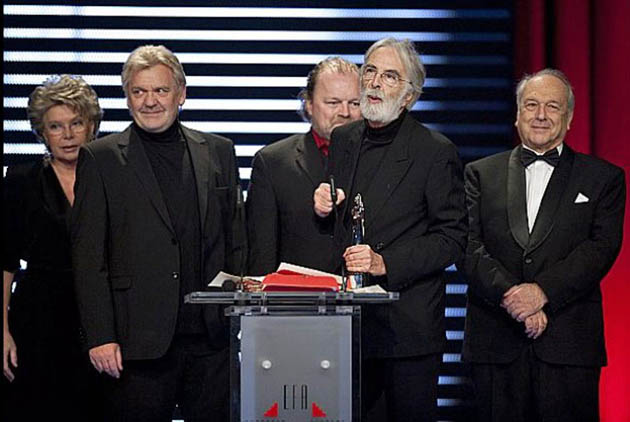 Michael Haneke’s The White Ribbon / Das Weiße Band movie was the big winner at the 2009 European Film Awards, held on Dec. 12 in Bochum, in Germany’s Rhein-Ruhr region. A stark drama about mysterious and violent occurrences taking place in a small German town shortly before the outbreak of World War I, The White Ribbon won trophies for Best Picture, Best Director, and Best Screenplay (also Haneke) – something unusual, as European Film Academy members like to spread their awards around.

* Throughout much of the 1990s, the European Film Awards were a downsized version of their earlier (1988–1989) and later (21st century) selves. As a result, some years had no Best Director or Best Screenwriter slots.

Considering that the Academy of Motion Picture Arts and Sciences’ Best Picture list has been stretched out to include ten nominees, it’s possible that The White Ribbon, which opens later this month in Los Angeles, will nab a slot – in addition to potential Best Director and Best Original Screenplay nods. That is, unless the European Film Awards Curse strikes again.

In the last seven years, only two Best European Film winners have gone on to receive Academy Award nominations: Pedro Almodóvar’s Talk to Her in 2002 and Florian Henckel von Donnersmarck’s The Lives of Others in 2006.

On the other hand, internationally acclaimed productions such as Gomorrah, Hidden, Cristian Mungiu’s abortion drama 4 Months 3 Weeks and 2 Days, and Fatih Akin’s culture clash drama Head-On were completely ignored by the Academy. Too good for the Oscars, perhaps.

Possibly the downbeat The White Ribbon will be luckier than its predecessors, but with Academy voters (and U.S.-based critics’ groups, for that matter) you never know. Up in the Air, Invictus, and The Princess and the Frog probably have a better chance.

Tahar Rahim at the European Film Awards. With only a couple of minor film roles to his credit (The 9/11 Commission Report, Inside), Tahar Rahim was the year’s Best European Actor winner for his performance as a young hoodlum who, while behind bars, must find a safe space in the midst of rival prison factions in Jacques Audiard’s hit A Prophet. On TV, Rahim was seen in several episodes of the series La Commune.

Best Actor European Film Award winner Tahar Rahim was present at the Bochum ceremony to receive his statuette for his performance as a prison inmate enmeshed with local warring factions in Jacques Audiard’s French drama A Prophet.

Best Actress winner Kate Winslet, however, was nowhere to be found in the auditorium. Winslet was the European Film Academy’s choice for her portrayal of an illiterate, former Nazi guard who has an affair with a teenager half her age (Best Actor nominee David Kross) in Stephen Daldry’s The Reader – which happens to be a 2008 release that earned her an Oscar, a SAG Award, a Golden Globe, and a British Academy Award back in early 2009.

Winslet was present at all four cross-Atlantic ceremonies. But we’re now a couple of weeks away from 2010. The Reader and its “awards season” are in the past.

And this perfectly avoidable reduction in star wattage – and resulting reduction in worldwide publicity – is one good reason for the European Film Academy to change their eligibility schedule.

Veteran British filmmaker Ken Loach (Kes, The Wind That Shakes the Barley), who received the European Film Academy’s Lifetime Achievement Award, didn’t say anything about the Academy’s eligibility schedule, but he did say that Europeans have something to learn from the Americans.

No, not how to make movies or produce awards ceremonies. “The U.S. government supports its steel and agricultural industries,” Loach remarked. “Why can’t our politicians protect European film?”

As an aside, according to filmmaker Tomm Moore, whose The Secret of Kells was up for the Best Animated Feature award, the night before the European Film Awards ceremony Loach asked audience members at a screening of his 2009 fantasy comedy-drama Looking for Eric to “make some noise about Western Sahara and the plight of one their leading human rights activists who is currently on hunger strike in Lanzarote airport.”

That’s Aminatou Haidar. You can read more about the issue in The Guardian.

Even though multiple Oscar winner Slumdog Millionaire was old news, director Danny Boyle was in attendance to pick up the People’s Choice Award for Best Film. That and Anthony Dod Mantle’s Best Cinematography win – also for his work on Lars von Trier’s Antichrist – were the only two statuettes the worldwide sleeper hit was handed in Bochum. What a difference 10 months make.

Among the other European Film Award winners were: 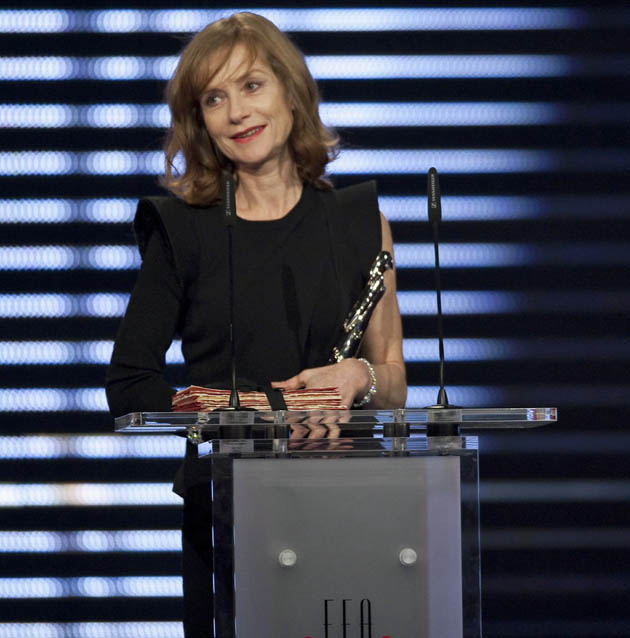 European Achievement in World Cinema recipient Isabelle Huppert – appropriately introduced by veteran filmmaker Volker Schlöndorff as “a woman who isn’t afraid of anything” – began her speech in English and then switched to French, stating that cinema, “a voyage that is both internal and external,” should be the “European language.”

Perhaps, but for the European Film Awards to become a major cinematic event of global importance it needs more than just a “language” or even good films. It needs a new awards season schedule.

Below you’ll find our – somewhat off the mark – 2009 European Film Awards predictions, posted earlier this month.

Early Dec. 12: What movie is going to dominate the 2009 European Film Awards, to be held tonight in Bochum, in Germany’s Rhein-Ruhr region?

All three have already won major awards elsewhere: the first two at Cannes; the third title in Hollywood and Britain.

Will the three favorites end up splitting the vote so that a dark horse will come out victorious? No chance. In these types of races, simplistic theories about dark horses winning because favorites split the vote are both bad math and bad logic. After all, if voters watched all six movies (or any combination of the six) every movie in the running will “split” votes.

In other words, in case Stephen Daldry’s The Reader, Tomas Alfredson’s Let the Right One In, or Andrea Arnold’s Fish Tank take home the Best European Film/Director awards, that will mean only one thing: the winner, whichever movie it is, was no dark horse to begin with.

Anyhow, of the three favorites – i.e., the three most widely publicized titles – Slumdog Millionaire is the one with less of a chance simply because by now it’s de facto yesteryear news.

On the other hand, both The White Ribbon and A Prophet have been submitted for Academy Award consideration in the Best Foreign Language Film category, and it’s quite possible that the former will receive Oscar nominations for Best Picture, Best Director, and/or Best Original Screenplay. In other words, Haneke’s and Audiard’s dramas are very much of the here and now.

Admittedly, in spite of being a Best Documentary Feature Oscar semifinalist, Agnès Varda’s The Beaches of Agnès lost the European Film Award (announced a while back) to Peter Liechti’s The Sound of Insects: Record of a Mummy. But bear in mind that a small jury panel selected the year’s Best European Documentary; a much larger body – something that generally leads to well-known, well-regarded, “safe” winners – will be choosing the Best First Feature. 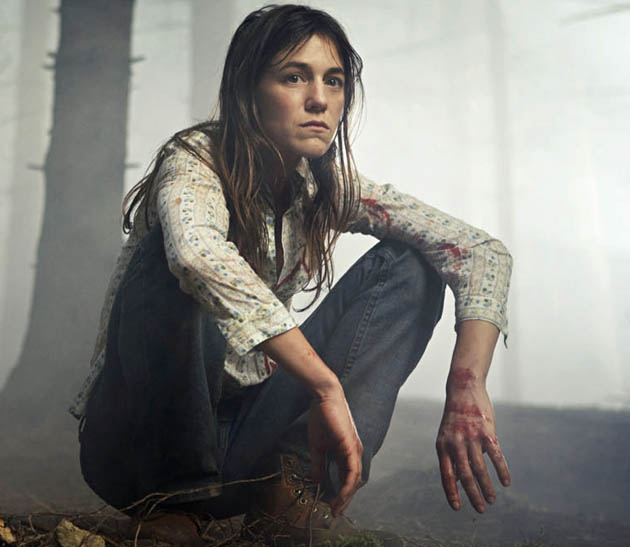 In the Best European Actress category, Penélope Cruz has already won – for Volver in 2006. And since she has a borderline supporting role in Broken Embraces, acclaimed Cannes winner Charlotte Gainsbourg should be the one taking home the award for her bereaved sexed-out mother in Lars von Trier’s Antichrist.

But who knows? Oscar winner Kate Winslet (for The Reader) could be the dark horse who splits the vote with the brown one (Katie Jarvis for Fish Tank) so the rainbow-colored equine (French Academy’s César winner Yolande Moreau in Séraphine) can win.

For the Best European Actor award, the race is between two Cannes favorites: Tahar Rahim for his tough inmate in A Prophet and Filippo Timi for two roles – Italian dictator Benito Mussolini and his son in Marco Bellocchio’s Vincere.

Both actors have received much more acclaim than David Kross (The Reader) or Dev Patel (Slumdog Millionaire). As for Moritz Bleibtreu, he is a respected performer – but as some would say, The Baader Meinhof Complex is so 2008.

Unlike the Hollywood Academy voters, European Academy members like to spread their love around. In the last five years, only one film managed to win all three awards: Matteo Garrone’s Gomorrah in 2008.

Tomm Moore’s The Secret of Kells, one of the 2010 Best Animated Feature Academy Award semifinalists.

A hard call, but the award should end up in the hands of Oscar winner Anthony Dod Mantle for this year’s Antichrist and last year’s Slumdog Millionaire.

Alberto Iglesias for Broken Embraces, if only to give some recognition to Pedro Almodóvar’s film. 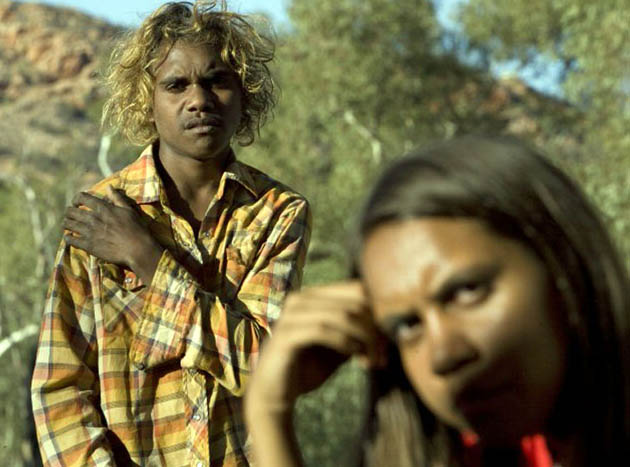 Samson & Delilah: 2009 film toplining newcomers Marissa Gibson and Rowan McNamara was the big winner at the Australian Film Institute (AFI) Awards, collecting eight statuettes, among them Best Film, Best Director (Warwick Thornton), Best Original Screenplay (also Thornton), Best Cinematography (Thornton once again), and two Young Actor awards for Gibson and McNamara. Both performers had also been in the running in the Best Actress/Best Actor categories, but they lost to, respectively, Frances O’Connor for Blessed and Anthony LaPaglia for Balibo.

Winner of the Caméra d’Or at the 2009 Cannes Film Festival and the Best Film choice at the Asia-Pacific Screen Awards – in addition to being Australia’s submission for the 2010 Best Foreign Language Film Academy Award – Samson & Delilah is a coming-of-age drama set in a remote Aboriginal community in Central Australia, where two teenagers attempt to cope with a life of violence, poverty, and substance abuse. Following a particularly brutal confrontation, the young couple set out on their own, facing various obstacles along the way.

Samson & Delilah is the second film focusing on Australia’s Aborigines to win the AFI’s top prize in the last four years. In 2006, Rolf de Heer and Peter Djigirr’s Ten Canoes, set among Aborigines of long ago, also came out victorious.

Frances O’Connor was voted Best Actress for her portrayal of a distraught welfare-recipient mother in Ana Kokkinos’ Blessed, while Rachel Griffiths was Best Supporting Actress for Beautiful Kate, actress-turned-director Rachel Ward’s family drama about two siblings (Griffiths and Ben Mendelsohn) who share a deeply buried secret in their past.

The AFI International Award for Best Actor went to Russell Crowe for the box office disappointment State of Play. For her multiple impersonations in the made-for-television The United States of Tara, Toni Collette was Best Actress in that particular category for Australians working abroad, whether in film or on TV.

Visual effects expert Nathan McGuinness, for his part, was given the International Award for Excellence in Filmmaking. McGuinness was cited for his work on five films: Transformers: Revenge of the Fallen, The Taking of Pelham 1 2 3, Terminator Salvation, The Unborn, and The Curious Case of Benjamin Button.

Earlier this year, Geoffrey Rush (Best Actor Oscar winner for Shine, 1996) was handed the Raymond Longford Award for his contribution to Australian cinema. 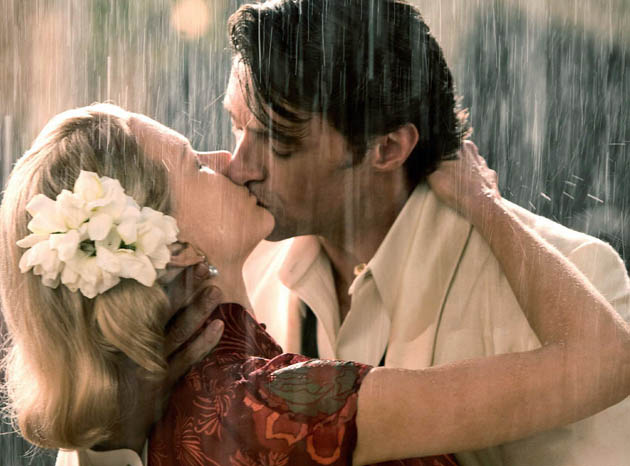 Australia: 2008 film starring Nicole Kidman and Hugh Jackman won the 2009 Australian Film Institute Awards for Best Production Design, Best Costume Design, and Best Visual Effects; in addition to a special award given to the highest-grossing movie of the year. Directed by Baz Luhrmann, the $130 million-budgeted Australia – a sprawling mix of romance, adventure, and drama – grossed $26.5 million in Australia and $211.3 million worldwide. AFI-winning costume designer Catherine Martin received an Oscar nomination earlier this year; at the AFI Awards, she shared her win with co-designer Eliza Godman.

The 2009 Australian Film Institute Award nominations were announced on Oct. 28.