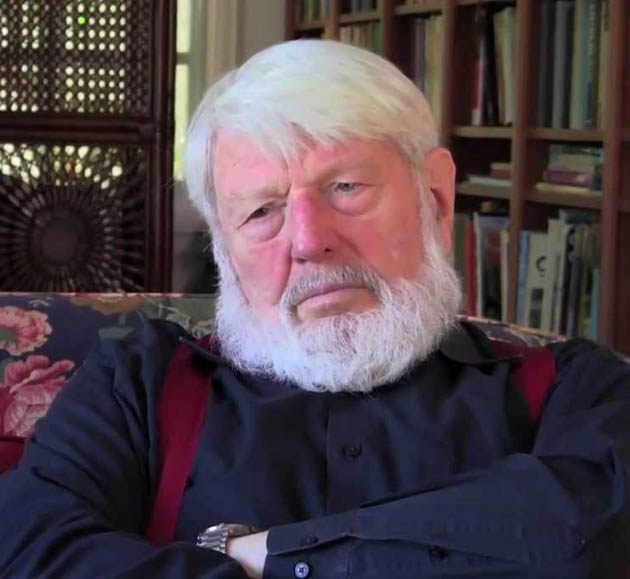 (See previous post: “Theodore Bikel: From ‘Fiddler on the Roof’ to ‘Star Trek.’”) Besides his acting and singing gigs, Theodore Bikel was a dedicated social activist, having been a longtime supporter of various causes, both cultural and political. These ranged from helping to found the Actors Federal Credit Union to being a delegate at the 1968 Democratic Convention, the Vice President of the International Federation of Actor, and a Board Member of Amnesty International USA.

Unsurprisingly, Bikel felt a strong interest in Jewish culture and sociopolitical affairs. He was an advocate for the preservation of Yiddish as a living language, chaired the Foundation for Jewish Culture’s Artistic Advisory Committee, and, for quite some time, was an ardent defender of Israel and its policies.

In the late 1970s, Theodore Bikel, at the time president of the Actors’ Equity Association, wrote an open letter to Vanessa Redgrave, whose father had helped to jump-start his career and who had recently produced and narrated Roy Battersby’s pro-PLO, TV documentary The Palestinian (1977). In his letter, Bikel wrote:

In the wake of the Holocaust, it was for years unfashionable and impolitic to say anything insulting and pejorative against Jews. Now once again you can say anything you like about a Jew as long as you call him a Zionist.

You dishonor me as a human being and as a Jew by distorting history and by pretending that there is a difference between those Jew-haters who destroyed Jerusalem 2,000 years ago and those who seek to destroy it now.

In Theo, Bikel asserts that Redgrave then tried to have him impeached as president of Equity. As he recalls, the motion was unanimously defeated. (See also: “Vanessa Redgrave Oscar Speech Controversy.”)

Yet in the early 1980s – not long after the Vanessa Redgrave / The Palestinian to-do – Bikel began denouncing Israel’s settlements on the Occupied Palestinian Territories. In recent years, he also spoke out against the Israeli government’s proposal to expel Bedouins from the Negev Desert and resettle them in towns, making a parallel to the fate of the Fiddler on the Roof Jews of Anatevka.

Ironically, the names “Theodore Bikel” and “Vanessa Redgrave” are found almost next to each other on a list of international artists – among them Mira Nair, Julianne Moore, Tony Kushner, Hal Prince, and Stephen Sondheim – supporting Israeli stage professionals who refused to take part in productions by the Cameri Theater, which Bikel had co-founded decades earlier, staged in the West Bank settlement of Ariel.

Below: Theodore Bikel recalls the Nazis’ arrival in Vienna.

I am deeply disturbed by what I perceive to be a path that Israel is on that is flawed. Israel turned itself from a society that I loved and adored, a socialist kibbutz-oriented society, into a consumerist society imitative of American qualities, and not even the best of our qualities that we have in this country. And I cannot bear the thought of Israel as an occupier of other people’s lands. I love Israel enough to want to say, write, and sing things to remind her of how she started and not to forget the dream. If I’m critical of Israel, it’s because I love Israel more, not less. I have the same attitude toward the United States, by the way.

Also in recent years, Theodore Bikel became the Chairman of the Board of Partners for Progressive Israel. Their mission statement reads as follows:

As a progressive Zionist organization affiliated with the World Union of Meretz, Partners for Progressive Israel is dedicated to two equally essential goals: First, the achievement of a durable and just peace between Israel and all its neighbors, especially the Palestinian people, based on a negotiated two-state solution. …

Second, and just as importantly, Partners for Progressive Israel is dedicated to the realization of human and civil rights, equality and social justice for all of Israel’s inhabitants – regardless of ethnic / religious identity, national origin, gender, or sexual orientation.

President of the Actors’ Equity Association

Theodore Bikel served as president of the Actors’ Equity Association from 1973–82. He was also the longtime president of the Associated Actors & Artistes of America, the federation of trade unions for performing artists in the United States.

Actors’ Equity Association mourns the passing of our dear friend, our brother and former President Theo Bikel. From the time he joined Equity in 1954, Bikel has been an advocate for the members of our union and his extraordinary achievements paved the way for so many. No one loved theater more, his union better or cherished actors like Theo did. He has left an indelible mark on generation of members past and generations of members to come. We thank you, Theo, for all you have done.

In 1977, while still at the head of the Actors’ Equity Association, he was appointed by President Jimmy Carter to the National Council on the Arts.

History as ‘language and art’

One of Theodore Bikel’s four wives was conductor Tamara Brooks, whom he married in 2008 – the same year he and Rita Weinberg Call, his wife of 31 years, were divorced. Brooks died in 2012. The following year, Bikel married Aimee Ginsburg.

His first wife was Ofra Ichilov. As per online sources, the couple were married in 1942 and divorced the following year.

In my world, history comes down to language and art. No one cares much about what battles were fought, who won them and who lost them – unless there is a painting, a play, a song or a poem that speaks of the event.

Below: Theodore Bikel discusses racism in the U.S. and remembers Humphrey Bogart and Katharine Hepburn.

Following the death of Theodore Bikel, the only surviving pre-1960 Oscar nominees in the acting categories (as of July 2015) are: