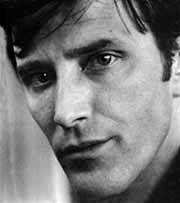 Perhaps best remembered for playing opposite Helen Mirren in the first three seasons of the British television series Prime Suspect, Tom Bell was featured in numerous films – usually in supporting roles – among them Bryan Forbes’ 1963 drama The L-Shaped Room, in which he was cast as Leslie Caron’s romantic interest; Royal Flash; Wish You Were Here; and The Krays.