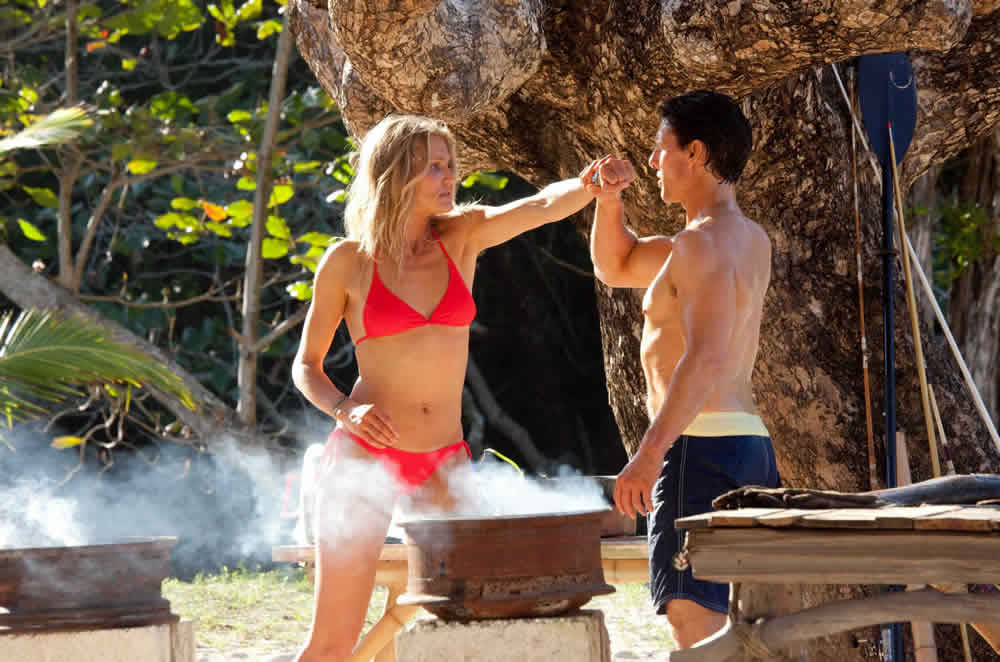 Tom Cruise and Reese Witherspoon movie in the works? Cruise is seen here with Cameron Diaz in Knight and Day.

Tom Cruise and Reese Witherspoon may be paired up in Paper Wings, a rodeo-driven love story, according to Steven Zeitchik’s Los Angeles Times blog 24 Frames. Paper Wings is currently being developed at Sony.

Director Gabriele Muccino, of Will Smith’s Seven Pounds and The Pursuit of Happyness, has been mentioned as a possibility to handle the project.

Following her Walk the Line box office and critical success, Witherspoon starred in the commercially disastrous Rendition. But in 2008 she acquitted herself to some extent with the (costly) comedy Four Christmases, which earned more than $120 million domestically.

She currently has several projects in the works, including Water for Elephants, in which she’ll co-star with Robert Pattinson and Christoph Waltz.

Tom Cruise will next be seen in the action flick Knight and Day, directed by James Mangold (Walk the Line), and co-starring Cameron Diaz and Peter Sarsgaard.

‘At the Movie’s cancelled

Michael Phillips and A.O. Scott’s At the Movies has been cancelled by Disney/ABC after 35 years.

At the Movies was started as Sneak Previews in 1975 by Gene Siskel and current tweetermeister Roger Ebert, who joined hands to give thumbs up (or down) to hundreds of films. Following Siskel’s death, Ebert kept on going with Richard Roeper, until illness ended Ebert’s television career.

Roeper then kept the torch alight with a series of guest critics. But then entered E! Entertainment Television’s much-derided Ben Lyons and Turner Classic Movies’ weekend afternoon’s host Ben Mankiewicz to appeal to a younger crowd – an idea that backfired badly.

At the Movies was brought back by the Chicago Tribune‘s Michael Phillips and the New York Times’ A.O. Scott. The duo’s last show will be on Aug. 14.

Late on Wednesday, Ebert tweeted, “RIP, ‘At the Movies’. Memories.”

Avatar, Sandra Bullock, Robert Downey Jr, James Cameron, Matt Damon, and Penélope Cruz were the top winners at the Green Planet Movie Awards, which are supposed to acknowledge the “power of movies to inspire environmental and humanitarian efforts.”

The awards are sponsored by the Southern California-based Academia Foundation and Anaheim University. Viewers from around the world select the winners. Hosted by Tamlyn Tomita, the awards ceremony took place Tuesday night at the Westin Bonaventure Hotel in downtown Los Angeles.

Also, a special tribute was held in honor of Carrie Hamilton, who died of cancer in 2002 at the age of 38. Her mother, Carol Burnett, was present at the ceremony.

On Saturday, Nov. 13, one or more of the Academy’s special awards – the Honorary Award, the Irving G. Thalberg Memorial Award, the Jean Hersholt Humanitarian Award – will be presented at the event.

Lauren Bacall, Roger Corman and Gordon Willis are the most recent recipients of Honorary Oscars, while John Calley was the latest recipient of the Thalberg Award.

Sid Ganis represents the public relations branch on the Board of Governors. Among his producer credits are Akeelah and the Bee, Big Daddy and Mr. Deeds.

The 2010 honorees will be selected at a “specially convened meeting” of the Academy’s Board in late August.

The Jean Hersholt Humanitarian Award and the Honorary Award are Oscar statuettes; the Irving G. Thalberg Award is a bust of its namesake. 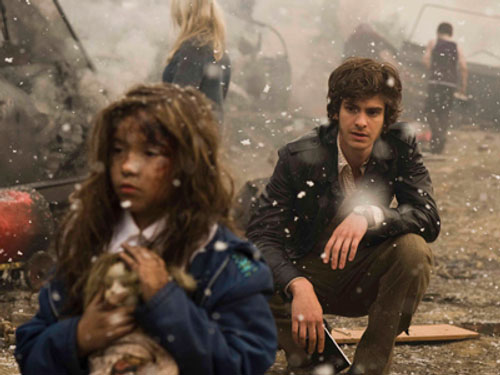 The program book had been made available only in New York for the films’ debut Roadshow presentation at the IFC Center. Now, a PDF copy of the program is available at the IFC website. The program features:

* An essay on the films by David Thomson entitled ‘Murder in the North’
* Detailed biographies of the many characters that populate this epic story
* An exclusive interview with novelist David Peace, screenwriter of all three films Toni Grisoni, the projects’ visionary producer Andrew Eaton, and the trio of directors: Julian Jarold (1974), Oscar-winner James Marsh (1980), and Anand Tucker (1983)
* And a gallery of poster alts and artwork.

Dennis Hopper, a late ’60s icon thanks to the biker movie Easy Rider, is terminally ill with prostate cancer, according to reports.

The revelation was made public after his attorney declared the 73-year-old actor-director could not be questioned by his wife’s attorneys in a deposition.

Dennis and Victoria Hopper have been in litigation since the former filed for divorce in January. The couple had been married for 14 years. In court filings, Victoria has claimed that her husband wanted the divorce so as to cut her out of her inheritance. Hopper denies that.

With his doctor’s permission, Hopper is scheduled to be present at a ceremony celebrating his new star on the Hollywood Walk of Fame on Friday. His doctor reasoned it would be a “positive experience.”

During a career that spans more than five decades, Hopper has appeared in nearly 200 movies and television productions. In addition to Easy Rider, which he co-wrote (with co-star Peter Fonda), directed, and starred in, Hopper’s most notable film efforts are George Stevens’ Giant (1956), excellent as Rock Hudson’s “weak” son; the ill-fated 1971 production The Last Movie; and Francis Ford Coppola’s Apocalypse Now (1979), in which he has a supporting role as a photojournalist.

Tia Lessin and Carl Deal’s Trouble the Water (above) and Adam Pertofsky’s The Witness – From the Balcony of Room 306 will kick off the Academy of Motion Picture Arts and Sciences’ Part Two of its 28th annual “Contemporary Documentaries” screening series on Wednesday, March 24, at 7 p.m. at the Linwood Dunn Theater in Hollywood. Admission to all screenings in the series is free.

The Witness – From the Balcony of Room 306 is a retelling of civil rights leader Martin Luther King’s assassination as witnessed by the Reverend Samuel “Billy” Kyles on April 4, 1968. Directed by Pertofsky and produced by Vicki Tripp, R. Stephan Mohammed and Margaret Hyde, The Witness – From the Balcony of Room 306 earned an Academy Award nomination for Documentary Short Subject. Hyde will be present to take questions from the audience following the screening.

Trouble the Water tells the story of two New Orleans denizens who try to begin life anew in the aftermath of Hurricane Katrina. Trouble the Water earned an Academy Award nomination for Documentary Feature. Lessin and Deal will be present to take questions from the audience following the screening.

The 28th annual “Contemporary Documentaries” series is described as “a showcase for feature-length and short documentaries drawn from the 2008 Academy Award nominations, including the winners, as well as other important and innovative films considered by the Academy that year.”

The screening schedule for Part Two, which runs through June 2010, is as follows:

At the Death House Door
Directed and produced by Steve James, Peter Gilbert

All films will screen at the Linwood Dunn Theater at the Academy’s Pickford Center for Motion Picture Study on Wednesdays at 7 p.m. All seating is unreserved. The filmmakers will be present at screenings whenever possible.