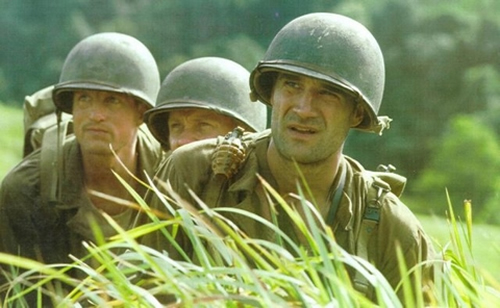 The International Cinephile Society has released its list of the top 100 films of the ’90s.

Now, before you start calling the ICS members some really unkind names because James Cameron’s Titanic (1997) and Steven Spielberg’s Saving Private Ryan (1998) weren’t included among their top 100, bear in mind that the Society has the word “Cinephile” – lover of film – in its title.

The ICS’s top choice was Terrence Malick’s World War II drama The Thin Red Line (1998), hardly one of my favorite war movies (those star cameos made much of the action look phony). Yet, in my invariably humble opinion, The Thin Red Line is eons superior to that year’s best director Oscar winner, Saving Private Ryan.

Whether or not you agree with the ICS choices – and many of them I found baffling – you may discover on their list some good stuff you’d never even heard of. And that’s what makes such lists worth reading.

According to its website, “the International Cinephile Society is an online group made up of 60 accredited journalists, film scholars, historians and other industry professionals who cover film festivals and events on five continents.”

Below are their top-ten movies: