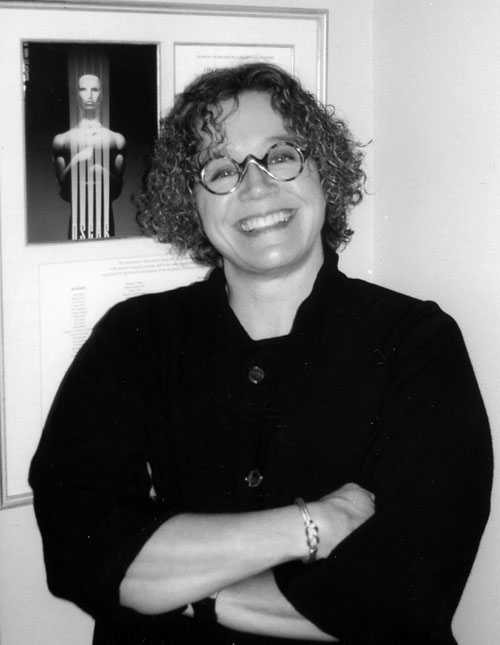 Winner of the audience award for best documentary at the 2009 edition of San Francisco’s gay film festival, Frameline, Dee Mosbacher (right) and Fawn Yacker’s Training Rules – screening at Los Angeles’ Outfest tomorrow, July 11, at 4:30 p.m. at the FAIRFAX 1 (on a double bill with Elizabeth Hesik’s Lady Trojans) – tackles the issue of anti-gay bigotry in women’s sports, particularly at the Pennsylvania State University.

For nearly three decades, Penn State’s Lady Lions basketball coach Rene Portland (above, lower photo), known as “The Mommy Coach,” insisted that in her team there would be absolutely no drugs, no booze, and no lesbians – purportedly with the intent of removing the stigma of lesbianism from women’s sports. In 2006, the National Center for Lesbian Rights (NCLR), on behalf of dismissed player Jennifer Harris, filed charges against Portland, athletic director Tim Curley, and the university itself. As per the film’s website, “the suit alleged discrimination based on perceived sexual orientation, racism and gender stereotyping.” (Portland, for her part, has publicly stated that sexual orientation had nothing to do with Harris’ dismissal.)

In addition to presenting Harris’ case, Training Rules also shows several other sportswomen who were discriminated against because of their supposed sexual orientation. Apparently, it wasn’t necessary for the women to be lesbians. They just had to be perceived as such.

Filmmaker Dee Mosbacher, who was nominated for an Academy Award in 1994 for the documentary short Straight from the Heart (co-directed by Frances Reid), has kindly agreed to answer a few questions (via e-mail) about Training Rules for Alt Film Guide. See below. 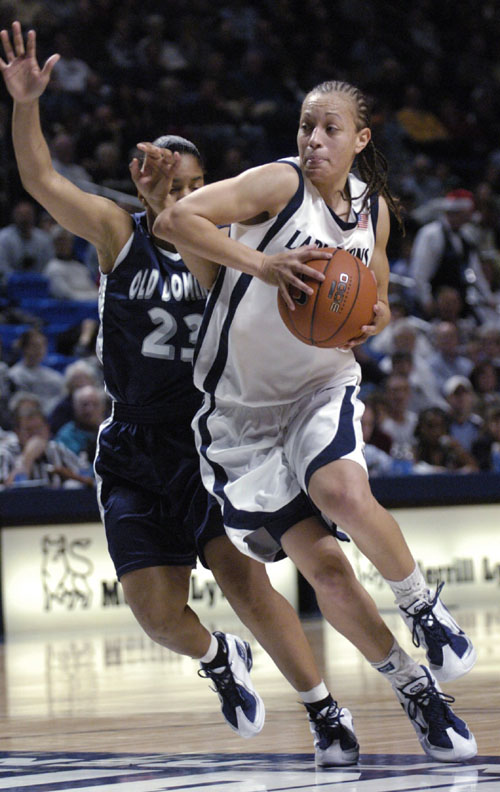 First of all, what made you decide to make a documentary about anti-gay bias in women’s sports – more specifically at Penn State?

In 1994, I made what I believe to be the first-ever film about homophobia in women’s sports called Out for a Change. While making the film, we heard about a women’s basketball coach at Penn State who was rumored to be discriminating against anyone she thought to be a lesbian. The folks who knew about her despaired of ever putting a stop to her blatant discrimination. After all, this coach had been allowed to flourish at Penn State since 1980, even though in 1986 she told the Chicago Sun Times that one of the first topics she brings up in recruiting is lesbian activity, saying, “I will not have it in my program.” It was a point of pride. That coach was Rene Portland.

Fast forward to 2006. I was at work on another, more generic update of Out for a Change when I heard that one brave individual, Jennifer Harris, a high scorer on Portland’s team, was suing Rene Portland and the University because she thought coach Portland had dismissed her because of an assumption that she was a lesbian. I realized then that this story must be told.

Furthermore, the film would serve as a lens through which to view homophobia in women’s sports in the 21st Century. That’s when I asked Fawn Yacker, who had been my cinematographer, to partner with me to make Training Rules.

Considering that Training Rules deals with a volatile issue and that the people involved are very much alive, did you run into difficulties while making your documentary? Did anyone or any institution try to prevent you from proceeding with your film?

It was a very tough film to make. About three quarters of the way through the film, Jennifer Harris asked if we would destroy the extensive interview that we had done with her about the case. So, we were challenged to make the documentary without the protagonist (Harris) or the antagonist (Portland) who, for obvious reasons, was not willing to speak with us.

Luckily, we not only had very co-operative parents in Lambert and Pearl Harris, but we also had players from every decade of Portland’s tenure who were willing to tell their painful and very consistent stories on camera.

How difficult (or easy) was it to get the women who had been discriminated to come forth with their stories?

The women who came forward to tell their stories were extraordinary. At the world premiere of the film in Philadelphia, one of the state attorneys who had known of the human rights complaint that was filed coincident with the lawsuit intimated that the women willing to talk to me were just the tip of the iceberg of the students, coaches and staff affected during Portland’s 27 years at Penn State.

Have you heard from Rene Portland – or anyone associated with her – after the film was completed?

No. We made a diligent effort to find her, but it was clear she had no interest in talking to us.

I would like to clarify something. Although we’ve been discussing the Penn State case, I want to make sure that you understand that this form of discrimination, based on sexual orientation goes on every day at colleges, universities, high schools and in professional sports. And it happens to both women and men, albeit in very different ways.

So, what about men’s sports? Would you say that blatant homophobia is an issue there as well? If so, are there any differences in the way it’s “practiced” or …?

The assumptions about women and men’s sports are polar opposites. If you’re a woman and you play sports, often the better you are, the more likely that you are presumed to be a lesbian. It doesn’t matter whether you are straight or gay; the assumption is there. That’s why you see so many ponytails and so much make-up on the court. If you can just look femme enough, perhaps you can escape that assumption, and you can keep your starting position, your scholarship, your coaching job, etc.

Since Title IX came into being in 1972 [prohibiting sex-based discrimination in education programs] and money flowed into women’s athletics, the number of female coaches has declined from 90 percent to 42 percent. It’s not because women can’t coach. It’s because of homophobia! If athletic directors hire men, they don’t need to worry about the “lesbian issue.”

Conversely, if you are a man who plays sports, particularly butch sports, you are presumed to be straight. The better you are, the less likely that you could be gay. The whole men’s sports industrial construct exists on this assumption. If one of these butt-slapping, towel-snapping “manly men” came out, it could be very dangerous. Retired NFL player Esera Tuaolo and others have talked about the constant fear they lived with – of being discovered and of being hurt or even killed.

Are you working on something else at the moment – or any film plans for the near future?

Whenever I speak out loud about plans for another film my spouse of 34 years, Nanette, gives me the evil eye. So, I’m just fantasizing right now.

Congratulations, Dee! 40 years later, I still admire your spirit and your ethics. Check me out at titanians.org I still think of you as a dear friend - and I’d love to talk with you.