‘Travelin’ Thru’ + ‘Nobody Jesus But You’: Eclectic Best Song Oscar List 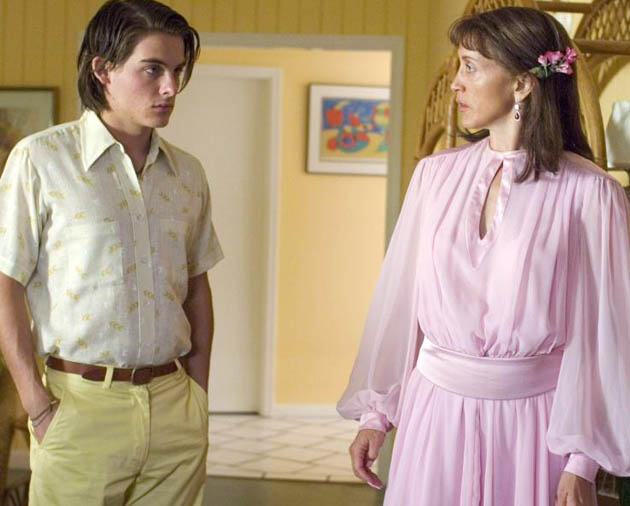 Travelin’ Thru the Transamerica way. Kevin Zegers and Felicity Huffman star in Duncan Tucker’s “family values” road movie Transamerica, which follows a pre-op male-to-female transsexual (Huffman) who becomes acquainted with her gay-porn-star-to-be son (Zegers) as they travel from New York City to Los Angeles. Dolly Parton’s “Travelin’ Thru” is one of the dozens of highly eclectic contenders for a Best Song Academy Award nomination.
Contents hide
1. Oscar Best Song longlist: From Dolly Parton’s ‘Travelin’ Thru’ to ‘Nobody Jesus But You’
1.1. Best Song Oscar eclectic longlist: ‘Travelin’ Thru’ & ‘Have a Little Faith’
1.2. ‘Charlie and the Chocolate Factory’ & ‘War of the Worlds’ among Best Visual Effects Oscar semifinalists
1.3. Slamdance Film Festival line-up: From Nazi butcher to North Korean abductors
1.4. Feature Films
1.5. Short Films

Oscar Best Song longlist: From Dolly Parton’s ‘Travelin’ Thru’ to ‘Nobody Jesus But You’

The Academy of Motion Picture Arts and Sciences has announced that 42 original songs are vying for the 2006 Best Song Academy Award. Titles on the eclectic list include Transamerica‘s “Travelin’ Thru,” Ice Princess’ “Reachin’ for Heaven,” Palindromes’ “Nobody Jesus But You,” and Hustle & Flow‘s “It’s Hard Out Here for a Pimp.”

As per the Academy’s press release, in order to be eligible for Oscar consideration, a song must consist of original lyrics and music written specifically for the film.

The release adds that in mid-January 2006 three-minute clips of each song, in random order, will be shown to Music Branch voting members who will then vote to nominate three to five songs.

“Travelin’ Thru” composer/singer Dolly Parton, by the way, has one previous Oscar nomination: for the title song of Colin Higgins’ 1980 comedy 9 to 5, starring Parton, Jane Fonda, and Lily Tomlin.

The ditties and their films are listed below in alphabetical order.

“Along the River,” End of the Spear.

“Butterfly,” Because of Winn-Dixie.

“Can’t Take It In,” The Chronicles of Narnia: The Lion, the Witch, and the Wardrobe.

“Do the Hippogriff,” Harry Potter and the Goblet of Fire.

“Face of Faith,” Rumor Has It.

“Fight for the Children,” Palindromes.

“Have a Little Faith,” The Theory of Everything.

“If I Apologize,” Mirrormask.

“It Ain’t Over Yet,” Racing Stripes.

“I’ve Gotta See You Smile,” Because of Winn-Dixie.

“Move Away and Shine,” Thumbsucker.

“My Brother, My People,” Blues by the Beach.

“Nobody Jesus But You,” Palindromes.

“One Safe Place,” The Upside of Anger.

“Same in Any Language,” Elizabethtown.

“So Long and Thanks for All the Fish,” The Hitchhiker’s Guide to the Galaxy.

“Taking the Inside Rail,” Racing Stripes.

“Tell Me What You Already Did,” Robots.

“There’s Nothing Like a Show on Broadway,” The Producers.

“These Days,” Sisterhood of the Traveling Pants.

“This Is the Way,” Palindromes.

Charlie and the Chocolate Factory with Johnny Depp. It should be no surprise that this year’s Best Visual Effects Academy Award semifinalists are all big-budget Hollywood (or part-Hollywood) productions geared to the teenage-and-under crowd. Really, no matter how serious-minded Christopher Nolan’s Batman Begins may be, it got made and seen because it was a Batman flick. Tim Burton’s fantasy Charlie and the Chocolate Factory, starring Johnny Depp in the old Gene Wilder role, and Peter Jackson’s ape flick King Kong, starring Naomi Watts in the old Fay Wray role, are two other potential Oscar contenders.

In other late December 2005 Oscar news, the Academy of Motion Picture Arts and Sciences has announced the seven films still in contention for the 2006 Best Visual Effects Academy Award. They are (director in parentheses):

Out of the seven movies, three will receive Best Visual Effects nominations. Last year’s nominees were Harry Potter and the Prisoner of Azkaban; I, Robot; and the eventual winner, Spider-Man 2. 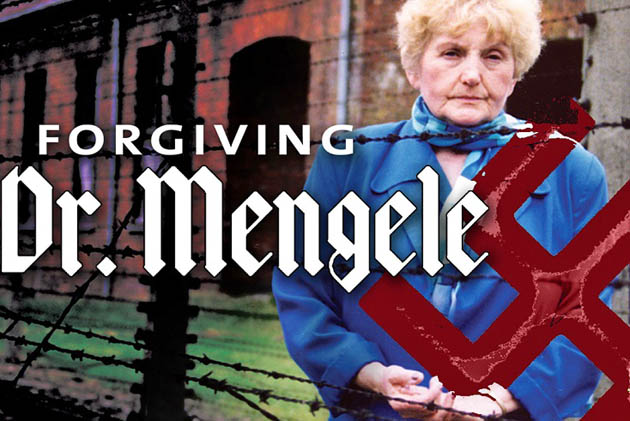 Premiere time at the Slamdance Film Festival, with numerous World, North American, and U.S. movie debuts. Bob Hercules and Cheri Pugh’s Forgiving Dr. Mengele chronicles the reaction to Auschwitz concentration camp survivor Eva Mozes Kor’s decision to forgive Nazi doctor Josef Mengele. As an aside, Mengele, who died in the state of São Paulo, Brazil, in Feb. 1979, was brought to life on the big screen by Gregory Peck in Franklin J. Schaffner’s 1978 “what if” thriller The Boys from Brazil and, in fictionalized shape, by Laurence Olivier (curiously, a Nazi hunter in The Boys from Brazil) in John Schlesinger’s Marathon Man.

Travelin’ thru Utah: The 2006 Slamdance Film Festival will be held between Jan. 19–27 in Park City, Utah.

Among the narrative features in competition are:

Among the documentary features in competition are:

Below is a partial list of this year’s Slamdance Film Festival line-up.

Find Love (USA). Dir./Scr.: Erica Dunton.
Two strangers find love when looking for it was the last thing on their minds.

The Guatemalan Handshake (USA). Dir./Scr.: Todd Rohal.
In the confusion following a massive power outage, an awkward demolition derby driver vanishes – leaving behind his friends, family and pregnant girlfriend to solve the mystery.

Liebeskind (Germany). Dir./Scr.: Jeanette Wagner.
After five years a father and daughter reunite, only to find that their new-found relationship is less than perfect.

The Other Side (USA). Dir./Scr.: Greg Bishop.
Samuel North escapes from Hell to track down the person who murdered him, but the Netherworld sends a team of Reapers to bring him back.

We Go Way Back (USA). Dir./Scr.: Lynn Shelton.
Adolescence has left 23-year-old actress Kate robbed of her bearings and her boundaries. Can a surreal confrontation with her 13-year-old self redeem her? A sly and tender depiction of one young woman’s journey of self-rediscovery.

Do You Remember Me? (Germany). Dir./Scr.: Alexander Heuken & Michaela Liechtenstein.
The story of a Thai mother who is forced to choose between keeping her youngest daughter, or giving her away to save the child’s life.

Do You Want the Elephant Music (USA). Director: Leslie Dektor.

The Boy With No Name (USA). Director: Adam Smith.

I Ran with a Grey Ghost (USA). Director: Levi Abrino.

“’Travelin’ Thru’ & ‘Nobody Jesus But You’: Eclectic Best Song Oscar List” last updated in January 2019.