Hokkaido-born, Chicago-raised Tura Satana asserted she was raped before the age of 10, an occurrence that purportedly led her to study martial arts so as to extract revenge on each of her attackers. Later on, she became an “exotic” dancer and a nude photographic model for former silent film star Harold Lloyd (Safety Last, Speedy).

In the early 1960s, she landed a couple of small film roles in A productions (Who’s Been Sleeping in My Bed?, Irma la Douce), but her acting career failed to take off.

Even so, Tura Satana has a place in film history as one of a trio of fun-loving go-go dancers – the other two go-goers were Haji and Lori Williams – who commit kidnappings and murders with equal abandon in Russ Meyer’s 1965 low-budget “exploitation” thriller Faster, Pussycat! Kill! Kill!.

Among Robertson’s other notable big-screen credits are:

In Ralph Nelson’s Charly, Cliff Robertson delivered a first-rate performance as a mentally handicapped man who is cured of his illness – only to learn that the “cure” is temporary.

Mary Murphy is best remembered for one movie: Laslo Benedek’s bike gang drama The Wild One (1953), starring Marlon Brando as a(n over-the-hill) motorcycle-riding rebel with loads of attitude and mannerisms. Murphy was cast as the small-town girl who falls in love with the biker.

Her best work, however, was done on the other side of the North Atlantic: as an actress claiming to have been involved with married filmmaker Richard Basehart in the British-made mystery drama The Intimate Stranger / Finger of Guilt (1957), directed by U.S. political refugee Joseph Losey. 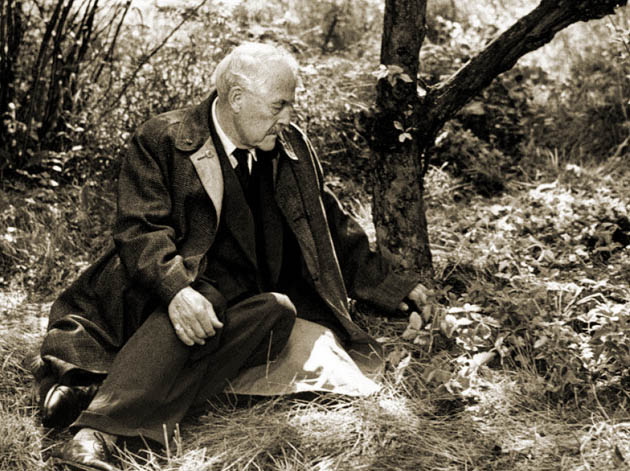 Wild Strawberries with veteran actor and filmmaker Victor Sjöström (The Phantom Carriage, The Scarlet Letter). The only cinematographer included in this year’s “TCM Remembers,” Gunnar Fischer collaborated with Ingmar Bergman on a dozen films between 1948–1960, among them three of Bergman’s most admired efforts: Smiles of a Summer Night (1955), The Seventh Seal (1957), and Wild Strawberries (1957). Although his post-Bergman work wasn’t as well known, Fischer remained busy in the 1960s, teaming up with, among others, Anthony Asquith (Two Living, One Dead, 1961) and Alf Kjellin (The Pleasure Garden and Siska, both 1962).

The only cinematographer seen in “TCM Remembers” hails from Sweden: Gunnar Fischer, best remembered for his exquisite black-and-white collaborations with Ingmar Bergman.

In 2003, Fischer received an Honorary Guldbagge – Sweden’s Oscar – from the Swedish Film Institute.

A Howard Hughes discovery, Jane Russell had her prominent cleavage displayed to advantage in Hughes and Howard Hawks’ Western The Outlaw (1941, 1943, 1946 – depending on the version), catching the eye of moviegoers while horrifying the sex-crazed folks at the Production Code Administration (PCA).

Her two other best-known star vehicles are:

Less well remembered but a cause de scandale upon its release was another Howard Hughes production, the Lloyd Bacon-directed 3D musical The French Line (1953), which, largely thanks to Jane Russell’s three-dimensional breasts – “J.R. in 3D. Need we say more?” inquired the film’s poster – was condemned by the Catholic Legion of Decency after opening in U.S. theaters without the PCA’s seal of approval.

Iconoclastic filmmaker Ken Russell is best remembered for the daring, outrageous (or obscene, in the eyes of more sensitive types), and/or self-indulgent efforts he churned out from the late 1960s to the late 1980s. Examples include:

The British Ken Russell was no relation to the American Jane Russell, a devout Christian who, despite her own involvement in cinematic polemics, likely wasn’t a fan of his films. 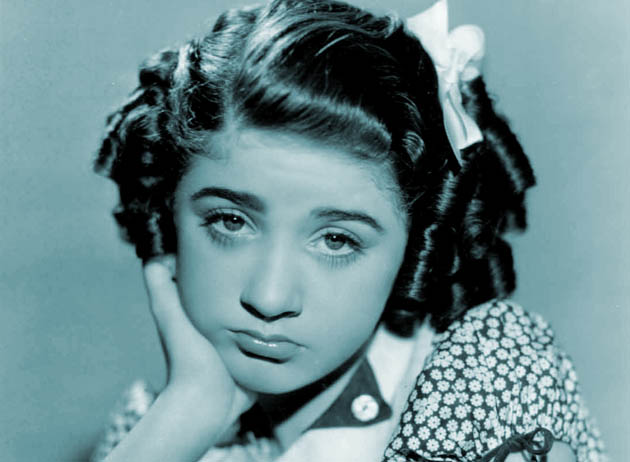 Edith Fellows ca. mid-1930s. From Tura Satana to Elizabeth Taylor, this year’s “TCM Remembers” pays homage to an eclectic group of film celebrities from around the world. Little-remembered today, Edith Fellows began her career in the early years of the sound era, eventually becoming Columbia’s more modest answer to Universal superstar Deanna Durbin, playing opposite Bing Crosby in Pennies from Heaven (1936), in addition to leads in Bs like Life Begins with Love (1937), Little Miss Roughneck (1938), and The Little Adventuress (1938). Apart from a handful of minor roles in the ensuing decades, Fellows’ Hollywood years were over at age 19 in 1942.

The biggest child star of the early 1930s, Jackie Cooper (Skippy, The Champ, Treasure Island) was seen in more than 100 film and TV productions, ranging from Our Gang shorts at the dawn of the sound era to the Superman movies starring Christopher Reeve.

Edith Fellows was most notably seen as Bing Crosby’s girl companion in Pennies from Heaven (1936), while Sybil Jason – featured opposite Al Jolson in The Singing Kid (1935) and Glenda Farrell in Little Big Shot (1935) – is probably best remembered for a couple of supporting roles in Shirley Temple star vehicles at 20th Century Fox, The Little Princess (1939) and The Blue Bird (1940). 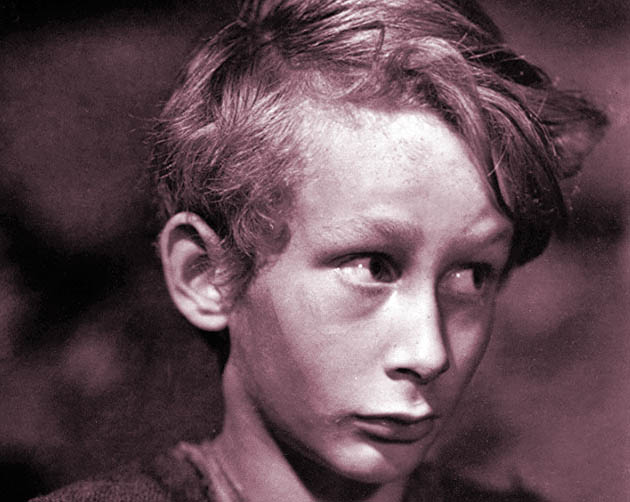 John Howard Davies in Oliver Twist. During his brief film career – four movies over the course of four years – John Howard Davies was featured in three British cinema classics: Oliver Twist (1948), The Rocking Horse Winner (1949), and Tom Brown’s Schooldays (1951). Davies’ fourth title had him as the son of cinema pioneer William Friese-Greene in John Boulting’s The Magic Box (1951), starring Robert Donat. After his film career ended at age 12, Davies went to school in France, joined the British Navy, sold carpets, moved to Melbourne, and eventually returned to the U.K., where he became a prolific TV producer (Good Neighbors, No Job for a Lady).

Now that we’ve covered Tura Satana, Cliff Robertson, Jane Russell, Ken Russell, et al., below are little snippets about some of the other film celebrities featured in this year’s “TCM Remembers” homage.