In the last couple of days, new images of eagerly anticipated 2011 releases have been cropping up online and in newsstands. These include a close-up of the eagerly anticipated Twilight sex scene – featuring Robert Pattinson and Kristen Stewart in Bill Condon’s The Twilight Saga: Breaking Dawn – Part 1 – and Rooney Mara as Lisbeth Salander in David Fincher’s The Girl with the Dragon Tattoo remake (see further below).

Above is the first image of the batch, published in Entertainment Weekly‘s 2011 film preview.

Robert Pattinson and Kristen Stewart went to Rio de Janeiro to film Edward and Bella’s honeymoon on Isle Esme, but many of the Breaking Dawn – Part 1 indoor sequences were shot in Baton Rouge, Louisiana.

The heavenly romantic interlude implied in the photo above gives absolutely no indication of the wild night of Twilight sex and feathers implied in Stephenie Meyer’s book – or of all the dire events to follow. Perhaps that’s the point. Or perhaps the point is that Summit Entertainment is carefully protecting its PG-13 investment.

Either way, that’s hardly what one would refer to as “truth in advertising.” But then again, Twilight sex scene or no, Breaking Dawn – Part 1 would never have been allowed to get too close to what is either described or implied in Meyer’s bestseller lest it be kicked in the stomach with a, horrors!, R rating.

Understandably so, as Summit needs as many adolescent butts warming up movie seats as is humanly (or vampirily) possible. After all, the two Breaking Dawn movies are by far the costliest in the Twilight franchise.

Rooney Mara as Lisbeth Salander: ‘The Girl with the Dragon Tattoo’ R-rated anti-heroine

Starring Noomi Rapace, Niels Arden Oplev’s The Girl with the Dragon Tattoo became a global blockbuster in 2010. In fact, this film adaptation of the first book in Stieg Larsson’s Millennium trilogy is quite possibly the most commercially successful Swedish production ever after Vilgot Sjöman’s I Am Curious (Yellow) (1967), which had the advantage of being banned in the United States (customs seized it as “pornography”) for two years.

After I Am Curious (Yellow) was finally released in 1969, it became a box office phenomenon in the U.S., grossing $20.23 million (or about $113 million today) in that country alone.

Rooney Mara instead of Noomi Rapace

David Fincher’s remake of The Girl with the Dragon Tattoo has The Social Network actress Rooney Mara replacing Noomi Rapace as Larsson’s R-rated titular heroine. According to W magazine, to prepare for the role of the computer hacker and amateur gumshoe Lisbeth Salander, Mara “had her eyebrows bleached, her hair chopped, and her lip, brow, nose, and nipple pierced – all in one ‘very intense’ day.”

For the W shoot, Jean-Baptiste Mondino photographed Rooney Mara, who was styled by Trish Summerville. For now, it’s unclear whether or not the above image is a fair representation of the bleached, chopped, pierced, and tattooed character moviegoers will encounter in Fincher’s film.

Also featuring the current James Bond, Daniel Craig (in the old Michael Nyqvist role), The Girl with the Dragon Tattoo opens in the U.S. in late 2011. 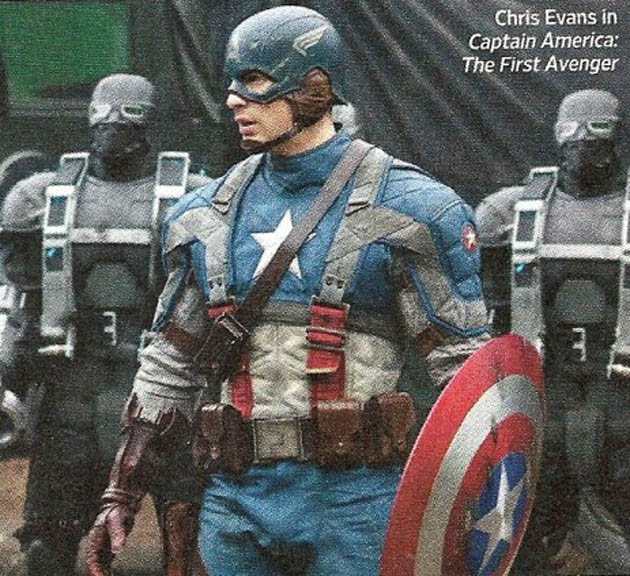 Pictured above is Chris Evans as Captain America: The First Avenger as seen in the latest issue of Entertainment Weekly. If comments posted online are to be believed, lots of Marvel Comics fanboys have been drooling all over this photo.

Apart from the gay/bisexual fanboys, it’s hard to figure out why. All one can see is a guy carrying a colorful shield while wearing a helmet, an elaborate shirt, and some tight-fitting pants that may earn the film an NC-17 rating.

Anyhow, Chris Evans is a handsome guy … but does this image, regardless of the fact that it was copied from a magazine, make the movie itself look like something not to be missed?

In that regard, however misleading, the just released Robert Pattinson-Kristen Stewart Twilight sex image from Breaking Dawn – Part 1 (see further up) and even the one showing Andrew Garfield as Peter Parker as Spider-Man (see further below) are more interesting. At least the lighting is more artistic in both of them.

Perhaps the moral of the story is that if you can’t have faithful (to the book) Twilight sex, you can at least feast your eyes on a, huh, healthy superhero. 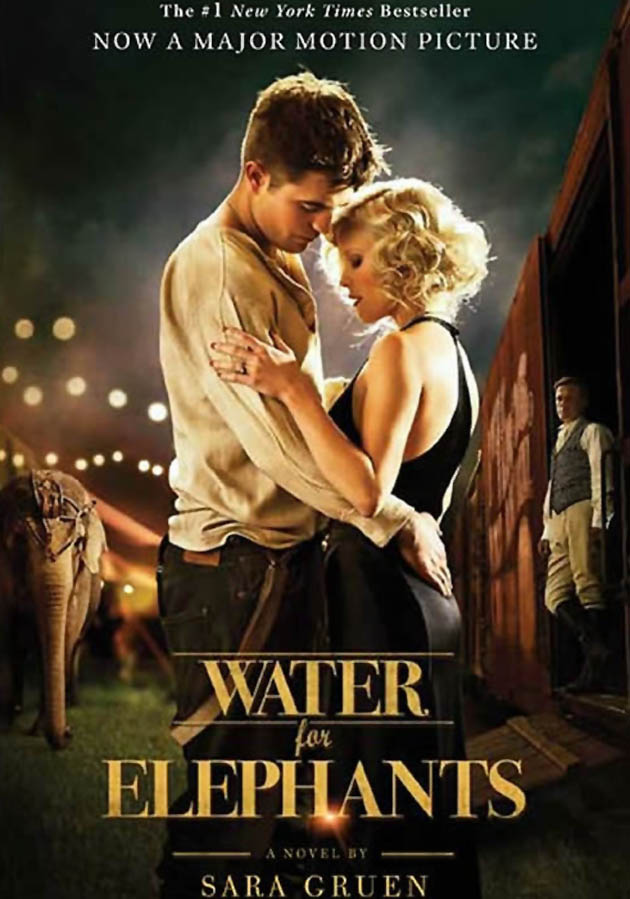 The Water for Elephants trailer promises a good-looking, old-fashioned drama. Told via flashback as Holbrook reminisces about the time he spent with a traveling circus during the Great Depression, the story centers on a love triangle involving a horse-riding girl (Reese Witherspoon), her psychopathic animal-trainer husband (Christoph Waltz), and a former medical student (Robert Pattinson). 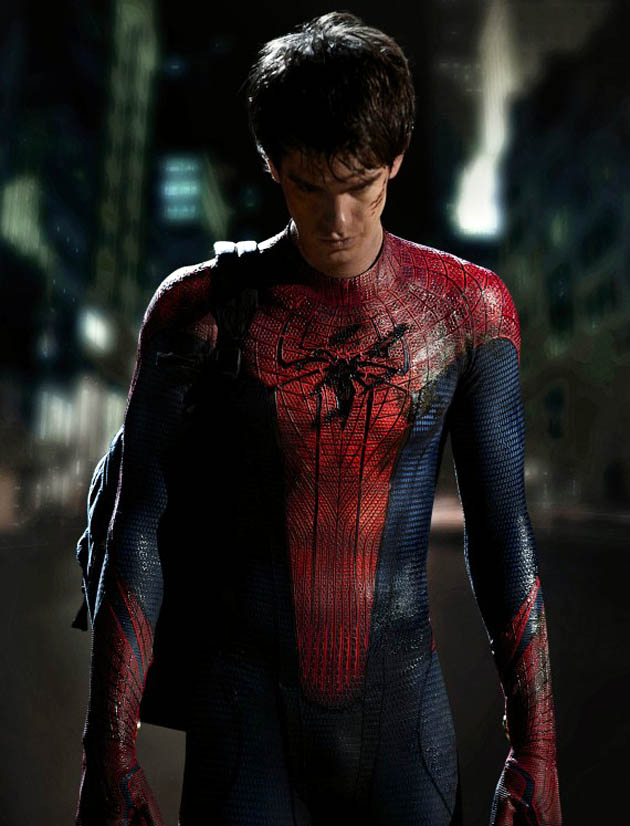 Andrew Garfield, best known as one of the performers in David Fincher’s Facebook drama The Social Network, will soon be best known as the actor who plays Peter Parker in Sony Pictures’ Spider-Man reboot.

A whole bunch of names were rumored as possible replacements for former Spider-Man Tobey Maguire – those ranged from Robert Pattinson to Chace Crawford – but Garfield was the one who landed the coveted role.

Directed by (500) Days of Summer filmmaker Marc Webb, the Spider-Man reboot will open in the U.S. and Canada on July 3, ’12.

In addition to Andrew Garfield, the new Spider-Man features the following:

Maps to the Stars Trailer: Robert Pattinson Gets Intimate with Julianne Moore

Not bad. It’s too bad their not filming two versions of the film: a rated R version and a PG-13 version.