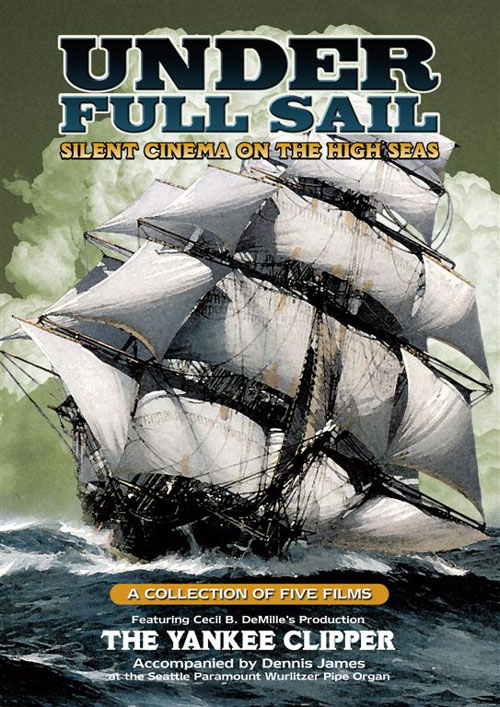 Under Full Sail – Silent Cinema on the High Seas

Flicker Alley (website) in association with the Blackhawk Film Collection has announced the release of “Under Full Sail – Silent Cinema on the High Seas,” a new DVD release featuring, as per its press release, “five breathtaking films that preserve the romance, grandeur and allure of windjammers sailing open waters, exquisitely photographed in the style of the time.”

The following information is from the Flicker Alley release:

The Yankee Clipper (1927), produced by Cecil B. DeMille and directed by Rupert Julian, restored to the most complete version available since the film’s release, is a feature-length melodrama recreating the real-life race from Foo Chow to Boston for the China tea trade. The gorgeous production filmed at sea for six weeks aboard the 1856 wooden square-rigger Indiana with stars William Boyd, Elinor Fair and Frank “Junior” Coghlan. Renowned organist Dennis James, in his solo DVD premiere, accompanies the film on an original-installation 1928 Wurlitzer pipe organ recorded at Seattle’s Paramount Theatre.

Around the Horn in a Square Rigger (1933) was filmed by noted sailor, author, and photographer Alan Villiers documenting the record-breaking 83-day voyage of the 1902 barque Parma from Australia to England in the 1933 Grain Race. Villiers writes, “We wanted to make a picture that would capture some of the stirring beauty of these ships…some glimmer of understanding of the attraction which they hold over those who sail in them.” Music by Eric Beheim.

The Square Rigger (1932), an early sound short filmed as part of Fox’s Magic Carpet of Movietone, shows life aboard the schoolship Dar Pomorza, “The White Frigate.” Built in 1909 as the Prinzess Eitel Friedrich, it was ceded from Germany to France as a prize of World War I, and was later donated to the Polish State Maritime School in 1930 where it served 50 years and trained more than 13,000 cadets.

Ship Ahoy (1928), is a unique record of the conditions and traditions of the North American lumber trade, featuring an unidentified schooner equipped with a fore and aft rig as it transports lumber from the Carolinas up the coast to a northern port. Music by Eric Beheim.

The collection is rounded off with a ten-minute sequence from Down to the Sea in Ships (1922), documenting an authentic whale hunt from the 1878 wooden ship Wanderer out of New Bedford, Massachusetts. The cameramen risk their lives to capture practices unchanged since Herman Melville immortalized them in Moby Dick. Music by Dennis James.

“Under Full Sail – Silent Cinema on the High Seas” is the seventh DVD title to be released through the partnership of Film Preservation Associates’ Blackhawk Films Collection and Flicker Alley, following Discovering Cinema, Saved From The Flames, Georges Méliès: First Wizard of Cinema (1896-1913), Abel Gance’s silent classic La Roue, Perils of the New Land: Films of the Immigrant Experience (1910-1915), and Douglas Fairbanks DVD “A Modern Musketeer.”

“Under Full Sail – Silent Cinema on the High Seas” carries a suggested retail price of $29.95.

Via Thomas Gladysz’s article in the Los Angeles Examiner:

The Edison Theatre at the Niles Essanay Silent Film Museum (website) in the Northern California town of Fremont has been screening silent films and early talkies for quite some time. As Gladysz explains in his article, that area was home to the western studios of the Chicago-based Essanay film company, among whose stars at one point were Gloria Swanson; Charles Chaplin; matinee idol Francis X. Bushman (best remembered for his villain in the 1925 version of Ben-Hur); and company co-owner Gilbert M. “Broncho Billy” Anderson (the “ay” in Essanay; the “ess” was George K. Spoor), the first cowboy star.

The Niles Essanay Museum’s line-up for the rest of April (see below) includes the must-see 1921 dramatic comedy Conrad in Quest of His Youth, a touching tale of a middle-aged man (silent-screen superstar Thomas Meighan, right) trying to relive the past only to discover the futility of his endeavor. Meighan is excellent as the Conrad of the title, getting solid support from silent-serial queen Kathlyn Williams and the lovely Margaret Loomis (a minor player who – unfortunately – never became a star). was directed by William C. de Mille (Cecil B.’s brother).

That same evening will feature a screening of Thomas H. Ince’s 1913 short Granddad, with future Oscar-winning director Frank Borzage, future Chaplin wife Mildred Harris, and future murdered director William Desmond Taylor. If only for historical reasons, that one can’t be missed as well.

I still haven’t watched George Archainbaud’s The Lost Squadron, a 1932 (talking) aviation drama with Richard Dix, Mary Astor, Erich von Stroheim, and Joel McCrea. The mere fact that Stroheim is in it makes the film worth watching. And you can’t go wrong with Mary Astor and Joel McCrea, either. And I know one person who thinks that Richard Dix is the greatest, most handsome, most accomplished actor who ever lived. (Not that I’d necessarily agree with that assessment, but I thought I’d mention it…)

And I should add that Thomas Gladysz is the head of the Louise Brooks Society website. Trust me, you don’t have to be a Louise Brooks fan to appreciate Gladysz’ work. Highly recommended.

Conrad in Quest of His Youth (1920, Famous Players-Lasky)
With Bruce Loeb at the piano
Saturday April 25 at 7:30 PM (suggested donation $5.00)
Thomas Meighan, one of the more popular stars of the day, once again displays his acting talent in the role of a man trying to recapture his youth, to both comic and dramatic effect. The evening will also include screening of two short films: Never Touched Me (1919, Rolin) with Harold Lloyd and Bebe Daniels; and Granddad (1913, Broncho) with Frank Borzage (right), Mildred Harris, and William Desmond Taylor.

The Niles Essanay Silent Film Museum will also be hosting a Broncho Billy’s Tea Dance on Sunday April 26 at 3:00 PM. The event includes an afternoon of music by Don Neely and the Royal Society Six along with dance instruction by Cynthia Glinka. Tickets are $30 adult / $25 child, student or senior. 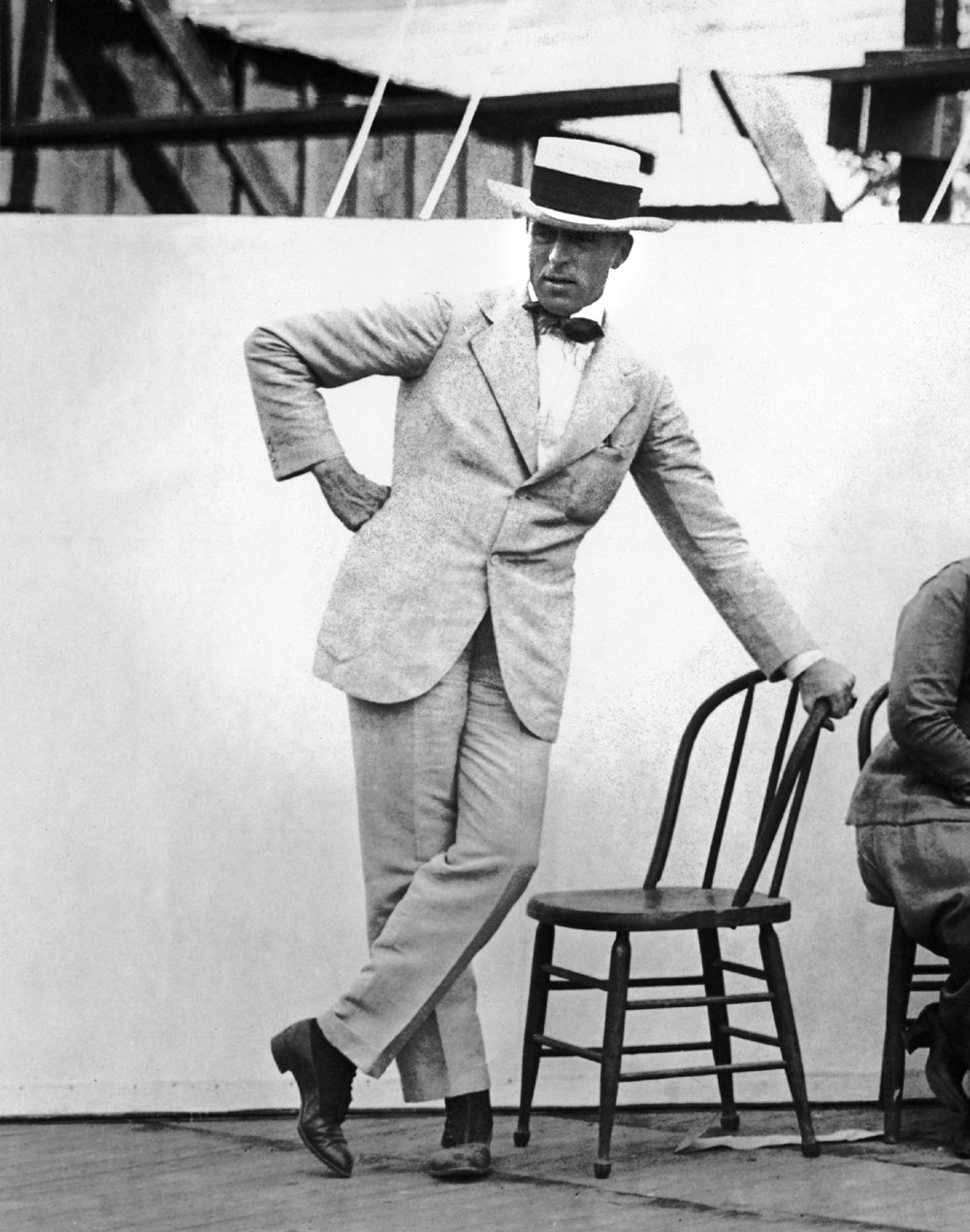 “A Century Ago: The Films of 1908,” showcasing filmmaking highlights of 1908, will be the next presentation of the Academy of Motion Picture Arts and Sciences’ series “Monday Nights with Oscar.” The screenings will be held on Monday, April 20, at 7:30 p.m. at the Academy Theater in New York City. Hosted by the Academy’s Director of Educational Programs and Special Projects Randy Haberkamp, the evening will feature live musical accompaniment by Michael Mortilla.

Among the shorts included in the “A Century Ago: The Films of 1908” presentation are Biograph’s After Many Years, in which new director D.W. Griffith (above) experiments with parallel cutting and camera movement; Vitagraph’s trick film The Thieving Hand; Gaumont’s Fantasmagorie, animated by Émile Cohl; and one of the earliest Italian productions, Le Farfalle / Butterflies, presented from a hand-tinted print.

Most films will be screened from 35mm prints drawn from the collections of the Academy Film Archive, the Library of Congress, and the UCLA Film & Television Archive, among others.

Tickets for “A Century Ago: Films of 1908” are $5 for the general public and $3 for Academy members and students with a valid ID. Tickets may be purchased online at www.oscars.org or by mail (a printable order form is available in the Events & Exhibitions section of the Web site (see Venues & Ticket Information). Tickets may also be purchased at the box office on the night of the event (subject to availability). The box office opens at 6:30 p.m. Doors open at 7 p.m. All seating is unreserved. For more information, call (212) 821-9251. 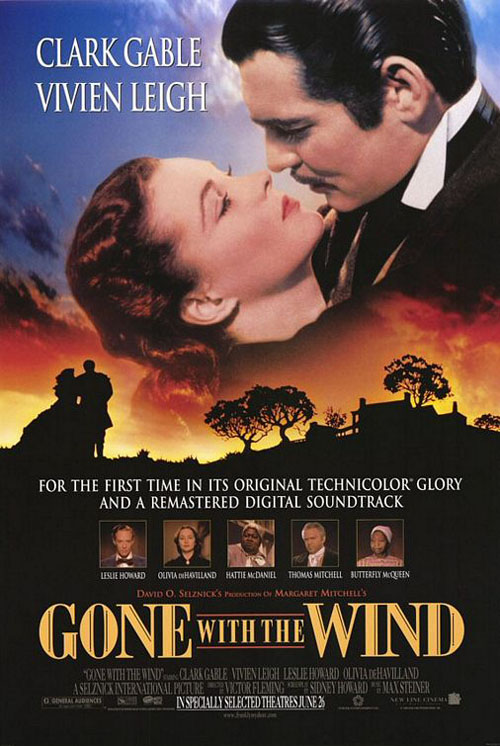 ‘Gone with the Wind’: A 70th Anniversary Celebration

Among the special events at this year’s Atlanta Film Festival, which runs April 16-25, is “Gone With the Wind: A 70th Anniversary Celebration,” with the presence of Turner Classic Movies host and film historian Robert Osborne, Baltimore Sun critic Michael Sragow, and author/critic Molly Haskell.

On Saturday, April 18, at 8:00 pm, “The Gone With the Wind Legacy” will feature a discussion with Osborne, Sragow and Haskell at the Margaret Mitchell House’s Literary Center. All three participants will be showcasing their new books: 80 Years of the Oscar: The Official History of the Academy Awards by Osborne, Victor Fleming, a Biography by Sragow, and Frankly, My Dear: Gone with the Wind Revisited by Haskell.

Additionally, Gone with the Wind will be screened at the Fox Theatre on Sunday, April 19, at 12:30pm. That event is officially sold out.

A second Gone with the Wind screening has been added on the same day at 7pm. More information can be found here.

Produced by David O. Selznick and directed by Victor Fleming, Gone with the Wind stars Clark Gable, Vivien Leigh, Olivia de Havilland, and Leslie Howard. The film won a total of eight Academy Awards, including best picture, and when taking inflation into account it remains the most successful motion picture ever made. 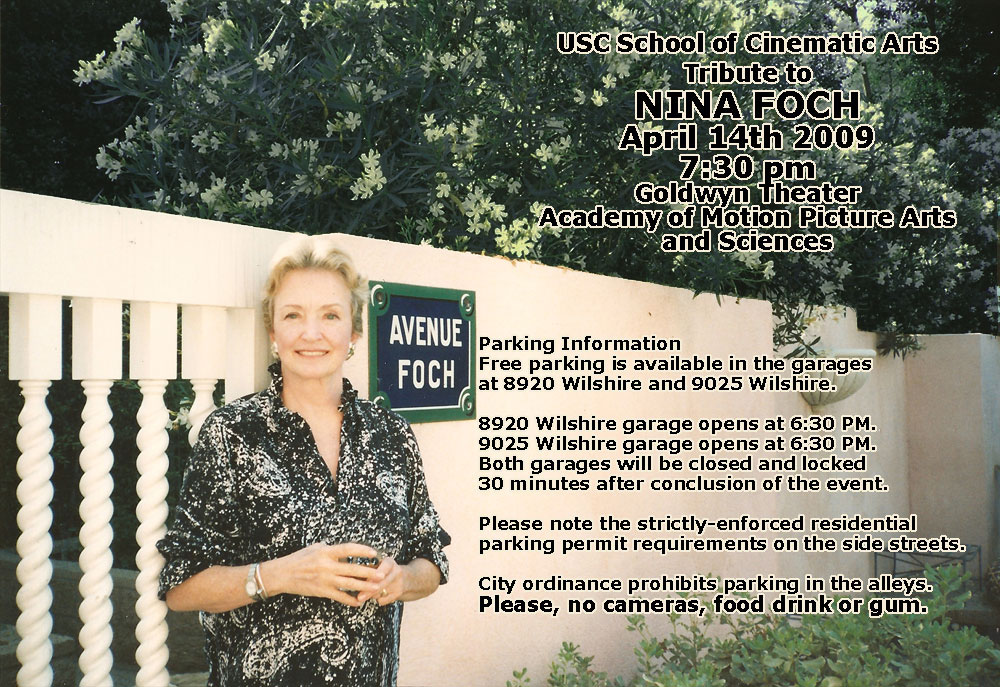 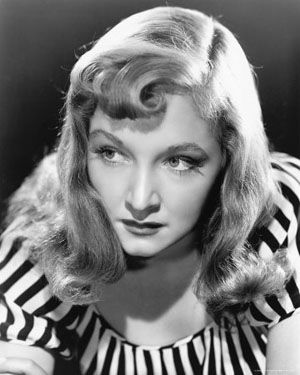 Nina Foch, who died last December, will be remembered by USC’s School of Cinematic Arts with “A Tribute to Nina Foch” on Tuesday, April 14, at 7:30 p.m. at the Academy of Motion Picture Arts and Sciences’ Samuel Goldwyn Theater in Beverly Hills. “A Tribute to Nina Foch” will feature film clips as well as onstage remembrances with several of her colleagues, students, friends, and family.

The Dutch-born stage, film, and television actress, among whose motion picture credits are the B-noir classic My Name Is Julia Ross (1945), the Oscar-winning musical An American in Paris (1951), an her Oscar-nominated supporting turn in Executive Suite (1954), was also an acting coach and a senior faculty member at the American Film Institute. Later, Foch taught for many years at the USC School of Cinematic Arts, offering the advanced seminar in directing actors for film.

RSVP to www.ninafochtribute.com. All seating is unreserved. The theater is expected to be overbooked and the RSVP list will be honored on a first-come, first-serve basis. An email reservation confirmation will automatically be sent upon successfully making an RSVP through this website and a printout of the confirmation should be brought along for admittance.

The Samuel Goldwyn Theater is located at 8949 Wilshire Blvd. Doors will open at 6:30 p.m. with free parking is available in the garages at 8920 and 9025 Wilshire Blvd.