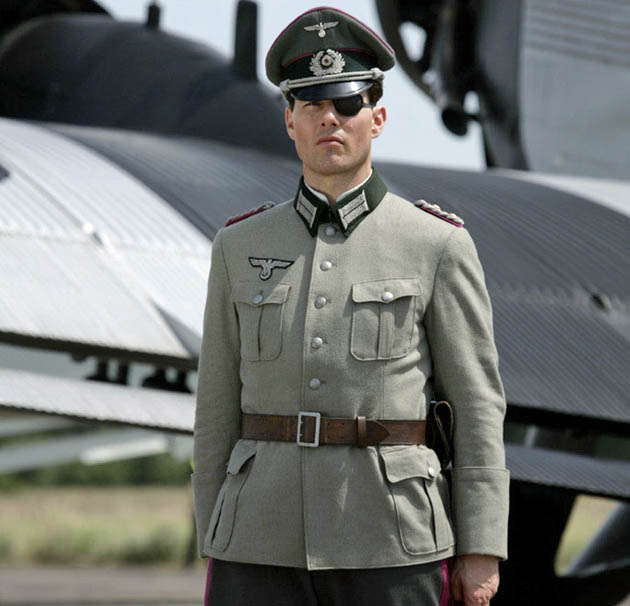 Directed by Bryan Singer and starring Tom Cruise, the World War II drama Valkyrie is scheduled to open in the U.S. on Christmas Day 2008. The Singer-Cruise collaboration, however, has already had its New York City premiere, and apparently has been seen by at least some German critics.

Below is a snippet from the article “Muted Praise for Valkyrie from German Critics” found in Der Spiegel:

“How could [Tom] Cruise, the all-American action hero, play Germany’s only hero of the 20th century, Count Claus Schenk von Stauffenberg, the man who came close to killing Hitler and ending World War II on July 20, 1944? Cruise’s membership in the Church of Scientology, seen by German authorities as little more than a money-making operation, fuelled doubts about his suitability.

“Now Valkyrie, named after the plot by German military officers to overthrow the Nazi leadership, has had its world premiere in New York, and German film critics are less damning than might have been expected.”

One Valkyrie review quoted in the article is from the Munich-based newspaper Süddeutsche Zeitung:

“One can also say that Hollywood has never taken such a thoroughly German issue as seriously as it has with this opulent, logistical cinematographic effort.”

Der Spiegel‘s report adds that even though Tom Cruise’s performance was criticized for being “wooden and low-key,” the supporting cast, including Kenneth Branagh and Tom Wilkinson, was generally praised.

The three aforementioned Valkyrie cast members have all been Oscar nominees in the last two decades:

Also in the Valkyrie cast:

Veteran Terence Stamp (The Collector, The Adventures of Priscilla, Queen of the Desert).

The screenplay is credited to Christopher McQuarrie (The Usual Suspects) and tyro Nathan Alexander.

[1] As found on the IMDb, Claus Schenk von Stauffenberg has been seen on the big screen six times prior to Tom Cruise and Valkyrie:

On television, notable Claus Schenk von Stauffenberg portrayers include Brad Davis in The Plot to Kill Hitler (1990) and Sebastian Koch in Operation Valkyrie (2004). 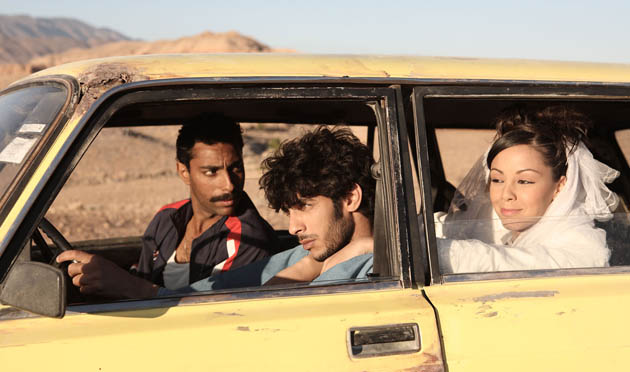 The Best Film at the 2008 Dubai Film Festival, held Dec. 11–18, was Lyès Salem’s Algerian/French comedy Masquerades / Mascarades, in which an arrogant man (played by Salem) living with his family in an Algerian village has one dream: to be respected by those around him. The problem is that he has a narcoleptic sister whom everyone believes will end up a spinster.

To resolve the issue, the man tells everyone that he has found a rich suitor for his sister so that preparations for the marriage can begin. But now there’s another problem: where’s the bridegroom?

See below the list of 2008 Dubai Film Festival winners.

Best Screenplay
Annemarie Jacir for Salt of This Sea, Palestine.

Best Cinematographer
Reza Teymouri for Be Calm and Count to Seven, Iran. 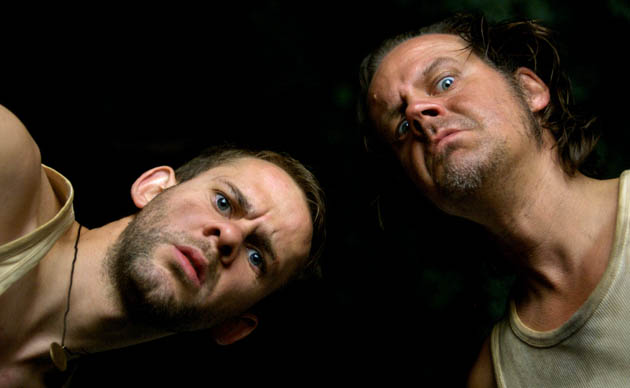 As far as we can tell, Slamdancers haven’t been attacked by those who have been going for the throat of Sundance Film Festival organizers. Perhaps the fact that calls for a Slamdance boycott would have attracted considerably less media coverage has something to do with it.

In any case, Slamdance 2009 will screen approximately 100 films, with 20 of those in the narrative and documentary feature competition categories, which are supposed to showcase movies without domestic theatrical distribution, with budgets under $1 million, and from first-time feature film directors.

Unusual corpses in place of the usual Hollywood stars

Unlike what will be available at Sundance 2009, chances are you won’t find motion pictures starring Susan Sarandon, Pierce Brosnan, and other top names in the Slamdance competition.

Slamdance 2009 and its box office will be headquartered at the Treasure Mountain Inn, 255 Main Street, the festival’s base since 1998.

For more information and for a complete listing of screenings, visit the Slamdance Film Festival website or call 323/466-1786. Festival passes are now on sale on their website; individual tickets go on sale online Dec. 16.

Below is the list of Slamdance 2009 films with gay themes, and further down are the Documentary Feature Competition entries. Synopses via the Slamdance website.

Hard to Be an Indian
Beth Toni Kruvant (Director), Jonah Kruvant (Writer).
World Premiere, 2007, USA , 84 minutes. The trials and tribulations of an inner city school and the principal, Jewish alumni and gang members who return it to safety and restore its former glory.

Oh My God, It’s Harrod Blank
David Silverberg (Director/Writer).
World Premiere, 2008, USA , 75 minutes. A portrait of the eccentric art-car artist Harrod Blank, following him from his youth in the woods to his current multi-faceted career as creator and head of a nationwide art-car movement. With appearances by his father, filmmaker Les Blank.

The Road to Fallujah
Mark Manning (Director/Writer).
World Premiere, 2009, USA , 85 minutes. Exploring Mark Manning’s unique access as the only westerner to live with the people of Fallujah immediately following the November 2004 battle that destroyed their ancient and holy city, offering an in-depth and humanizing look at current issues in Iraq.

Smile Til It Hurts
Lee Storey (Director/Writer).
North American Premiere, 2009, USA , 81 minutes. The amazing true story of Up With People, the singing group that represented an establishment-friendly alternative to the counter-culture.

Strongman
Zachary Levy (Director/Writer).
World Premiere, 2008, USA , 113 minutes. A man strong enough to bend a penny with just his fingers, Stanless Steel reaches middle age, career disappointments and difficult personal relationships that begin to test his strengths and force him to struggle with the weaknesses around him – including his own.

Unwanted Witness
Juan José Lozano (Director/Writer).
US Premiere, 2008, Switzerland / France, 87 minutes. In the middle of Colombia’s humanitarian tragedy, a journalist fights to report and disclose the barbarity of the conflict.

with tom’s american, and the british guy — i’m CONFUSED! everybody’s got on a different uniform (no ss), were they suppose to be german or allies?

I watched the movie last night. First, I think Bryan Singer did a wonderful job at directing the film. The movie was dramatic & had a good pace. The dialogue was outstanding as well. David Bamber’s portrayal of Hitler was credible and dynamic but perhaps his role was under utilized.

I thought Tom Cruise did a good job of acting. Any problem with his casting to the lead role was due to my own pre-conceived opinions that I brought to the film as a viewer. In all fairness to Mr. Cruise, the problem was with me not him.

I wish the film would have been done in German with English subtitles. Guillermo Del Toro’s “Pan’s Labyrinth” was a richer film because he used the native language.

I am glad the story is being re-told to another generation that needs to hear it, as do I.

What saddens me is the advertisiments for the movie, they only mention tom crusie but none of the other steller stars in it, i know cruise plays the key character in the whole movie, but so many others played other key roles in the whole plot to kill hitler, not just Claus Count Schenk von Stauffenberg. And im sure he gave the credit to those that helped him plan the plot and carry it out., the movie advertisement should give those steller actors the proper respect and mention, this is not just a tom cruise movie, this a movie with good solid based older actors such as …tom wilkinson, bill nighy, kenneth branaugh, terence stamp, and carise van houten, and so many more. at least in the tv preview ads mention those people , it isnt just a movie with tom cruise in it.

You should see Graphic Sexual Horror, they are premiering at Slamdance this film and it is the most extreme documentary you will ever see.