Best Supporting Actress Academy Award winner Vanessa Redgrave, son Carlo Gabriel Nero, and niece Jemma Redgrave are pictured above prior to a special screening of The Charge of the Light Brigade.

The Tony Richardson-directed 1968 war drama was presented by the Academy of Motion Picture Arts and Sciences on Friday, May 21, at the Soho Hotel in London.

In films since the mid-1960s, Vanessa Redgrave won a (somewhat controversial) Best Supporting Actress Academy Award for her performance in the title role of Fred Zinnemann’s Julia (1977), starring Jane Fonda as Lillian Hellman.

Throughout the decades, Redgrave earned five other Oscar nominations, four of which as Best Actress:

Jemma Redgrave is the daughter of Corin Redgrave. Her films credits, which date back to 1988, include Howards End, One Night Stand (1994), and Lassie (2005).

Prior to becoming Franco Nero’s companion in the mid-’60s, Redgrave had been married to director Tony Richardson. The couple were divorced in 1967, the year after Redgrave met Nero on the set of Joshua Logan’s musical Camelot.

Redgrave and Nero eventually went their separate ways, but would be reunited decades later. They were married at the end of 2006. The couple are featured in the latest Amanda Seyfried star vehicle, Letters to Juliet.

As found on the IMDb, Carlo Gabriel Nero has four screenplays to his credit, three of which he also directed:

‘The Charge of the Light Brigade’: Two disparate versions

In 1936, Michael Curtiz directed Errol Flynn and Olivia de Havilland in a rousing tale – inspired by an Alfred Lord Tennyson poem – about British nationals gallantly fighting backstabbing South Asian natives and their Russian allies in the Crimean War of the 1850s. Notwithstanding its unabashed pro-colonialist stance, simmering racism, and shameless disregard for history – not to mention similarities to Henry Hathaway’s The Lives of a Bengal Lancer (1935) – this version was both a critical and a box office hit.

In 1968, Tony Richardson directed ex-wife Vanessa Redgrave, David Hemmings, Trevor Howard, and Harry Andrews in a “reboot” written by Charles Wood (original draft by John Osborne), who offered a more critical look at the British military establishment in a war that was a disaster for all concerned. Unlike its predecessor, this version turned out to be a critical disappointment and a costly box office flop.

Following the screening of The Charge of the Light Brigade, there was a panel discussion featuring Vanessa Redgrave and Charles Wood, in addition to the following: 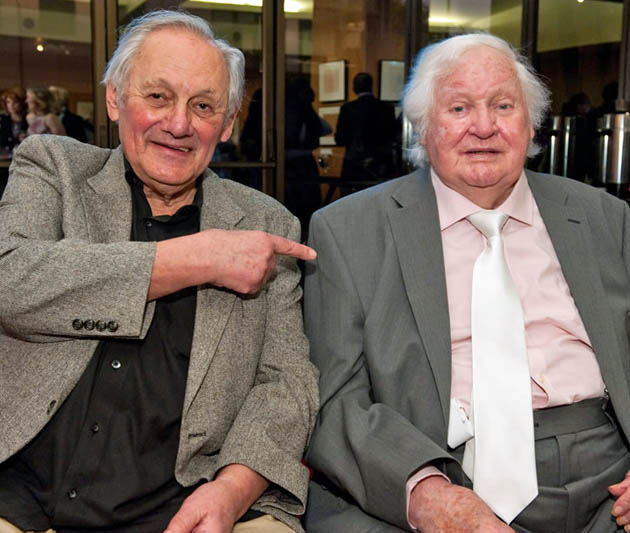 With music by The Who, and starring band member Roger Daltrey, Best Actress Oscar nominee Ann-Margret, and Oliver Reed – in addition to featuring the likes of Tina Turner, Eric Clapton, Jack Nicholson, and Elton John – Tommy was presented by the Academy of Motion Picture Arts and Sciences on Friday, May 21, ’10, at the Samuel Goldwyn Theater in Beverly Hills.

In the box office hit, Daltrey plays a deaf/mute/blind pinball-playing Jesus-like figure, whose followers eventually turn against him.

Murray Lerner also knows a thing or two about The Who. Below are the titles of a couple of his documentaries: 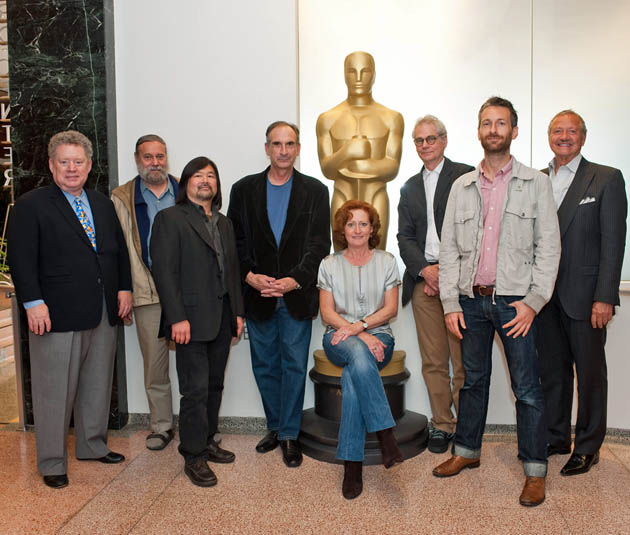 Pictured above (from left to right) at the Academy of Motion Picture Arts and Sciences’ event “Illuminating the Future: The Arrival of Solid State Lighting” are the following:

The Academy’s Science and Technology Council presentation took place on Saturday, May 22, ’10, at the Academy’s own Linwood Dunn Theater in Hollywood.

“Illuminating the Future” explored preliminary research findings on how the new technology of “solid state light” (SSL) may transform the color palette of filmmaking.

As explained in the Academy’s press release about SSL Technology, “rarely does a new type of light source come along with fundamentally different qualities and the potential to alter how movies are made and seen. … A goal of this project is to offer filmmakers clear information on how current solid state lighting technology differs from traditional lighting instruments, and how these differences will impact choices in production, particularly in the areas of cinematography, costume design, make-up and production design.”