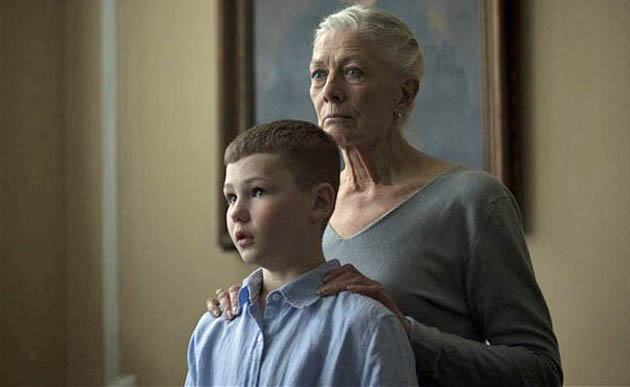 For starters, although not exactly a shocker, Terrence Malick’s mix of family drama and inquiries into the cosmos, the Palme d’Or-winning The Tree of Life, was chosen the Best Picture of 2011.

Elsewhere, most U.S. critics groups have gone for either Michel Hazanavicius’ Old Hollywood homage The Artist or Alexander Payne’s family comedy-drama The Descendants.

In addition to its Best Picture win, The Tree of Life also earned mentions for director Malick and cinematographer Emmanuel Lubezki, who, admittedly, has been this awards season’s fave.

Although Albert Brooks’ Best Supporting Actor win for his Drive mobster and Tilda Swinton’s Best Actress win for her mother of a mass murderer in We Need to Talk About Kevin were not exactly unexpected, Vanessa Redgrave getting singled out as the year’s Best Supporting Actress for her Volumnia in Ralph Fiennes’ Coriolanus came out of (almost) nowhere – especially considering that The Tree of Life actress Jessica Chastain has been topping that particular category (almost) everywhere.

A six-time Academy Award nominee – including a Best Supporting Actress win for her performance as the titular character in Fred Zinnemann’s Julia (1977) – Vanessa Redgrave would be a likely Oscar contender had Coriolanus been receiving more recognition from U.S.-based critics groups, which have for the most part bypassed the film.

As it stands, Redgrave’s chances of receiving her seventh Oscar nod are, despite The Weinstein Company’s brand, slim.

And if Gore Verbinski’s Rango was the odds-on Best Animated Feature winner, Abbas Kiarostami’s Certified Copy being named Best Foreign Language Film was a major surprise, as the favorite in this particular category has been Asghar Farhadi’s A Separation.

Perhaps even more unexpected was the selection of Errol Morris’ Tabloid – about the Case of the Manacled Mormon a.k.a. “The Mormon Sex in Chains Case” – as Best Documentary.

And finally, the San Francisco Film Critics gave a Special Citation “for under-appreciated independent cinema” to Lech Majewski’s The Mill and the Cross, described in their press release as a “distinctly original exploration of the inspiration for and creation of a Bruegel painting.”

Best Picture: The Tree of Life.

Marlon Riggs Award for courage & vision in the Bay Area film community: National Film Preservation Foundation, in recognition of its work in the preservation and dissemination of endangered, culturally significant films.

Special Citation for under-appreciated independent cinema: The Mill and the Cross. 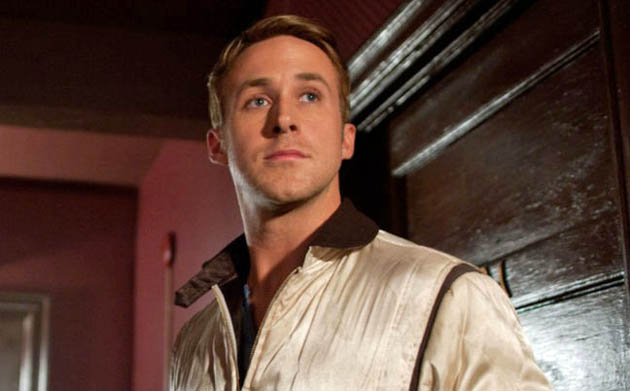 Drive with Ryan Gosling. Nicolas Winding Refn’s thriller has been both a critical hit and a domestic box office disappointment. The latter may have diminished the film’s awards season appeal, for although Drive has not infrequently been listed as one of the year’s Top Ten movies, only rarely has it actually topped U.S.-based critics’ Best Picture category. Of course, it could also be that even if it had become a box office hit, Drive would still have remained a “contender” as opposed to a “winner.” After all, despite its poor box office performance, Kathryn Bigelow’s Iraq War drama The Hurt Locker was the clear awards season favorite just two years ago.

This awards season, the Utah Film Critics Association has gone for both the unusual and the expected. As a result, U.S. critics’ favorites Michelle Williams, Rango, and A Separation found themselves listed alongside Nicolas Winding Refn’s Drive, Joseph Gordon-Levitt, and Amy Ryan.

Michelle Williams was the Utah Film Critics’ Best Actress for her widely acclaimed portrayal of Marilyn Monroe (during the making of Laurence Olivier’s The Prince and the Showgirl) in Simon Curtis’ My Week with Marilyn.

Although well-liked by critics, the box office disappointment Drive has been usually listed as one of the year’s Top Ten movies – not as the top movie. The Utah Film Critics have now taken care of that matter.

The year’s Best Director, however, was Michel Hazanavicius for the silent, black-and-white The Artist, starring Jean Dujardin as a cross between silent film icons Douglas Fairbanks and John Gilbert.

Like Drive, Joseph Gordon-Levitt hasn’t been a critics’ favorite this awards season – except in Utah. He was chosen Best Actor of 2011 for his work in Jonathan Levine’s 50/50, a cancer-themed comedy-drama that also earned Will Reiser the Best Original Screenplay award.

Amy Ryan, for her part, won Best Supporting Actress for Tom McCarthy’s Win Win, in which she plays the wife of down-on-his-luck attorney Paul Giamatti. This is a first for Ryan this year, a critical favorite back in 2007 for Ben Affleck’s mystery drama Gone Baby Gone.

Other Utah Film Critics winners include:

Among the Utah Film Critics’ previous Best Film winners are Danny Boyle’s 127 Hours & David Fincher’s The Social Network (tie), Jason Reitman’s Up in the Air, and Joel and Ethan Coen’s No Country for Old Men.

Like the Utah Film Critics, on the other side of the world the Sydney Film Critics also selected Drive as the year’s Best Picture. Their Top Ten movies are listed further below.

A 2010 release in the U.S., Darren Aronofsky’s psychological drama Black Swan was the Sydney Film Critics’ no. 2 movie. Natalie Portman stars as a disturbed ballerina who slowly loses her grip on reality.

Runner-up: Rooney Mara, The Girl with the Dragon Tattoo. 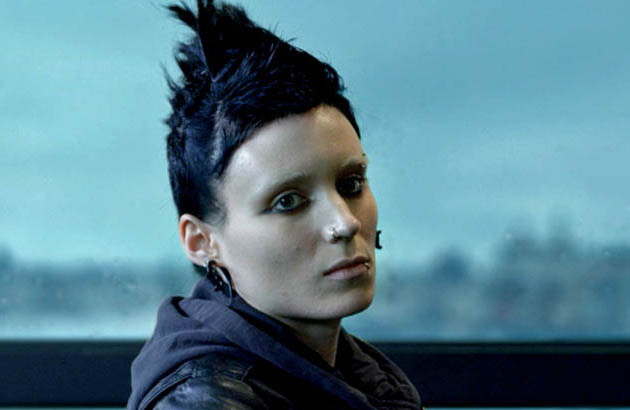 The Girl with the Dragon Tattoo with Rooney Mara. David Fincher’s 2011 thriller is a remake of Niels Arden Oplev’s Swedish blockbuster based on Stieg Larsson’s novel, and starring Noomi Rapace as the titular computer hacker and Michael Nyqvist as a journalist investigating the decades-long disappearance of a woman from a wealthy family. In Fincher’s $90 million U.S. version, the Swedish setting has been kept, but Daniel Craig has replaced Nyqvist while Rooney Mara, somewhat surprisingly, succeeded in landing the title role. Box office prospects are unclear, though MTV has been doing its part to plug the year-end release.

MTV has come up with its own Top Ten Movies of 2011 list, handpicking David Fincher’s thriller The Girl with the Dragon Tattoo, starring Rooney Mara and Daniel Craig, as the very best film of the year – while conveniently giving a potential box office boost to the only movie on their list that has yet to open in North America.

And you thought that the latest Manoel de Oliveira effort would land on the top spot, huh? Silly you. (See below MTV’s Top Ten list.)

Needless to say, Michel Hazanavicius’ The Artist isn’t on the list. Or Terrence Malick’s The Tree of Life. Or Bennett Miller’s Moneyball. Or even Tate Taylor’s crowd-pleasing sleeper hit The Help.

On the other hand, X-Men: First Class, The Muppets, and Harry Potter and the Deathly Hallows: Part 2 are all in.

“Movies that you’ve seen on our list reflect blockbusters, but the blockbusters that are really great,” MTV’s Josh Horowitz is quoted as saying in The Hollywood Reporter.

So, as per MTV’s movie selecting committee (or whoever), among 2011’s blockbusters that ain’t all that great are:

One such was screenwriter/director Woody Allen, whose Midnight in Paris was selected as the Best Original Screenplay of 2011. The other one was Best Supporting Actress Janet McTeer, whose performance as a butch woman passing for a man in Rodrigo García’s Albert Nobbs has generally been included in nominee shortlists, but not at the very top.

Something else worth mentioning is that in addition to winning for Best Ensemble, Tate Taylor’s sleeper hit The Help, about simmering racial relations in 1960s Mississippi, also won the Gene Wyatt Award for “a film that best embodies the spirit of the South.”

The runner-up in that category was Daniel Lindsay and T.J. Martin’s documentary Undefeated, about a Virginia football team. This title is not to be confused with Stephen K. Bannon’s critical and box office disaster The Undefeated, a paean to far-right politician and former U.S. vice-presidential candidate Sarah Palin.

Runner-up: The Skin I Live In, dir.: Pedro Almodóvar.

Runner-up: Tilda Swinton, We Need to Talk About Kevin.

Runner-up: The Adventures of Tintin.

Gene Wyatt Award (“in Recognition of a Film That Best Embodies the Spirit of the South”): The Help.

romey mara is amazing..thescenery & music are outstanding…the story has many twists and turns that keep you guessing,,,no movie this year is even close to what unfolds on the screen…should win many awards…Simply fantastic!! A must see especially if you have read the books!! Rooney Mara is sensational and definitely Oscar worthy!!

I’m sure MTV knows what they are talking about and I’ll admit that I’ve not yet seen the movie but I find it interesting that ‘The Girl with the Dragon Tattoo” is at the top of this list and not even included at all (in the top ~40) by over 350 people over at Ranker’s list of the Best Movies of 2011. Is there really that big of a disconnect between critics, MTV and people who actually go to the movies? I don’t get it.