I saw Woody Allen’s Vicky Cristina Barcelona at its Canadian premiere at the 32nd Montreal World Film Festival to a sold-out crowd in the beautiful Italian Renaissance-styled Imperial Theatre. The audience – people of all ages and types – had been there for nearly an hour before the show started.

Now, one thing I have been hearing or reading a lot about new Woody Allen films is that people long for the “old” Woody. They complain that new Woody Allen films are not really Woody Allen films. Well, I hate those comments. It is so easy for audience members to get stuck on early feats such as Annie Hall or Manhattan, and to never move forward emotionally or intellectually along with the director’s vision.

Now, I will not say that Anything Else is on a par with Annie Hall or any other of the earlier features. But I will back anything that Allen creates because I trust his passion and honesty. His films may not all be classics, but they are Woody Allen works. And at the rate he’s been making them, one cannot expect a classic once (sometimes twice) a year.

Instead, what you can expect is that Allen will entertain you for 90 minutes or more, and that he’ll make you think. His work is always cerebral; it’s also always interesting and engaging. Vicky Cristina Barcelona is all that – and a little bit more.

A game that many Woody Allen aficionados play is “Spot the Woody Allen Character.” In Vicky Cristina Barcelona the “Woody Allen character” is divided into at least three characters: Vicky (Rebecca Hall), Christina (Scarlett Johansson), and the off-screen narrator (Christopher Evan Welch). To me, the narrator, in particular, represents Allen’s writer’s persona. The narrator guides the story as it closely follows an American short-story tradition: Americans touring Europe (in this case, Spain), being young and impressionable, and on the cusp of adulthood.

The film, which is filled with marvelous Antoni Gaudi structures and beautiful pieces of art and architecture, begins with Vicky and Christina arriving in Barcelona to spend the summer with Vicky’s aunt and uncle Judy and Mark (Patricia Clarkson, Kevin Dunn). Right away, the young women are instantly set apart from each other. Their contrasting characteristics go deeper than just the color of their hair (one brunette, one blonde); what truly separates Vicky and Christina is how they deal with love and relationships. Each, in fact, represents one half of that “Woody Allen character”: nervous, analytical, romantic, lustful.

Vicky, who is engaged to Doug (Chris Messina), fully believes in the idea of romantic commitment. Christina, a struggling artist just out of a relationship, is looking for something with fewer constraints and more adventure. 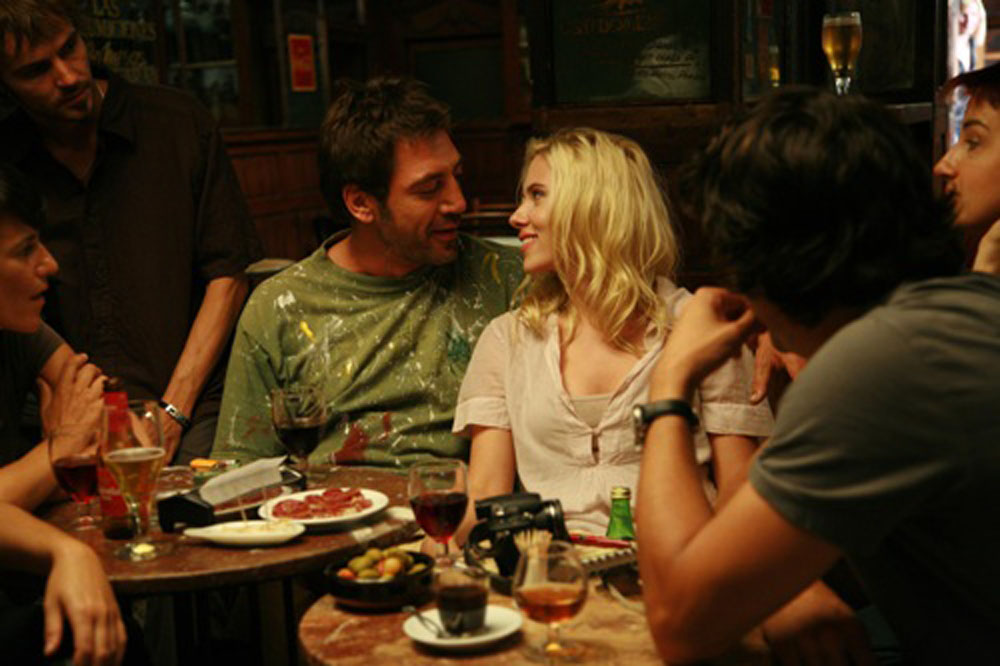 Through one of their night outings they meet artist Juan Antonio (Javier Bardem), who challenges their friendship and Vicky’s ideas of commitment. Christina, for her part, quickly falls for Juan Antonio, joining his circle of artist friends; eventually, she moves in with him.

Complicating matters, Juan’s ex-wife, Maria Elena (Penélope Cruz), has to move in with the new couple. The three form a bond that, though seemingly complex, is actually quite natural and easy. This, of course, leads to Cruz and Johansson’s on-screen kiss, which has caused so much needless publicity. Since the kiss perfectly fits the storyline and does not last very long, I’m not sure why some people have gone up in arms about it.

All the while, Allen inspires feelings of guilt and jealousy among his characters in a remarkably honest manner. Ideas about art and love, truthfulness and raw emotion come through in gentle and subtle ways. In fact, the entire film unfolds in a manner that surely is supposed to make audience members think about their own personal relationships. 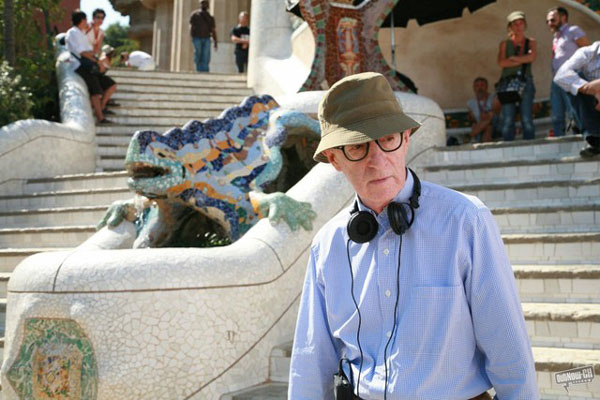 Vicky Cristina Barcelona, which seems to bookend Allen’s European travels, is one of the director’s best films in recent years. With scenes of New York City creeping in, Vicky Cristina Barcelona has set Allen fans up for his return to his hometown: His follow-up effort, Whatever Works, starring Larry David and Evan Rachel Wood, would be released in 2009.

All in all, Vicky Cristina Barcelona is the perfect film to end Allen’s long European vacation.

Hello Allen’s fans! If you enjoyed the glamorous boho background Barcelona city provides to Vicky Cristina Barcelona plot, we have great news for you - we have just launched our Vicky Cristina Barcelona Tour visiting the movie locations in Barcelona. Enjoy the Mediterranean culture while sipping Spanish wine, dining in style or nibbling on tapas, the same as Vicky and Cristina did.While we cannot guarantee you’ll be seduced by Scarlet Johansson, Rebecca Hall, Penelope Cruz or Javier Bardem on your own trip, we will guarantee that the scenery of Barcelona and the Catalan countryside surrounding will, just like it does in this sensual film. Just a few words about us – we are a highly specialized Spanish travel agency for luxury tours with a focus on culinary, wine and cultural opportunities. For more info, please browse our website http://www.gourmandbreaks.com