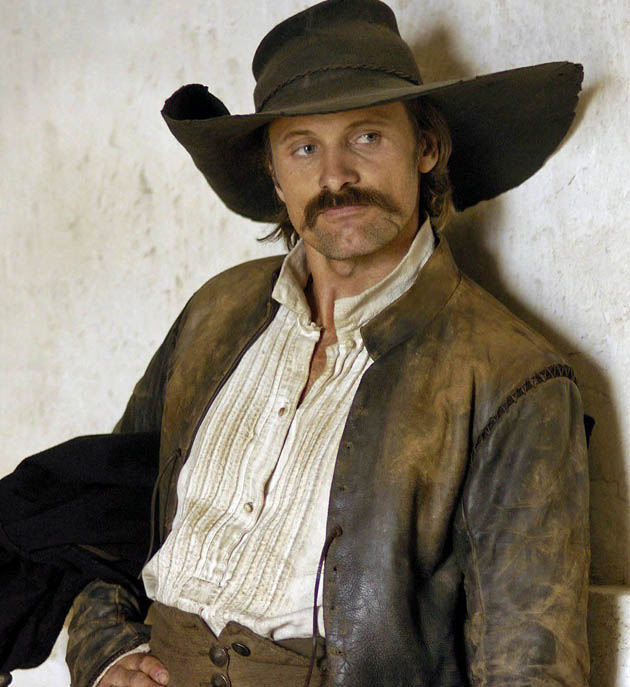 Two Pedro Almodóvar films have won the Best Film Goya: Women on the Verge of a Nervous Breakdown / Mujeres al borde de un ataque de nervios (1988) and All About My Mother / Todo sobre mi madre (1999). Almodóvar was also named Best Director for both.

Goya Award nominations for Captain Alatriste and Volver in the acting categories went to the following:

All four – in addition to Yohana Cobo (the daughter) and Chus Lampreave (the aunt) – won an ensemble Best Actress award at the 2006 Cannes Film Festival.

Cobo would have been a likely 2007 Best New Actress Goya nominee – except for the fact that the 21-year-old performer has been working in films and on television for more than a decade. 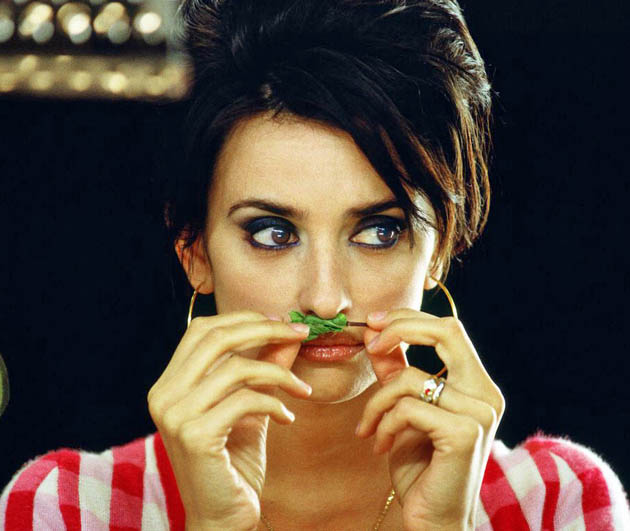 Pedro Almodóvar remarked that the 14 nominations for Volver were “a reward for my manchego [of La Mancha] surroundings, which helped me to create this film; like my sisters who, with their recollections, served as co-screenwriters.”

Volver, which has earned more than €10 million in Spain – Captain Alatriste has earned €16 million – is that country’s entry (and the odds-on favorite) for the 2007 Best Foreign Language Film Oscar. Additionally, Penélope Cruz will in all probability receive a Best Actress nod as well. Volver has already won Best Director and Best Actress awards at the 2006 European Film Awards.

Almodóvar, by the way, has apparently made peace with the Spanish Film Academy; he and his brother, Agustín Almodóvar, had resigned in 2005, following the perceived snub of Bad Education / La Mala educación.

Another multiple Goya Award nominee is Guillermo del Toro’s Spanish-Mexican-American co-production Pan’s Labyrinth / El laberinto del fauno, which garnered 13 nods. Del Toro’s ultra-violent “fairy-tale for adults” – as he himself has described – follows the immersion a young girl (Ivana Baquero) into a fantasy world where she finds refuge from the oppressiveness of Gen. Francisco Franco’s fascist regime.

Among the Goya nominations for Pan’s Labyrinth are those in the following categories:

Salvador recounts the last days of Catalan anarchist/revolutionary Salvador Puig Antich, who was executed in 1974 after being convicted for taking part in a robbery that resulted in the death of a policeman. The execution led to an international outcry against the repressive regime of Gen. Francisco Franco – nearly four decades after the events that take place in Pan’s Labyrinth.

Huerga’s political drama received 11 Goya nominations, including a Best Actor nod for Catalunya-born Daniel Brühl in the title role. (Brühl was raised in Cologne to a Spanish mother and a German father.)

Other nominations include Best European Film for Ken Loach’s The Wind That Shakes the Barley and Stephen Frears’ The Queen; and Best Spanish-Language Foreign Film for Juan Carlos Valdivia’s American visa and Rodrigo Triana’s A Ton of Luck / Soñar no cuesta nada, respectively, Bolivia’s and Colombia’s submissions for the 2007 Oscars.

Also, Best New Director and Best Original Screenplay for Daniel Sánchez Arévalo, for the well-received drama Dark Blue Almost Black / Azuloscurocasinegro; and Best Actor for veteran Juan Diego, whose performance in Go Away from Me / Vete de mí has already earned him a Best Actor Award at the 2006 San Sebastian Film Festival.

And finally, producer Tadeo Villalba will receive an Honorary Award for his career and for his “contributions to Spanish cinema.”

In the past, Villalba worked as a “production manager” (apparently, the Spanish version of “line producer” or “executive producer”) for both of this year’s top Goya nominees: Pedro Almodóvar (Dark Habits / Entre tinieblas and What Have I Done to Deserve This / ¿Qué he hecho yo para merecer esto!!) and Agustín Díaz Yanes (Nobody Will Speak of Us When We’re Dead).

As for Woody Allen’s less than enthusiastically received, British-made murder comedy Scoop, starring Allen, Scarlett Johansson, and Hugh Jackman, it has been all but completely ignored this awards season in the United States. Some Spanish Academy voters, however, seem to have enjoyed it: Scoop is up for a Goya Award for Best European Film.

During the period of eligibility for this year’s Goyas – December 2005–November 2006 – 133 Spanish films were released.

The Goya Awards ceremony will be held at the Palacio Municipal de Congresos del Campo de las Naciones in Madrid on Jan. 28. 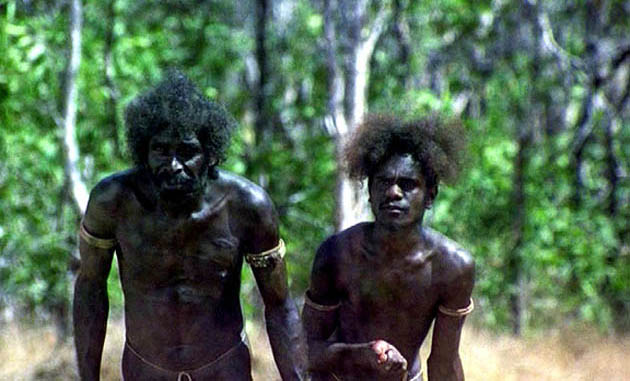 Australian aborigines’ ancestors in Ten Canoes. Rolf de Heer and Peter Djigirr’s depiction of the lives of a group of egg-hunting and story-telling Australian aborigines prior to contact with Europeans – along with the cautionary story of these aborigines’ ancestors, one of whom coveted one of the wives of one of his brothers – was the top winner at the 2006 AFI Awards, collecting six trophies, including Best Film and Best Director. Reportedly the first production featuring dialogue solely in the languages of Australian aborigines, Ten Canoes is a potential contender for the 2007 Best Foreign Language Film Oscar. Jamie Gulpilil (right) stars.

The winners of the 2006 Australian Film Institute Awards (AFI Awards), which cover Australian film and television, were announced in two stages: “industry” awards on Dec. 6, and the top awards on Dec. 7. In the film categories, the top winner was Rolf de Heer and Peter Djigirr’s leisurely paced Ten Canoes, which chronicles the lives of the ancient ancestors of one group of Australian aborigines – depicted as neither “politically incorrect exotics” nor “noble savages.”

See further below the full list of Australian Film Institute Award winners and nominees in the feature categories.

In other categories, the AFI Awards went from the distant past of Australian aborigines to more contemporary Australian denizens.

Among these were Best Actor Shane Jacobson, who plays a dim-witted toilet salesman in the popular Kenny, and Best Actress Emily Barclay, singled out for her performance as a teenage girl out to do away with her father in the psychological drama Suburban Mayhem. (Barclay was also a Best Guest or Supporting Actress in a Television Drama nominee for Cate Shortland’s crime drama The Silence.)

In the International categories, given to Australian nationals working abroad on film or television, Heath Ledger was chosen Best Actor for his deeply closeted gay cowboy/sheepherder in Ang Lee’s sleeper hit Brokeback Mountain, while Rachel Griffiths was Best Actress for her work in the TV series Six Feet Under.

Ten Canoes trailer. Set in the far-away past, Rolf de Heer and Peter Djigirr’s drama revolves around a group of Australian aborigines, one of whom covets the wife of his older brother. A cautionary tale is then told about another aboriginal man from the even more distant past who also coveted one of the wives of one of his brothers.

Below is the full list of feature films shortlisted for the 2006 AFI Awards, in addition to a partial list of television, short film, and documentary nominees and winners.

The AFI International Awards are given to Australians working abroad.

Image of Jamie Gulpilil as one of the Australian aborigines’ ancestors in Ten Canoes: Palace Films and Cinemas.

Ten Canoes trailer with Australian aborigines from the distant past.