The Best of 2015 choices of the Village Voice film critics will not influence the Academy Awards, the Golden Globes, or the SAG Awards. No matter.

If you’re interested in movies to watch or performances to check out, then you should pay close attention to those smaller critics’ lists. More so, in fact, than the lists by academies, guilds, and press/critics associations with televised awards shows – or even critics groups worried about their “Oscar relevance.” In their case, buzz easily (and usually) trumps quality.

But the no. 4 movie on the critics’ list, Christian Petzold’s Phoenix, starring Best Actress runner-up Nina Hoss as a concentration-camp survivor out to find the husband (Ronald Zehrfeld) who may have betrayed her to the Nazis, was somewhat of a (welcome) surprise.

And so was the no. 5 entry, Sean Baker’s iPhone-shot Tangerine, the story of a transgender Hollywood sex worker (Kitana Kiki Rodriguez) out to find the pimp/fiancé (James Ransone) who has exchanged her for another (non-transgender) woman.

Another non-Hollywood name, veteran Charlotte Rampling (The Damned, The Night Porter) was chosen as 2015’s Best Actress for her performance as Tom Courtenay’s distraught wife in Andrew Haigh’s 45 Years. This year’s Best Actress winner at the Berlin Film Festival, Rampling has been bypassed by both the Golden Globes and the SAG Awards. 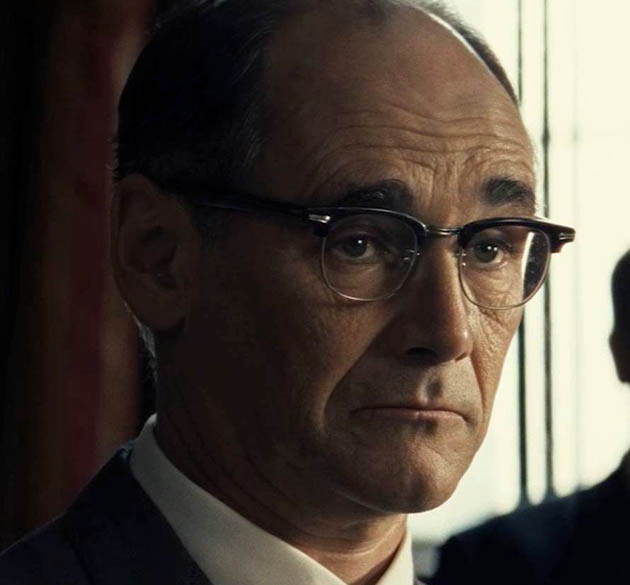 In the supporting categories, Mark Rylance was singled out for his performance as Soviet spy Rudolf Abel in Steven Spielberg’s Bridge of Spies, while Kristen Stewart topped the Best Supporting Actress category for her work as Juliette Binoche’s secretary in Olivier Assayas’ Clouds of Sils Maria.

Mark Rylance, whose film was distributed by Disney’s Touchstone Pictures, is a shoo-in for a Best Supporting Actor Oscar nomination. The jury is still out regarding Kristen Stewart, as Clouds of Sils Maria U.S. distributor IFC Films/Sundance Selects has a terrible Oscar track record – Stewart was also bypassed for both the SAG Awards and the Golden Globes. (The former Twilight movie franchise star was, however, the top choice of the New York and Boston film critics.)

Stewart, by the way, received twice as many votes as runner-up Rooney Mara – even though Mara is actually Cate Blanchett’s Carol co-lead.

And finally, Athina Rachel Tsangari’s Chevalier, the Best Film winner at the London Film Festival, has nothing to do with either the 20th century actor/singer Maurice Chevalier (The Love Parade, Gigi) or with Brian Helgeland’s A Knight’s Tale, starring Heath Ledger and known as Chevalier in France.

Instead, the title of this Greek comedy, which premiered at the Locarno Film Festival, refers to the signet ring given to the winner of a series of competitions between men aboard a luxury yacht on the Aegean Sea.

Best Documentary
The Look of Silence.

Best First Feature
The Diary of a Teenage Girl.

Best Animated Feature
Inside Out.

Worst Film
Me and Earl and the Dying Girl.

Movie Everyone Is Wrong About
Jupiter Ascending. 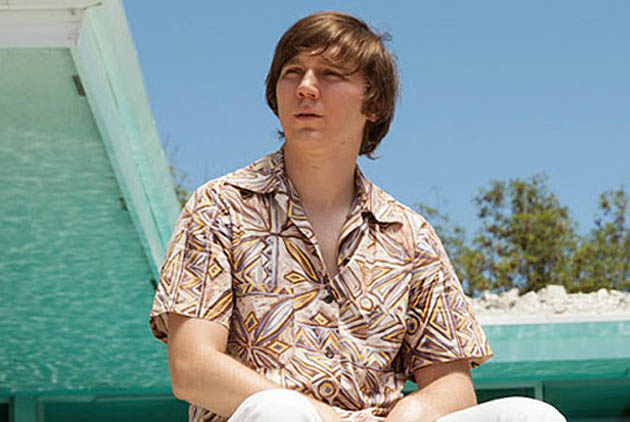 The big story at the 2015 San Francisco Film Critics Circle Awards is the surprising Paul Dano saga. The Love & Mercy actor both won and lost for the very same film role. But how could that be?

Well, enough San Francisco Film Critics saw fit to nominate Dano in two categories for their annual awards. Generally speaking, there’s nothing wrong with that; it happens every now and then. But not for the same role. Ah, that ever elusive line separating a lead performance from a supporting one. What’s a critics’ group to do?

Anyhow, Paul Dano ended up pulling a Barry Fitzgerald in reverse. Whereas the 1944 Academy Award winner/loser for Leo McCarey’s blockbuster Going My Way took home the Oscar for Best Supporting Actor while losing in the Best Actor category to co-star Bing Crosby, Dano won as Best Actor for his performance as the young version of The Beach Boys co-founder Brian Wilson (John Cusack played the older Wilson), while the Best Supporting Actor winner was (another surprising choice) Michael Shannon for 99 Homes.

Among the other San Francisco Film Critics winners were several U.S. critics favorites:

Besides Paul Dano and Michael Shannon, there were a couple other surprises:

Best Foreign Language Film
The Assassin.
Goodnight Mommy.
* Son of Saul.
A Pigeon Sat on a Branch Reflecting on Its Existence.
Timbuktu.

Best Documentary
Amy.
Best of Enemies.
* Listen to Me Marlon.
The Look of Silence.
Meru.

Best Animated Feature
* Anomalisa.
Boy and the World.
Inside Out.
The Peanuts Movie.
Shaun the Sheep Movie.

Marlon Riggs Award (“for courage & innovation in the Bay Area film community”).
Frank Lee. “For his lifelong dedication to film culture in San Francisco – in particular his twenty-plus-year film stewardship of the 4 Star Theatre in the tradition of the family-run independent art house and his attention to Hong Kong film, both marked by his astute taste and knowledge.”

Special Mention (“for underappreciated independent cinema”).
The Forbidden Room. “Guy Maddin’s haunted scream, full of artfully recreated, vinegar-eaten celluloid, is a rat’s nest of affairs too strange to recall and too troubling to forget.”