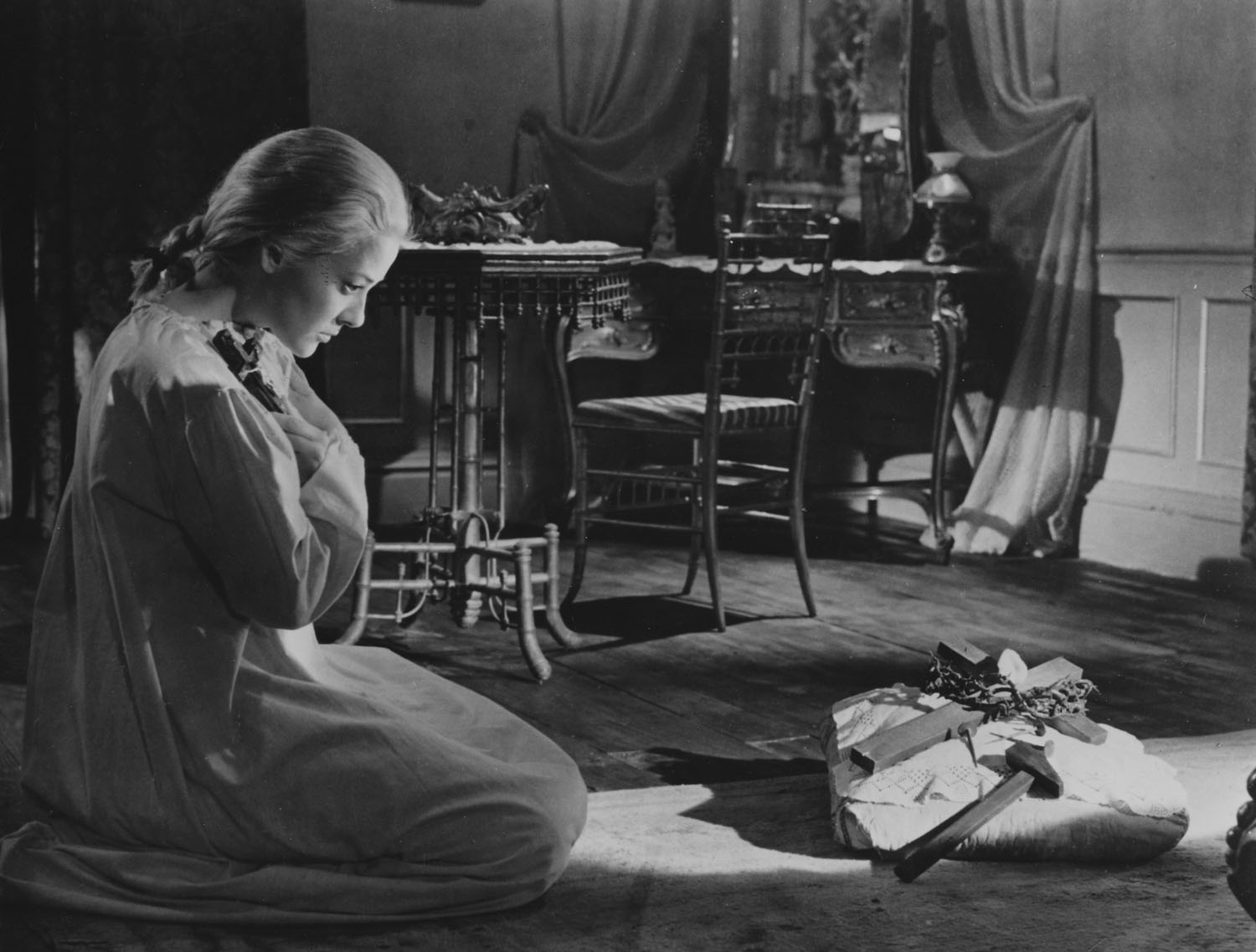 Viridiana, Luis Buñuel’s provocative 1961 Palme d’Or-winning classic proving that life is a bitch and then you play cards, will run at New York City’s Film Forum from Friday, April 24, through Thursday, April 30.

Inspired by a painting of Saint Viridiana kneeling on the floor before a crucifix and crown of thorns (and by Benito Pérez Galdós’ novel Halma), co-written by Buñuel and Julio Alejandro, and financed by the lead actress’ rich husband, Viridiana stars Silvia Pinal (recently honored with a Lifetime Achievement 2008 Ariel Award), as a pious young nun who, before entering a cloister, goes visit her strange and reclusive uncle (Fernando Rey). There, while trying to do Good, she befriends the uncle’s out-of-wedlock son (Francisco Rabal), who enjoys having the company of his pretty cousin. 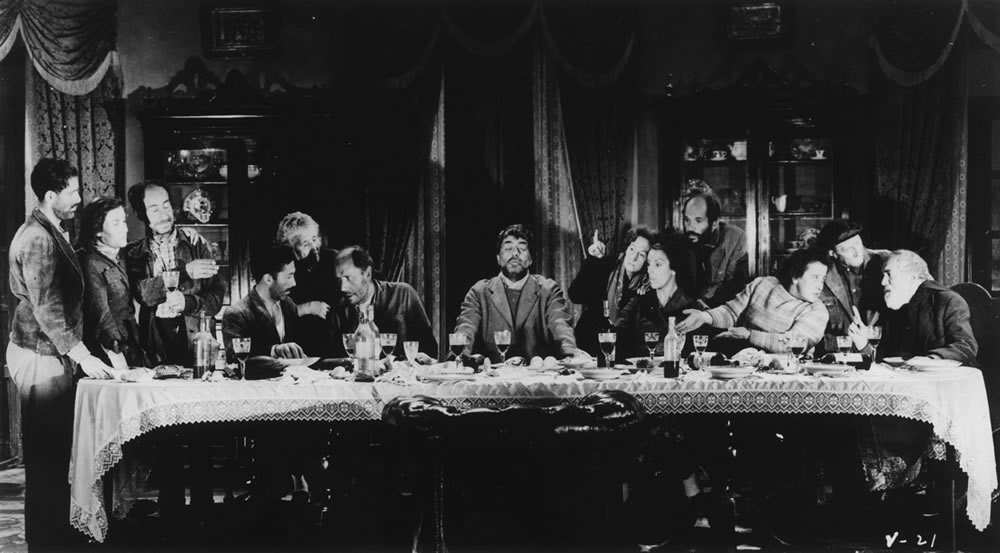 In Viridiana, Buñuel’s humor is, as usual, subtly (sometimes not that subtly) mordant, though the film isn’t exactly the type that’ll make you pee in your pants laughing. That said, there’s a very good chance it’ll elicit chuckles here and there, in addition to either gasps or applause (quite possibly both) at the filmmaker’s daring – including the infamous dinner-table sequence in which the local rabble is portrayed like Christ and the apostles in Da Vinci’s “Last Supper.” (My favorite scene in Viridiana shows an obnoxious little girl jumping rope – a rope had just been used for a suicide.)

Needless to say, the Catholic Church wanted Buñuel exorcized, while General Francisco Franco’s right-wing regime had the film banned in Spain, where reportedly all local prints were burned. All to no avail. Franco is long gone, the Catholic Church has been rocked by myriad real-life scandals – whereas Buñuel’s merciless cinematic demons, now more widely available than ever, remain as effective as they were nearly half a century ago. 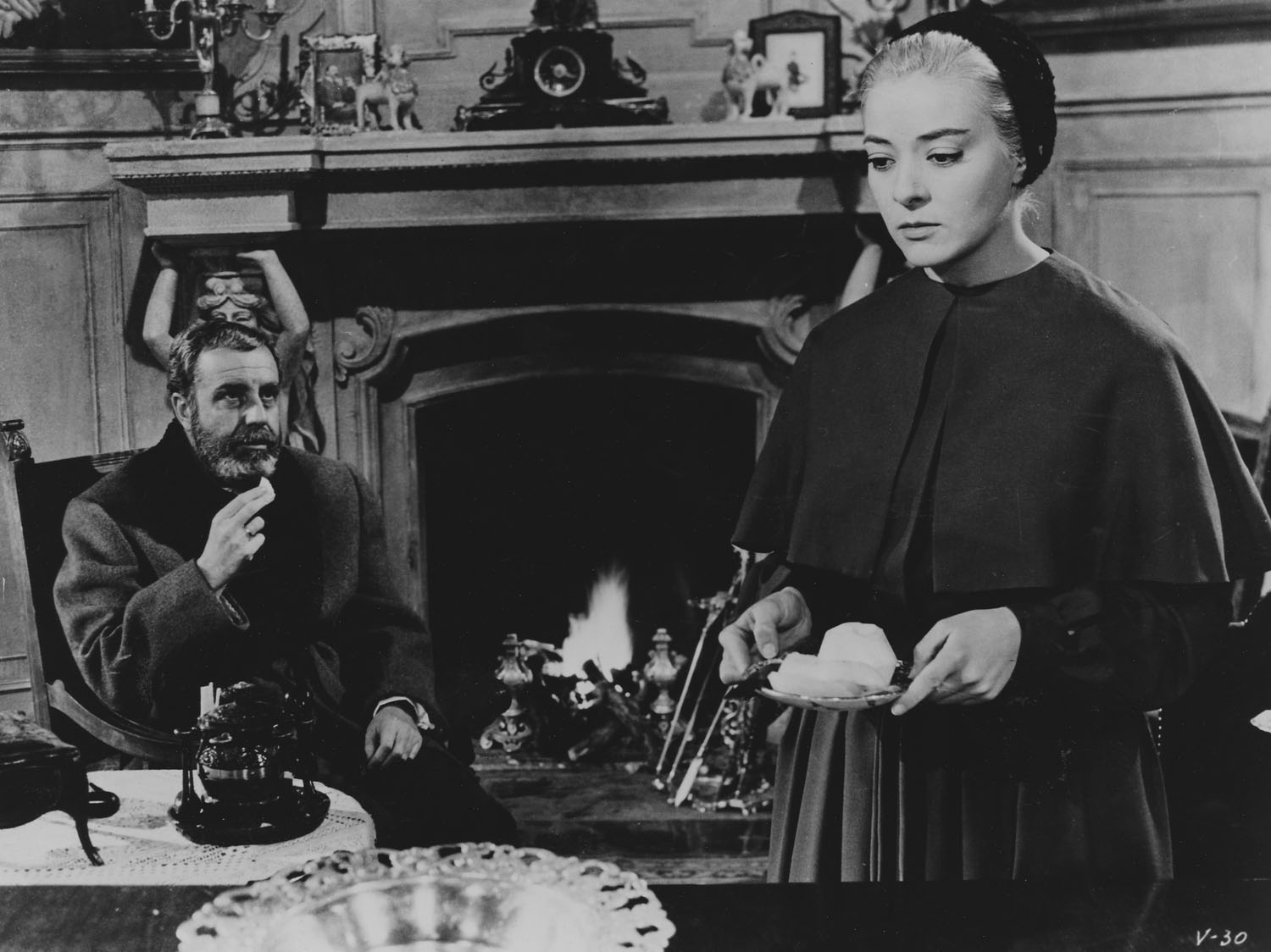 The synopsis below is from Film Forum:

“As ordered by Mother Superior, ultra-pious, about-to-be-cloistered nun Viridiana (Silvia Pinal) goes for a last visit to the reclusive uncle she hardly knows (Buñuel regular and French Connection heavy Fernando Rey), solely as a mission of mercy — but unknown to her, there’s a perfectly fitting wedding dress and spiked coffee in store. Buñuel creates a memorable tableau: Rey’s neglected illegitimate son Francisco Rabal, despite a utilitarian view of women and offensive — even for the time — smoking habits, frees a little dog from cruelty only for another one to trot past in the same plight; a penitential crown of thorns flames up next to an outdoor bonfire while a child’s jump rope is involved in death and attempted rape; and Viridiana‘s attempt to take a bevy of pitiful beggars under her wing ends with… Apparently altruism doesn’t pay — but that’s just the beginning of the provocations in Buñuel’s triumphant return to filmmaking in Franco’s Spain, where censors actually approved the script — but then “a reproduction of Da Vinci’s ‘Last Supper’ was its sole description of the most notorious scene.” 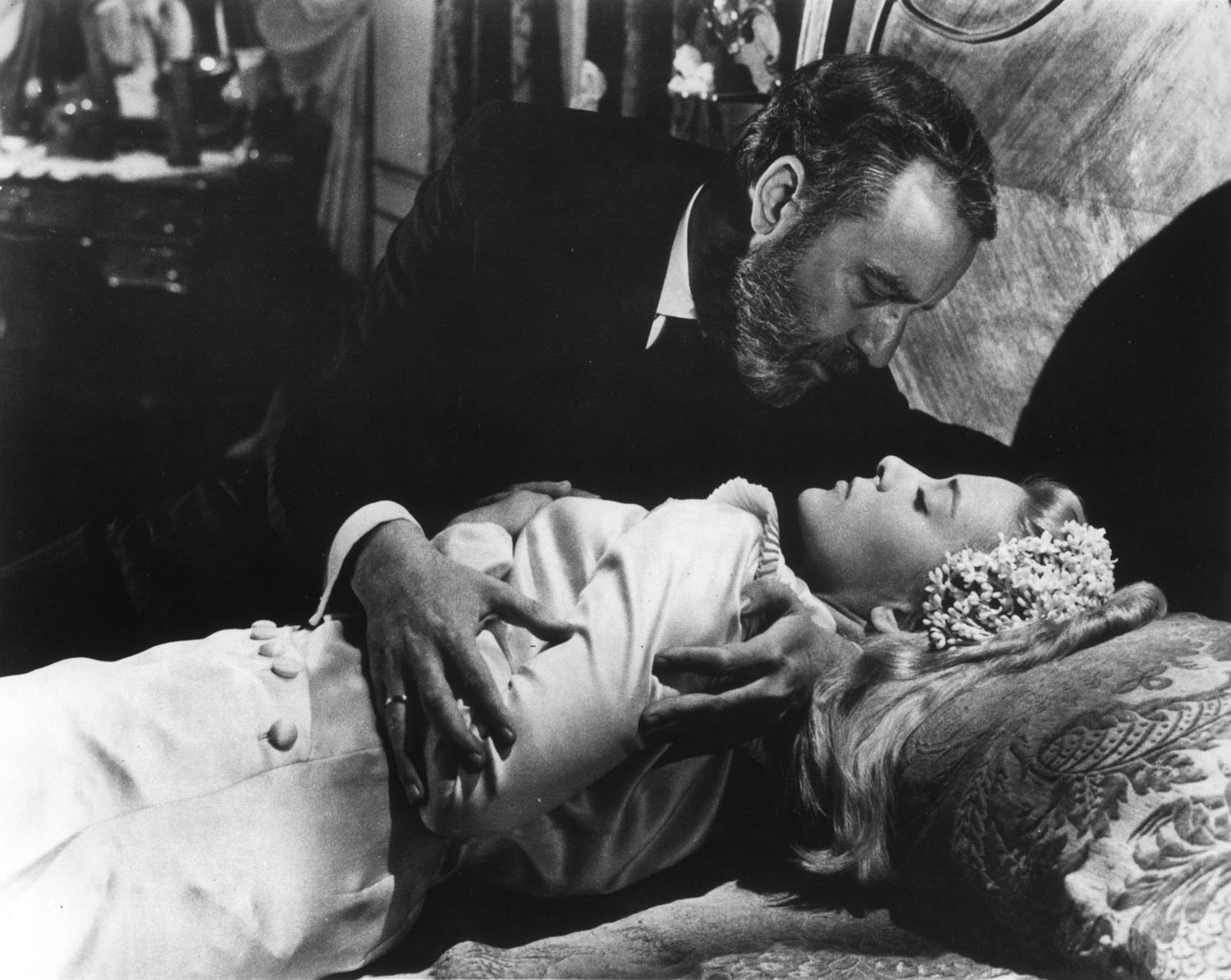 Nagisa Oshima In the Realm of the Senses Director: ‘Obscene Is What...