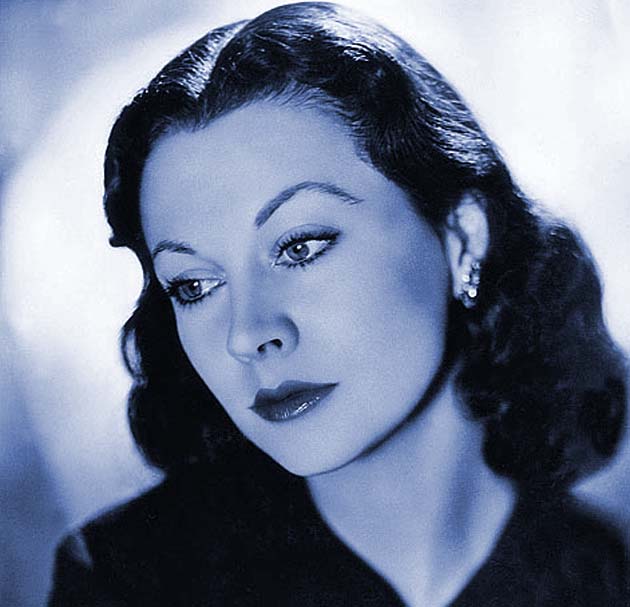 Vivien Leigh is Turner Classic Movies’ star today, Aug. 18, ’15, as TCM’s “Summer Under the Stars” series continues. Mostly a stage actress, Leigh was seen in only 19 films – in about 15 of which as a leading lady or star – in a movie career spanning three decades. Good for the relatively few who saw her on stage; bad for all those who have access to only a few performances of one of the most remarkable acting talents of the 20th century.

This evening, TCM is showing three Vivien Leigh movies: Gone with the Wind (1939), 21 Days Together (1940), and A Streetcar Named Desire (1951). Leigh won Best Actress Academy Awards for the first and the third title. The little-remembered film in-between is a TCM premiere.

‘Gone with the Wind’

Seemingly all has been written about the making of Gone with the Wind and its lasting popularity. But some enterprising attention-getters still manage to come up with new stuff about David O. Selznick’s Hollywood epic emeritus. Even if that means inane op-ed pieces clearly written to generate controversy – these are known as shameless “click-bait posts.”

Just this year, one such affirmed that Gone with the Wind should be banned because of its portrayal of black slaves. Fire and brimstone – and, one assumes, lots of clicks – ensued. People never learn; instead of staying away from this sort of bullshit – and how about a bisexual Vivien Leigh frolicking with a parade of male escorts? – they gleefully dive right into it.

Anyhow, imagine someone being unable to appreciate the beautiful performances of Best Supporting Actress Academy Award winner Hattie McDaniel and Butterfly McQueen, in my view two of the very best of that era.

Stereotypical? Only if you find Michel Serrault’s performance in La Cage aux Folles stereotypical – and would like Edouard Molinaro’s movie banned in case it offends the sensibility of gays. Or in case you find Al Pacino’s performance in Scarface offensive and would like to have Brian De Palma’s gangster drama banned so as not to offend Hispanic sensibilities. The list could go on and on. Until no movie or book or play (or online article) is left.

Back in the late ’30s, there were some who were offended by Gone with the Wind as well – and in this particular instance I’m not talking about ethnic relations or the institution of slavery. Ever the nativistic right-winger, former minor actress turned powerful gossip columnist Hedda Hopper bitched that with so many American actresses eager to play Scarlett O’Hara, David O. Selznick had opted for a little-known Englishwoman (actually, Anglo-Indian).* Well, it’s a good thing he did.

Margaret Mitchell’s favorite, Georgia-born Miriam Hopkins, would have been an interesting Scarlett – although I find it hard to imagine her as the book’s heroine, especially as Hopkins was then in her mid-to-late 30s. That’s two decades older than Scarlett at the beginning of the story and nearly a decade older than the Tara-bound heroine at the end of the encyclopedia-thick novel.

Paulette Goddard and Joan Bennett would have been curious choices as well, but, at least that I’ve seen, neither actress ever became as powerful a performer as Vivien Leigh. Katharine Hepburn, another top choice, would have been a memorably bizarre Scarlett. Ideal casting in a warped parallel universe. 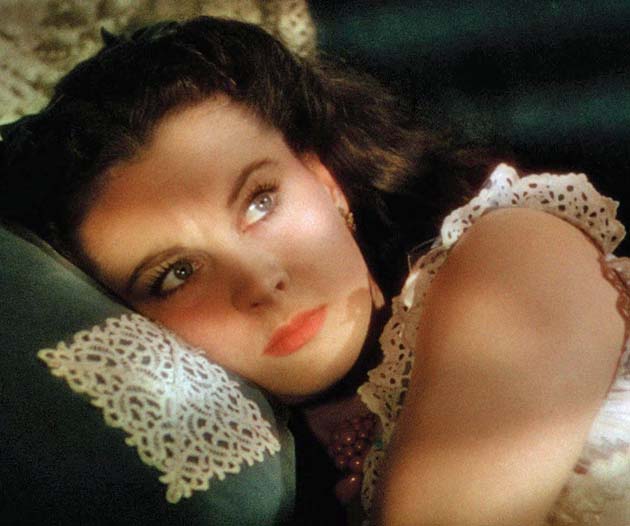 Vivien Leigh as Scarlett O’Hara in ‘Gone with the Wind.’

For the record, other actresses mentioned in various publications as possibilities for the role of Scarlett O’Hara included the following:

The Wikipedia Scarlett O’Hara page also includes the following – many of whom are patently absurd “possibilities”:

Apparently missing from the list are only Fay Wray, Greta Garbo, Marlene Dietrich, Judy Garland, Shirley Temple, Beulah Bondi, Bonita Granville, Mary Boland, and Anna May Wong. Had she not died in 1934, Marie Dressler would surely have been found in the list above.

Now really, had Oklahoma-born Phyllis Isley met David O. Selznick at that time, there’s a good chance that she would have played Scarlett – and “I” de Winter in Rebecca, etc. If the name doesn’t ring a bell, then the moniker Jennifer Jones probably will.

I should note that looking back, Vivien Leigh seems the obvious choice for the 1939 Best Actress Oscar. But according to reports at the time, Bette Davis was the initial favorite for her performance as a spoiled rich brat with terminal cancer in Edmund Goulding’s Dark Victory. The other nominees that year were:

Gone with the Wind eventually took home a total of eight Academy Awards, including Best Picture and Best Director, in addition to a special Oscar statuette for production designer William Cameron Menzies.

TCM premiere 21 Days Together – just 21 Days in the U.K. – is probably Vivien Leigh’s least known post-Gone with the Wind release. Although shot in 1937 for producer Alexander Korda, the Basil Dean-directed film came out in 1940, but received relatively little play.

Yet 21 Days Together, even if basically a B crime drama, is notable for a variety of reasons:

As found on the IMDb, Galsworthy’s story (or play) had been previously filmed as The Stranger (1924), with Betty Compson and Richard Dix working for director Joseph Henabery.

In 1957, it would be remade as The Last Ones Shall Be First. Directed by Rolf Hansen, the West German production starred Ulla Jacobsson, Maximilian Schell, and O.E. Hasse. 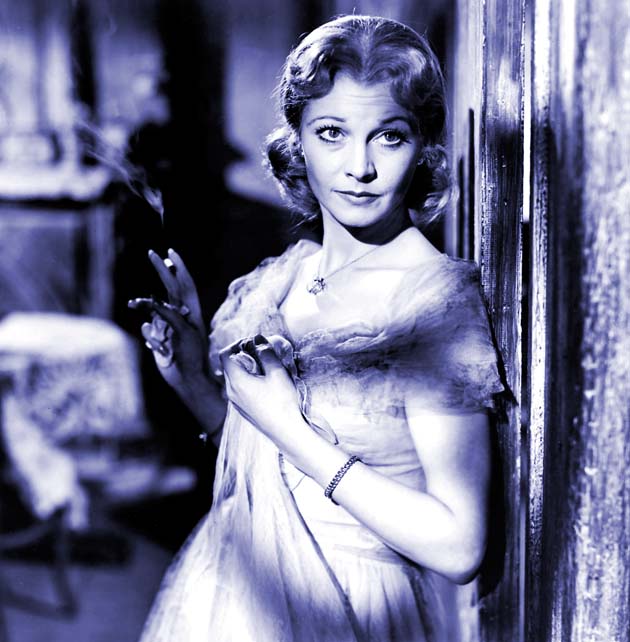 In Elia Kazan’s A Streetcar Named Desire, Vivien Leigh plays what some have described as an older version of Scarlett O’Hara. I fail to see the connection except for the fact that both Scarlett and Blanche DuBois are Southern belles and unconventional movie heroines – in fact, Scarlett and Blanche, ever the non-conformists, are archetypal anti-heroines; more so than Marlon Brando’s brutish, uncouth Stanley Kowalski is an anti-hero. And in the usual “rebel cinema” tradition, they’re both made to pay for not toeing the line.

Leigh had already played Blanche on the London stage. (Jessica Tandy had the role on Broadway.) She was the one major international star at the time, as Brando had just started appearing in films (Fred Zinnemann’s independently made The Men the previous year), and neither Kim Hunter nor Karl Malden meant much to moviegoers anywhere.

For her efforts – one of the greatest film performances ever – Vivien Leigh won her second Best Actress Oscar. She would star in only three more films before succumbing to tuberculosis at age 53 on July 8, 1967.

* Vivien Leigh’s Scottish-born father, Ernest Hartley, was the son of an Englishman from the Yorkshire area and his wife. According to Leigh biographer Anne Edwards, her mother, Gertrude Yackjee (sometimes spelled Yackje), was born in Ireland. However, that’s not true – and not just because the name Yackjee doesn’t sound all that Celtic.

In his 1988 book, Vickers also states that “most who recall the Hartleys in India remember that Mrs. Hartley had Armenian blood, believing that this explained Vivien’s dark Eastern beauty.” An Aug. 12, ’15, article found at “Armenians in India – Behind the Scenes Forgotten History,” attempts to corroborate that version of Leigh’s background. The author affirms that Gertrude Yackjee’s grandfather on her father’s side was a Catholic Armenian; to back up his claims, he provides quite a bit of background information and several images, while adding that the origins of Yackjee’s grandmother remain unclear.

In case you remain unconvinced, one thing is certain: David O. Selznick’s publicity machine notwithstanding, Vivien Leigh was definitely not of French-Irish stock like Scarlett O’Hara.

Vivien Leigh A Streetcar Named Desire image: Warner Bros., via the website Once Upon a Screen.

Mr. Soares - I have been a fan of Vivien Leigh for over 50 years now, and own and read every bio ever written about here (even the ridiculous one by Anne Edwards), and though some people “speculate” that she may have “some” Indian blood (dot not a feather), running through her veins, I have never heard it absolutely confirmed or proven that this is so. I have even read that the only reason some speculate is because of her dark hair-blue eyes combo. But look at Catherine Zeta-Jones, very similar colouring, a welsh girl. But please correct me if I am wrong, but only with definitive proof, not just conjecture stated as fact.
S Kirk