The War on Christmas: Movies that come to mind & fighting ‘haters and atheists’

Rejoice: The War on Christmas is back!

Maybe in the old days.

But much like Christmas shopping and fire, flood, drought, and hurricane season, looks like the annual War on Christmas – at one time known as a second cousin once removed of the War on Cops – is becoming an year-round event.

Weeping and gritting of teeth has seized certain population segments in the U.S.A. after Fox News, that beacon of intellectual freedom at the end of the cable news tunnel, announced that … Starbucks’ holiday season cups are a) red b) devoid of Christmas decorations.

Could it be a satanic conspiracy disguised as politically correct inclusiveness?

The result of a communist takeover at the Seattle-headquartered company?

Cruel and unusual Christian persecution in the form of paper cups?

Your guess is as good as mine.

At a rally in Springfield, Illinois, on Nov. 8, Trump told his crowd of supporters: “Maybe we should boycott Starbucks, I don’t know. Seriously. I don’t care.”

Boycott or no, and whether or not you choose to patronize Starbucks while calling yourself Ms./Mr. Merry Christmas (while also, like some self-proclaimed devout Christians, carrying a gun in your pocket), we’re taking this opportunity to suggest six movies that came to mind after learning of the politically correct, satanic-communist conspiracy to wage war against that most holy of (pagan-inspired) Christian holidays. See below. 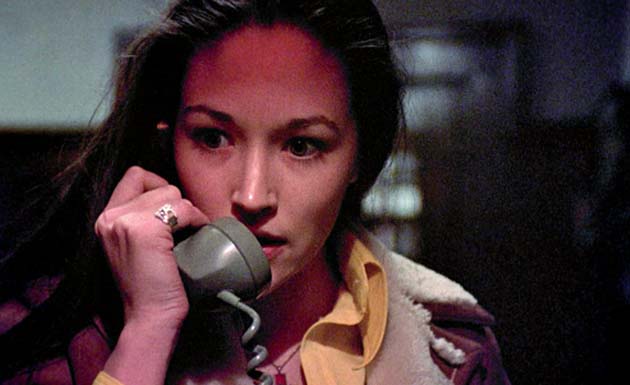 ‘Black Christmas’ with Olivia Hussey: A one-person war on Christmas and the spirit of sisterhood.

In Bob Clark’s slasher horror thriller Black Christmas, a.k.a. Silent Night, Evil Night, a murderous psychopath hides in the attic of a sorority house, making what’s usually referred to as “obscene phone calls” before wholesomely killing one resident at a time during the Christmas season. 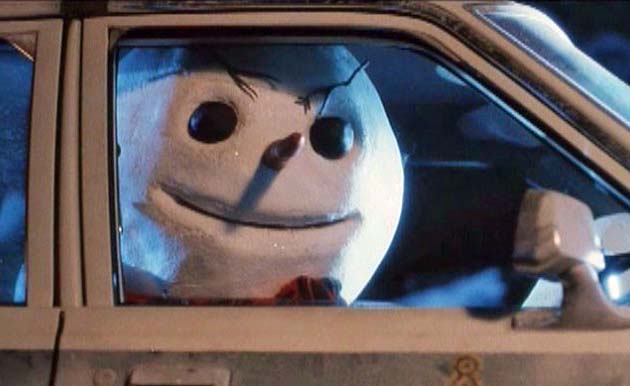 For some filmmakers, ’tis the season to be gory. Below is a trio of minor – but admired in some quarters – Christmas season horror thrillers:

Ruth Gordon in ‘Rosemary’s Baby’: Starbucks’ and little old ladies’ War on Christmas as seen through the lenses of Roman Polanski.

War on Christmas in New York

In Roman Polanski’s 1968 psychological horror classic Rosemary’s Baby, Mia Farrow plays a New York City housewife whose actor husband (John Cassavetes), much like Faust a few centuries earlier, makes a pact with the devil: in his particular case, a devil’s spawn in exchange for better acting gigs. Selfish? Well, one shouldn’t be too judgmental. Some feel the need to seize the American (or pick your favorite nationality) Dream any way they can.

Adapted by Roman Polanski from Ira Levin’s novel, Rosemary’s Baby was produced by William Castle, best known for his B horror flicks of the 1950s and early 1960s (Macabre, House on Haunted Hill, The Tingler).

Now, what does Rosemary’s Baby have to do with the War on Christmas? Well, Rosemary spends the holiday season eating raw meat – a tell-tale sign that she’s pregnant and that inside her is a fetus with nontraditional culinary values. You can’t get more unChristmasy than that. 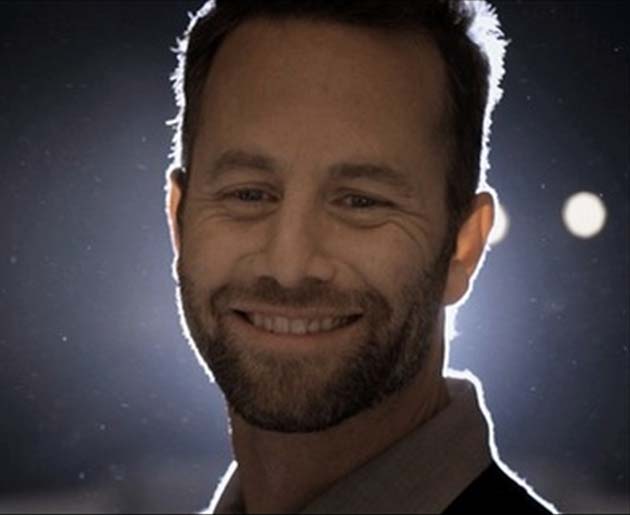 Kirk Cameron on the battlefront of the War on Christmas

Directed by co-star and co-screenwriter Darren Doane (with Cheston Hervey), Kirk Cameron’s Saving Christmas – the title says it all – was supposed to have been a cinematic war on the War on Christmas. Instead, according to reviewers the semi-documentary had the exact opposite effect.

“That’s the style of absurd logic that happens in Kirk Cameron’s Saving Christmas, an earnest movie that strives to show that the overflow of Santa hats, gifts and decked halls is in fact still keeping Christ at the center of Christmas.” Penny Walker in the Arizona Republic.

The film didn’t fare much better with moviegoers. Having grossed a modest $2.78 million, Saving Christmas is listed as the fourth worst movie ever made on the IMDb, trailing:

Undaunted, around the time Saving Christmas came out the former Growing Pains actor came up with a special tie-in coffee blend. The “Saving Christmas Blend” tagline immodestly (and not very accurately) proclaimed: “We saved Christmas. Now, taste the glory.”

And we’ve gone full circle, back to the War on Christmas and coffee.

[2] The 1997 Jack Frost movie is not to be confused with Troy Miller’s 1998 fantasy comedy-drama of the same name, starring Michael Keaton, Kelly Preston, Joseph Cross, Mark Addy, and Eli Marienthal.

And regarding Patsy Kelly, who would have guessed back in the 1930s that Thelma Todd’s pal in comedy shorts such as Sing Sister Sing and Bum Voyage would end up a member of a New York coven of satan-worshipping witches?