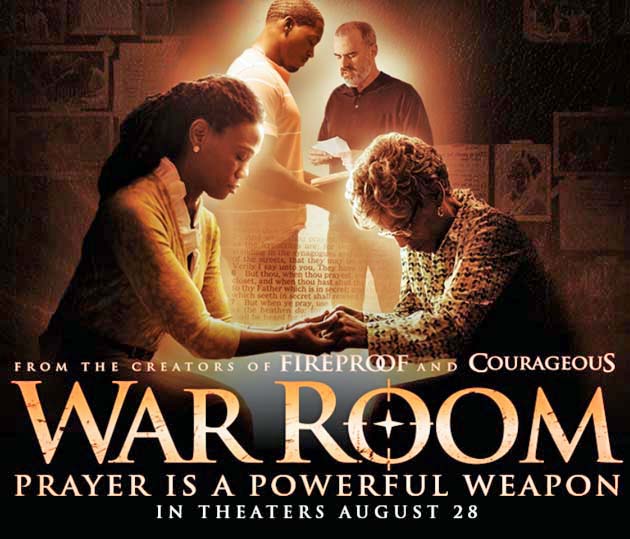 A miracle was needed for any of this weekend’s new entries to beat the sleeper hit of 2015, F. Gary Gray’s Straight Outta Compton, at the North American box office. As long as studio estimates are on target, that miracle has (sort of) happened thanks to War Room. Praise the Power of Prayer and the Power of Expert Targeted Marketing.

“If you haven’t started already, pray for this movie,” urges an Evangelical Christian website featuring a War Room promotional giveaway, “that the Holy Spirit would be in abundance at each showing of the film, that hearts would be impressed to pray more than ever and that revival will happen as a result!”

Directed by Alex Kendrick and co-written by Kendrick and his brother, Stephen Kendrick, the Power of Prayer family drama War Room tells the story of a married couple (Priscilla C. Shirer, T.C. Stallings) who, with the assistance of a devoutly Christian elderly lady (Karen Abercrombie) and numerous appeals to The Lord, manage to save their union.

Lambasted by U.S. critics – War Room has a downright rotten 20 percent approval rating and 3.9/10 average among Rotten Tomatoes‘ top critics – the film has clearly struck a chord with Evangelical churchgoing groups, which often buy movie tickets in bulk. (Whether or not everyone actually shows up at the screenings is another matter.)

Televangelists discovered long ago that God Is Money. When they saw the Friday, Aug. 28, ’15, box office results for the “faith-based” – i.e., Evangelical Christian – War Room, the suits at Sony Pictures are now all revivalist believers as well.

War Room was supposed to trail the Christopher McQuarrie-Tom Cruise actioner Mission: Impossible – Rogue Nation at the domestic box office this weekend, collecting no more than $5 million from 1,135 locations. Instead, the Christian drama has become somewhat of a threat to the weekend box office supremacy of Straight Outta Compton.

On Friday, War Room debuted with an estimated $3.87 million vs. $3.83 million for Straight Outta Compton – which is now expected to have a steeper drop-off rate than box office gurus had predicted. Important: bear in mind that the War Room Friday total includes $600,000 from Thursday evening showings. In other words, the actual Friday box office champ was indeed Straight Outta Compton. 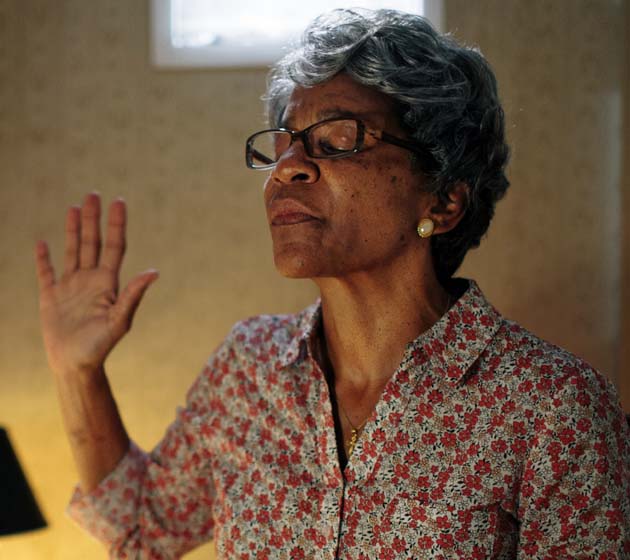 Could War Room beat Straight Outta Compton over the weekend? Although at this stage nothing is impossible, it’s certainly unlikely.

Straight Outta Compton figures are expected to go up on Saturday; that’s normal for “older” releases. Barring a(nother) miraculous surge, War Room should be down today for a couple of reasons:

‘War Room’ vs. ‘Courageous’ and ‘Fireproof’

Needless to say, War Room has no chance of becoming a major sleeper hit like last year’s Son of God ($59.7 million) or Heaven Is for Real ($91.44 million). But it’ll likely match – or possibly surpass – the box office take of Kendrick’s previous effort, Courageous. For comparison’s sake:

War Room was made for a reported $3 million. It’s unclear how much was spent on marketing and distribution; not infrequently, in case there’s a ready-made target audience for their cheaply produced or acquired films, major studios incur expenses on prints and advertising that overshadow the movies’ production budget.

As mentioned above, War Room may have been a hit among Evangelical Christians, but critics have remained skeptical. The Salt Lake City Weekly‘s Scott Renshaw, for one, wrote:

Structurally, the movie is a mess, building to so many different endings it really should’ve been called ‘The Return of the King of Kings.’ And even more troubling is the mix of victim-blaming in an emotionally-abusive relationship and an infantile depiction of prayer that turns God into a genie who gives your husband food poisoning before he can cheat on you. All the Satan-rebuking speeches in the world can’t make a story uplifting when it subtly suggests that you can tell a real Christian by the way everything always works out exactly the way they pray for it.

Once again, remember not to get this particular War Room mixed up with Chris Hegedus and D.A. Pennebaker’s acclaimed 1993 political documentary The War Room.

Early estimates for the Zac Efron electronic dance music flick We Are Your Friends were way off: dumped by Warner Bros. in the dog days of late August, the Max Joseph-directed romantic drama took in a dismal $725,000 from 2,233 locations – at no. 12 on the U.S. and Canada box office chart.

Wrapping this up, the Owen Wilson-Pierce Brosnan thriller No Escape earned an estimated $2.44 million on Friday at no. 3, followed by Mission: Impossible – Rogue Nation with $2.18 million, and Sinister 2 with $1.4 million.

WAR ROOM ( CHRISTIAN MOVIE ) is the BEST MOVIE EVER!!!!!!
EVERYONE should watch it a FEW TIMES, it’s just what OUR AMERICA needs right NOW!!! It PUTS YOUT LIFE IN CHECK!!! ALL FAMILIES PLEASE WATCH……??????

this movie helped me pray and know that our God is a forgiving father?