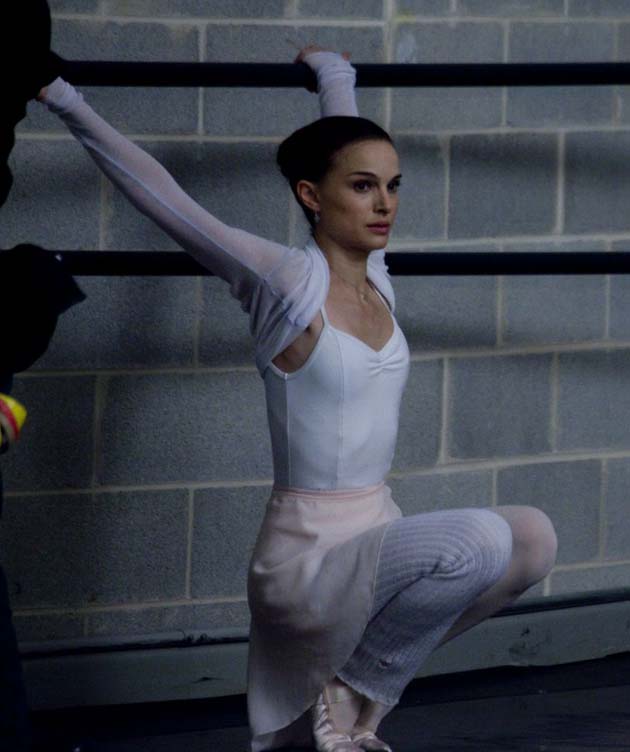 The Spirit Awards aren’t the Oscars, we’re told. No, they aren’t. But they share a lot more in common with one another than the free-spirited, it’s-all-about-the-art crowd would have us believe.

Held this afternoon, Feb. 26, at Santa Monica beach, the 2011 Spirit Awards mostly went to Oscar-nominated mainstream hits and near-hits. And that’s nothing new. Voted on by anyone who is a Film Independent or Independent Film Project member, previous Best Film (Independent) Spirit Award winners include Precious, The Wrestler, Juno, Little Miss Sunshine, Brokeback Mountain, Sideways, and Lost in Translation, all of which earned more than $40 million worldwide – several earned more than $100 million – and all but one of which were Best Picture Oscar contenders. (The exception was The Wrestler.)

Darren Aronofsky’s Black Swan, which has taken in more than $200 million at the global box office, was this year’s Best Picture. Distributed by News Corp. subsidiary Fox Searchlight, Aronofsky’s psychological thriller about a ballerina way past the verge of a nervous breakdown also earned indie honors for its director, star Natalie Portman, and cinematographer Matthew Libatique.

Black Swan, Portman, Aronofsky, and Libatique have all been nominated for Academy Awards as well; Portman is the favorite in the Best Actress category.

Though hardly a major box office hit domestically – the $18 million production has scored a disappointing $17.61 million in the U.S. and Canada – 127 Hours has earned nearly as much as the combined worldwide box office take of the other films nominated in the Spirit Awards’ Best Actor category: Greenberg, Daddy Longlegs, Rabbit Hole, and Cyrus, which together have pulled in $18.11 million globally according to Boxofficemojo.com.

Here’s wondering how many Spirit Award voters had actually heard of – let alone seen – the other nominees in the Best Foreign Film category: Kisses, 2010 Cannes Film Festival winner Uncle Boonmee Who Can Recall His Past Lives, Mademoiselle Chambon, and Of Gods and Men, which won the French Academy’s César on Friday (Feb. 25). 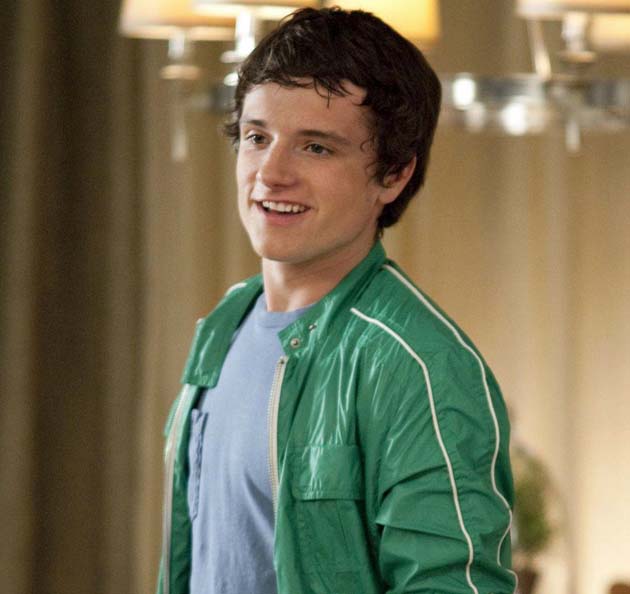 Josh Hutcherson in ‘The Kids Are All Right’: Spirit Awards’ Best Screenplay winner.

Stuart Blumberg and co-writer/director Lisa Cholodenko were the winners for the Best Screenplay Spirit Award for their feminist, audience-friendly mix of comedy and drama, open-mindedness (when it comes to lesbian families), and politically correct bigotry (when it comes to heterosexual males with healthy sexual appetites): The Kids Are All Right, a $4 million production that took in 20.8 million domestically – more than the combined worldwide gross of the other Best Screenplay nominees: Winter’s Bone, Please Give, Life During Wartime, and Rabbit Hole. (Worldwide, The Kids Are All Right has collected $29.54 million to date.)

‘Winter’s Bone’: The Oscars possessed by the Spirit Awards

Oscar nominee John Hawkes and Oscar snubbee Dale Dickey were the Spirit Award winners for their supporting performances in Debra Granik’s Winter’s Bone. Dickey is the only top Spirit Award winner not in the running for an Academy Award.

Winter’s Bone, I should add, is a $2 million production that has collected $6.43 million domestically (nearly $8 million worldwide). Besides, the socially conscious family drama is up for 4 Academy Awards, including Best Picture and Best Actress (Jennifer Lawrence). Admittedly, this is one instance when the Academy has gone the way of the Spirit Awards, and not vice-versa.

The Spirit Awards and the Oscars part ways in the “minor” categories, which are generally devoted to truly small, truly independent, truly lower-than-low budget films. 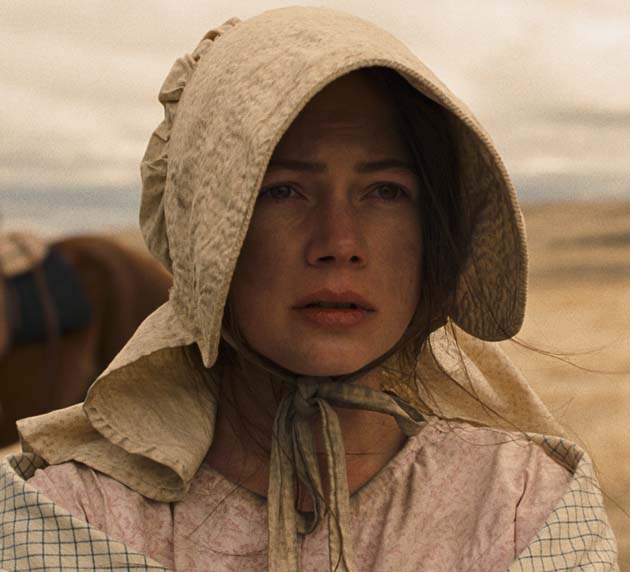 The Producers Award was given to Anish Savjani for the Kelly Reichardt-directed, Jonathan Raymond-scripted Meek’s Cutoff, about stranded settlers in 1845 Oregon. Meek’s Cutoff, which was screened at the Venice and New York film festivals last year, opens in the United States on April 8. The film stars Michelle Williams (one of this year’s Best Actress Oscar nominees, for Blue Valentine), Shirley Henderson, Paul Dano, Bruce Greenwood, Zoe Kazan, and Neal Huff.

The Someone to Watch Award went to Mike Ott for Littlerock, about two Japanese siblings (co-writer Atsuko Okatsuka and Rintaro Sawamoto), one of whom is left stranded in the titular California desert town while visiting the area’s World War II internment camps for Japanese-Americans.

The John Cassavetes Award, “given to the best feature made for under $500,000,” went to Benny and Josh Safdie’s Go Get Some Rosemary / Daddy Longlegs, which is not a remake of the old Fred Astaire-Leslie Caron musical or the old, old silent film starring Mary Pickford. This Daddy Longlegs is about a divorced man (Ronald Bronstein) who goes on a carefree trip with his two sons.

And last but not least, Jeff Malmberg won the Truer than Fiction Award for his documentary Marwencol, about a brain-damaged man who, as a form of physical and emotional therapy, creates a miniature World War II-era town in his backyard. 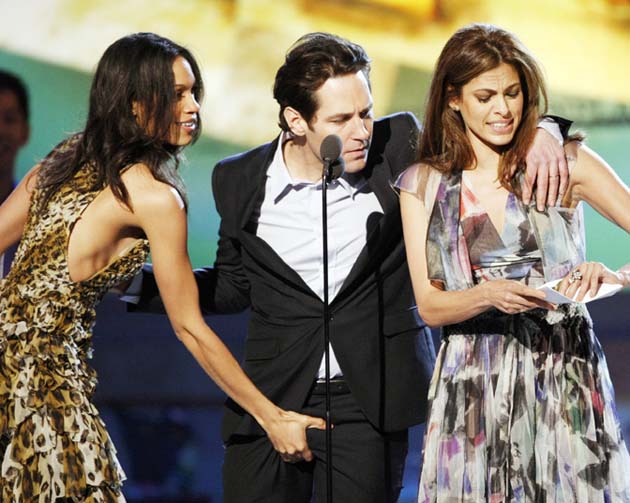 Rosario Dawson grabs the crotch of Paul Rudd, who had grabbed Eva Mendes’ breast at the Spirit Awards ceremony.

The 2011 Spirit Awards ceremony will be shown – absurdly, not live – on the IFC channel tonight, Feb. 26, at 10:00 p.m. ET/PT. Actor and comedian Joel McHale hosted the proceedings earlier today at Santa Monica Beach.

According to the Spirit Awards’ press release, among the ceremony highlights were:

Some may disagree, opting to classify as “ceremony highlights” the following: 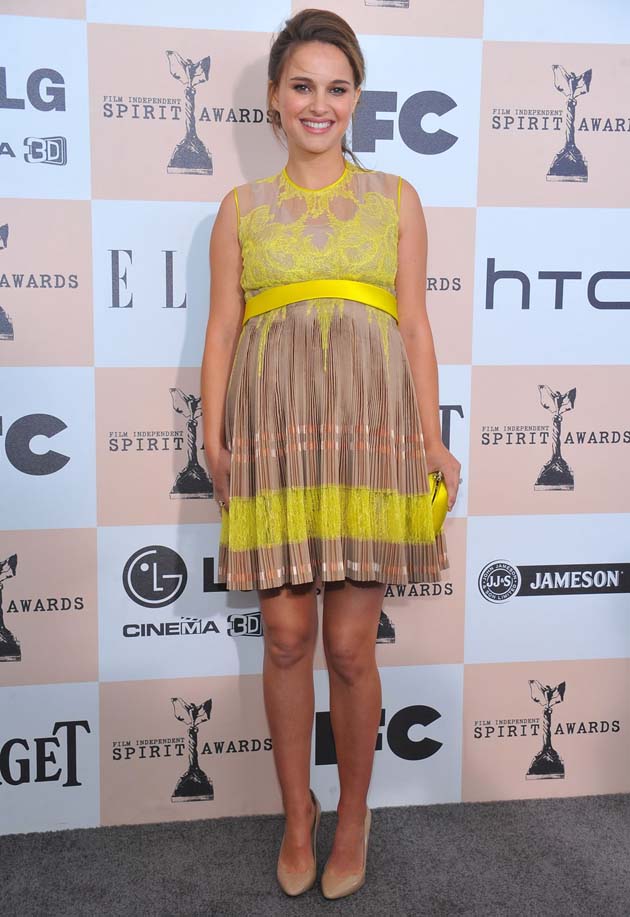 Her fellow nominees were:

Natalie Portman, Nicole Kidman, Annette Bening, Jennifer Lawrence, and Michelle Williams are also vying for this year’s Best Actress Oscar. Portman is the odds-on favorite. The Oscar ceremony is taking place this evening, Feb. 27, at the Kodak Theatre in Hollywood. 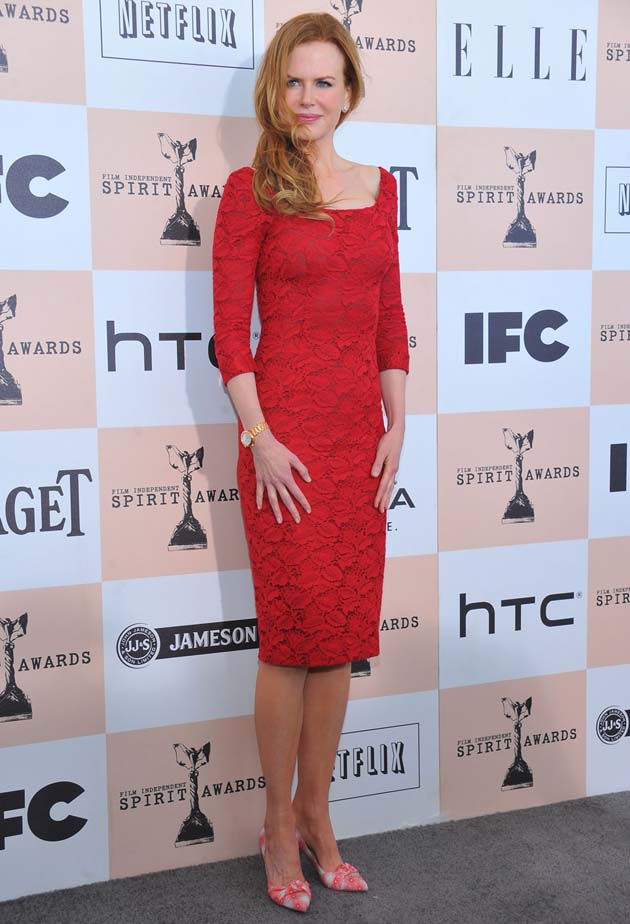 Kidman has been previously nominated for two Academy Awards, winning once:

Image of Josh Hutcherson in the Spirit Awards’ Best Screenplay winner The Kids Are All Right: Focus Features.

This is the best shot of the year! Ruud’s expression is priceless…