They are the statuettes handed out by the British Academy of Film and Television Arts.

But then … why so many American movies?

Once again, what are the BAFTA Awards?

They’re Hollywood-on-the-Thames – and have been for quite some time.

This year, for instance, found on the various BAFTA longlists are Paul Thomas Anderson’s There Will Be Blood, Joel and Ethan Coen’s No Country for Old Men, Tony Gilroy’s Michael Clayton, Jason Reitman’s Juno, Ridley Scott’s American Gangster, Paul Greengrass’ The Bourne Ultimatum, Sean Penn’s Into the Wild, and numerous other U.S. releases.

As usual, no matter how well-received upon their release, smaller independent British films – e.g., Shane Meadows’ This Is England, Sarah Gravon’s Brick Lane – fared rather poorly at the BAFTAs, with Control as this year’s exception to that particular rule.

A 2006 release in the United States, Half Nelson, which earned Ryan Gosling a Best Actor Oscar nomination a year ago, apparently suffered the fate of other movies that arrived in the U.K. after the Oscar ballyhoo was over – and were thus perceived as yesteryear’s goods.

One curious 2006 exception: The German-language The Lives of Others, which can be found on several longlists including Best Film.

Though likely Oscar 2008 nominees in some category or other, also faring less than stellarly on the BAFTA longlists are Sarah Polley’s Alzheimer’s drama Away from Her and Todd Haynes’ Bob Dylan-inspired I’m Not There, which managed only one mention apiece: for Best Actress hopeful Julie Christie and Best Supporting Actress hopeful Cate Blanchett, respectively. 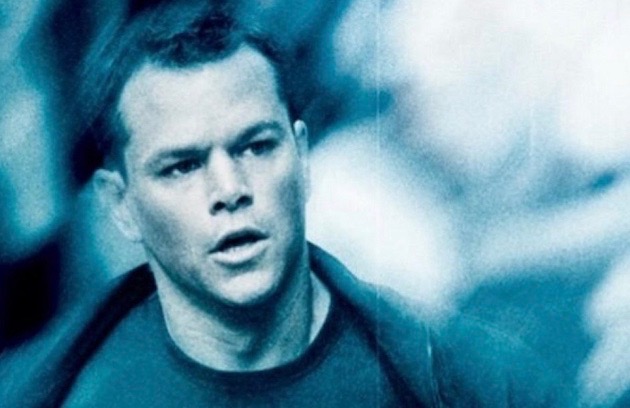 The Bourne Ultimatum with Matt Damon. “What are the BAFTA Awards?” The BAFTA Awards are the symbol(s) of the British Academy’s adoration for Hollywood filmmaking. Case in point, Paul Greengrass’ thriller The Bourne Ultimatum, which can be found on key BAFTA longlists, including Best Film, Best Director, Best Actor (Matt Damon), Best Supporting Actress (Joan Allen), and Best Adapted Screenplay (Scott Z. Burn, George Nolfi, Tony Gilroy). An Oscar winner in the Best Original Screenplay category (with Ben Affleck for Good Will Hunting, 1997) and a Best Actor nominee (also for Good Will Hunting), Matt Damon has yet to be shortlisted for a BAFTA Award.

Okay, again: What are the BAFTA Awards?

The longlists below offer incontestable evidence that they’re the British Academy Awards; in other words, British-set but with an unabashedly Hollywood bent.

This short list of BAFTA longlists is evidence that the British Academy Awards are very much Hollywood-oriented.

Last one: What are the BAFTA Awards?

The organization that lists American Gangster in the Best Original Screenplay category – even though screenwriter Steven Zaillian’s script is based on Mark Jacobson’s New York Magazine article “The Return of Superfly.”

BEST FILM
American Gangster.
Atonement.
The Bourne Ultimatum.
Charlie Wilson’s War.
Control.
The Diving Bell and the Butterfly.
Eastern Promises.
Into the Wild.
Juno.
The Kite Runner.
The Lives of Others.
Lust Caution.
Michael Clayton.
No Country for Old Men.
There Will Be Blood.

BEST DIRECTOR
3:10 to Yuma.
American Gangster.
Atonement.
The Bourne Ultimatum.
Control.
The Diving Bell and the Butterfly.
Eastern Promises.
Into the Wild.
Juno.
The Kite Runner.
The Lives of Others.
Lust Caution.
Michael Clayton.
No Country for Old Men.
There Will Be Blood.

BEST ORIGINAL SCREENPLAY
American Gangster.
Before the Devil Knows You’re Dead.
Eastern Promises.
Elizabeth: The Golden Age.
Hot Fuzz.
In the Valley of Elah.
Juno.
Knocked Up.
The Lives of Others.
Michael Clayton.
Once.
Ratatouille.
Things We Lost in the Fire.
This is England.
La Vie en Rose.

BEST ADAPTED SCREENPLAY
3:10 to Yuma.
Atonement.
The Bourne Ultimatum.
Brick Lane.
Charlie Wilson’s War.
Control.
The Diving Bell and the Butterfly.
Harry Potter and the Order of the Phoenix.
Into the Wild.
The Kite Runner.
Letters from Iwo Jima.
Lust Caution.
No Country for Old Men.
Sweeney Todd: The Demon Barber of Fleet Street.
There Will Be Blood. 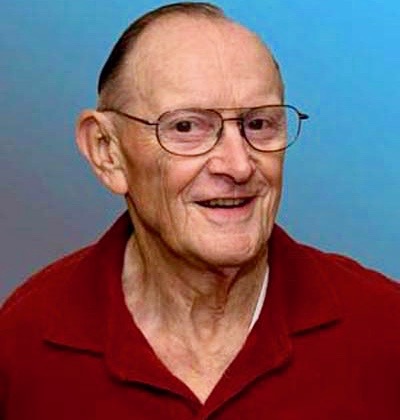 David A. Grafton will be the next recipient of the Academy of Motion Picture Arts and Sciences’ Gordon E. Sawyer Award, “presented to an individual in the motion picture industry whose technological contributions have brought credit to the industry.”

According to the Academy’s press release, the English-born Grafton is “a pioneering designer of lenses for optical effects printers, which at the time of their development were adopted by nearly every visual effects facility in the motion picture industry.”

For more than three decades, Grafton designed electro-optical systems for IBM, NCR, EG&G, and Xerox. In the 1970s, he also worked with special effects companies such as Industrial Light & Magic and Boss Film Studios, thus contributing to the production of George Lucas’ Star Wars, Irvin Kershner’s The Empire Strikes Back, Ridley Scott’s Blade Runner, and numerous other motion pictures.

David A. Grafton has already received two of the Academy’s Scientific and Engineering Awards: in 1980, for the optical design of a telecentric anamorphic lens for motion picture optical effects printers, and in 1986, as part of the team responsible for the design and development of the Zoom Aerial 65mm Optical Printer.

David A. Grafton will become the 21st recipient of the Gordon E. Sawyer Award, which was first handed out in 1982.

Previous honorees include cinematographer Joseph Walker (You Can’t Take It with You, Here Comes Mr. Jordan, The Jolson Story), and visual effects artists Ray Harryhausen (The 7th Voyage of Sinbad, Mysterious Island, Jason and the Argonauts) and Linwood G. Dunn (Flying Down to Rio, Citizen Kane, the 1949 Mighty Joe Young).

The 2008 Gordon E. Sawyer Award – despite the different name, it’s an Oscar statuette – will be presented at the Scientific and Technical Awards Dinner on Feb. 9, at the Beverly Wilshire Hotel in Beverly Hills. Snippets from the ceremony, with Fantastic Four actress Jessica Alba at the helm, will be featured in the Oscar show.

In other Oscar 2008 news, the Academy has announced that seven films remain in contention in the 2008 Academy Awards’ Best Make-Up category.

Titles range from big-budget Hollywood fare like Zack Snyder’s 300 and Gore Verbinski’s Pirates of the Caribbean: At World’s End to French-language fare like Olivier Dahan’s La Vie en Rose, starring Marion Cotillard as chanteuse Edith Piaf, and Julian Schnabel’s The Diving Bell and the Butterfly, in which Mathieu Amalric becomes a tetraplegic. See below.

The Diving Bell and the Butterfly.
Harry Potter and the Order of the Phoenix.
La Vie en Rose.
Norbit.
Pirates of the Caribbean: At World’s End.
Sweeney Todd: The Demon Barber of Fleet Street.
300.

On Jan. 19, members of the Academy’s Make-Up Branch will view 10-minute excerpts from each of the seven films. Following the screenings, they will select three films for final Oscar consideration.

The 80th Academy Award nominations will be announced on Jan. 22 at 5:30 a.m. Pacific Time at the Academy’s Samuel Goldwyn Theater in Beverly Hills.

The Academy Awards ceremony will be held on Sunday, Feb. 24, at the Kodak Theatre at the Hollywood & Highland Center in Los Angeles.

What are the BAFTA Awards? Find out more about them at the British Academy of Film and Television Arts’ website.

“What Are the BAFTA Awards? Hollywood-on-the-Thames + David A. Grafton Academy Honor” last updated in September 2018.