Don’t expect to get a clear answer from the European Film Academy, which has announced its list of non-European films nominated for the 2005 Prix Screen International.

Strangely, several European co-productions can be found on the list, most notably Fernando Meirelles’ The Constant Gardener – a sociopolitical-romantic drama that looks, sounds, and tastes British.

After all, though directed by a Brazilian national and mostly set in Kenya, The Constant Gardener – written and produced by, and starring English talent – is certainly no less European than Best European Film nominee Don’t Come Knocking, which, though directed by the German Wim Wenders, is set in the United States, has as its basis a screenplay by the American Sam Shepard, and stars a mostly non-European cast led by Shepard and Minnesotan Jessica Lange.

It might be a good idea for the European Film Academy to – pardon the expletive – globalize its nomination process, as their picks for who/what is “European” and who/what isn’t can become both labyrinthine and contradictory.

Additionally, a truly international awards ceremony based in Europe could turn out to be the sort of strong competitor the U.S.-based Academy of Motion Picture Arts and Sciences needs; one that just might help to put an end to the Oscars’ awards season supremacy and, who knows, the Academy’s artistically challenged, Hollywood-dominated choices.

In any case, the 11 “non-European” nominees (six of them English-language productions) for the 2005 Prix Screen International are:

Lastly, would anyone not consider Alfred Hitchcock’s Rebecca, Max Ophüls’ Letter from an Unknown Woman, Milos Forman’s One Flew Over the Cuckoo’s Nest, and Roland Emmerich’s Independence Day American productions simply because they were directed by Europeans?

The Prix Screen International winner will be announced at the European Film Awards ceremony on Dec. 3 in Berlin.

From “What’s European?” to Certifiably British: Fernando Meirelles’ aforementioned non-European yet British drama The Constant Gardener was the big winner at the 2005 British Independent Film Awards (BIFA), held on Nov. 30 at the Hammersmith Palais in London.

Expect to see/hear more of The Constant Gardener this awards season.

Instead of Fernando Meirelles, Neil Marshall topped the Best Director category for the horror thriller The Descent, the story of a group of cavers trapped by a rockfall in a dark, creepy cavern inhabited by unneighborly humanoid creatures.

The Best Supporting Performance (male or female) award went to Rosamund Pike for Laurence Dunmore’s period drama The Libertine, in which she plays the wife of the sensualistic title character (played by Johnny Depp).

See full list of BIFA winners and nominees further below. 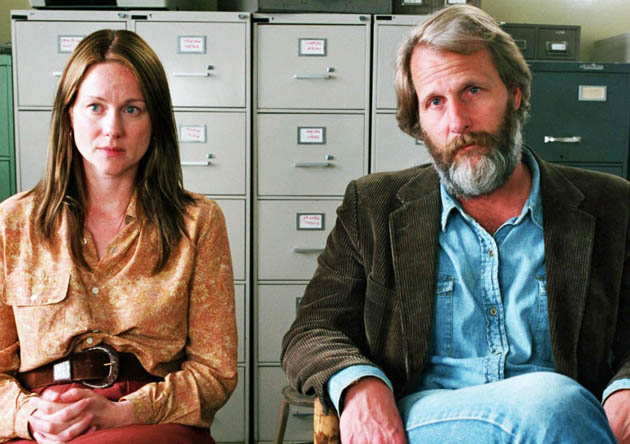 The Squid and the Whale with Jeff Daniels and Laura Linney. Brooklyn-based couple gets a divorce and then have to deal with their troubled sons (12-year-old Owen Kline [real-life son of Kevin Kline and Phoebe Cates], teenager Jesse Eisenberg) in Noah Baumbach’s enthusiastically received dramatic comedy The Squid and the Whale, winner of the Gotham Awards’ Best Ensemble. Also in the cast: William Baldwin and Best Supporting Actress Oscar winner Anna Paquin (The Piano, 1993).

Something the Lord Made and The Closer actress Kyra Sedgwick hosted this year’s Gotham Awards ceremony.

See below the full list of winners and partial list of nominees at the British Independent Film Awards and the Gotham Awards.

Documentary: The Liberace of Baghdad.

U.K. Personality of the Year: Keira Knightley for Pride & Prejudice, The Jacket, Domino.

Film
Brokeback Mountain.
* Capote.
A History of Violence.
Keane.
Me and You and Everyone We Know.

Breakthrough Director
Miranda July, Me and You and Everyone We Know.
* Bennett Miller, Capote.
Phil Morrison, Junebug.
Andrew Wagner, The Talent Given Us.
Alice Wu, Saving Face.

Best Film Not Playing at a Theater Near You: I Am a Sex Addict. 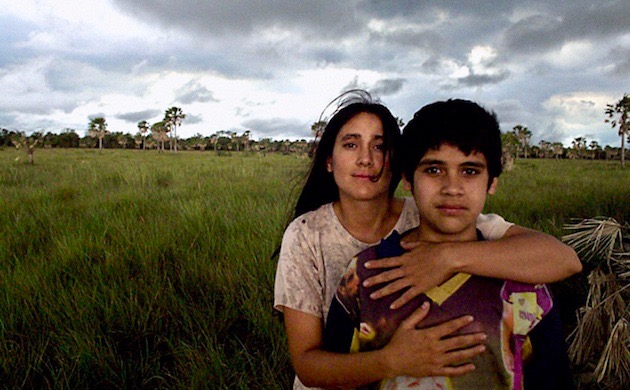 Among this year’s other Stockholm Film Festival winners are writer-director Annie Griffin’s Scottish dark comedy Festival, which earned the Best Screenplay award, and Best Actor Vincent D’Onofrio for Mike Mills’ U.S.-made dramatic comedy Thumbsucker, which some months ago earned Lou Taylor Pucci – not D’Onofrio – acting honors at both the Berlin and Sundance festivals.

Below is a partial list of this year’s Stockholm Film Festival winners.

First Film: Me and You and Everyone We Know.

Cinematography: Be with Me, Adrian Tan. 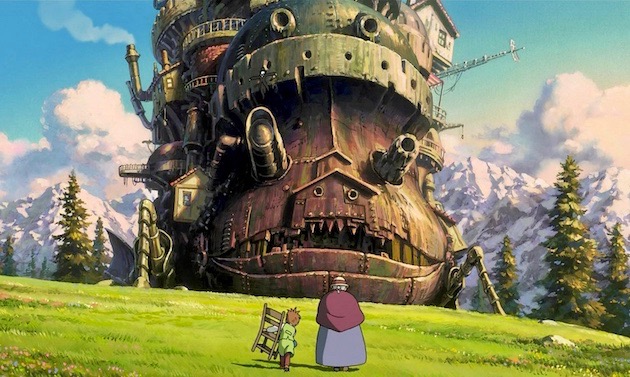 From the Stockholm Film Festival to the Academy Awards: Ten films are eligible to compete in the 2006 Academy Awards’ Best Animated Feature Film category.

The list of contenders was compiled by the executive committee of the Academy’s Short Films and Feature Animation Branch. As per current Academy rules, a maximum of three animated films can be nominated in a year in which the number of eligible entries ranges between eight and sixteen.

Note: Movies that have yet to open in Los Angeles County must fulfill all of the Academy’s general release requirements before the end of the year. The animated films listed below may also qualify for Academy Awards in other categories.

The ten films eligible for the Best Animated Feature Oscar are:

A second round of voting will narrow the field down to the five official nominees.

The 2006 Oscar nominations will be announced on Jan. 31 at the Academy’s Samuel Goldwyn Theater in Beverly Hills. The awards ceremony will take place on March 5 at the Kodak Theatre in Hollywood.

Whatever your take on the politically motivated U.S.-made label, below is a partial list of winners at the 2005 Los Angeles Latino Film Festival.