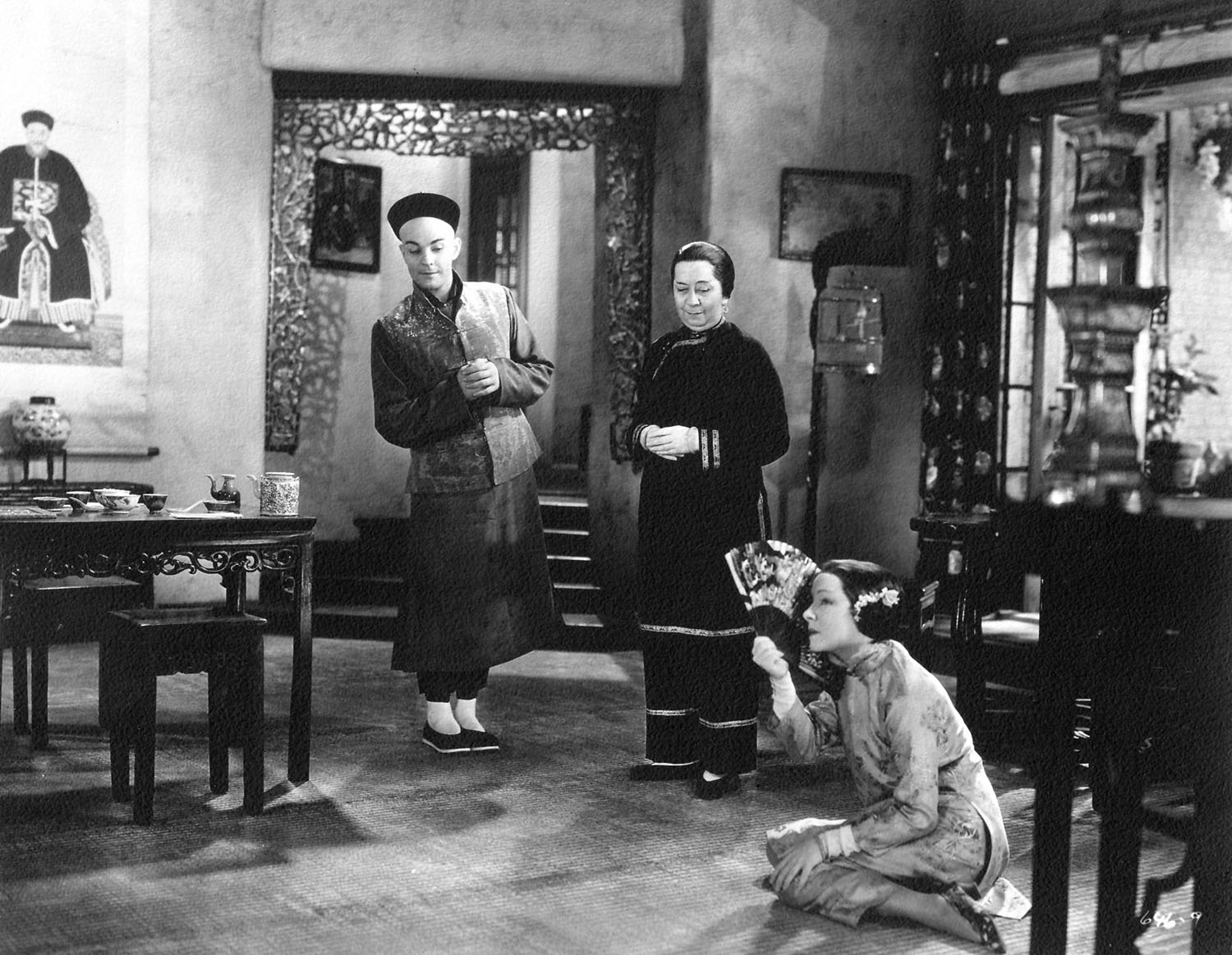 The ethnic controversy surrounding the casting of Gérard Depardieu as Alexandre Dumas in Safy Nebbou’s The Other Dumas reminded me of Arthur Dong’s 2007 documentary Hollywood Chinese, which discusses how Caucasian actors usually played major Chinese roles in American movies – a.k.a. “whitewashing” – up to the not-too-distant past. Among those featured in Hollywood Chinese, whether in clips or as talking heads or both, are Paul Muni, Peter Sellers, Nancy Kwan, Luise Rainer, Katharine Hepburn, Turhan Bey, Joan Chen, Ang Lee, Christopher Lee, Sidney Toler, and, inevitably, Warner Oland, the most famous Dr. Fu Manchu and Charlie Chan (for those who know their film history).

At a panel discussion held after the Los Angeles’ AFI FEST screening of Hollywood Chinese a couple of years ago, Nancy Kwan – who’s part Scottish, part Chinese – told the crowd that she’s an actress, and therefore should be cast in any sort of role she’s able to play, be it a Chinese character or, say, a Hispanic character. She added that she ran into difficulties when auditioning for roles of other ethnicities, having to face hostility from contenders who resented the fact that a “Chinese” actress was trying to steal their parts.

Kwan’s was my favorite remark – naysaying to a certain extent what Hollywood Chinese stands for. Two-time Oscar winner Luise Rainer’s take on the matter was just as politically incorrect. In the film, Rainer says she is an actress and therefore should be able to play all sorts of roles as long as she can make the characters real, regardless of their ethnicity. That’s what acting is all about. I fully agree – even while admitting that mostly that has been a one-way (white to non-white) road to thespian creativity in the U.S. (where historically – at least until fairly recently – the vast majority of the population has been of European ancestry).

Rainer, who won her second consecutive Academy Award for MGM’s 1937 blockbuster The Good Earth, is simply superb as the long-suffering Chinese peasant O-Lan. (By the way, Rainer’s first Oscar was for The Great Ziegfeld; and I should add that the London-based actress turned 100 a couple of weeks ago.)

The issue of ethnicity and movie roles came up to me a few years ago, while I was working on a biography of Mexican-born actor Ramon Novarro (above), Beyond Paradise. I’d read much about white performers playing non-white roles, but basically nothing about non-white actors playing white roles. Yet, back in those days it wasn’t that uncommon. Although Novarro, for one, had a Mediterranean look, he clearly had some Indian blood as well. Dolores del Rio and Sessue Hayakawa were a couple of other non-white performers who played a varied of ethnicities – including Caucasian types – in their Hollywood films.

In Novarro’s case, his Mexican background and mixed ethnicity didn’t prevent him from playing characters of just about every nationality and ethnic group out there during his 15 years as a Metro Pictures/MGM star. For instance, Novarro was a Middle-Eastern Jew in Ben-Hur, an Italian-American in Huddle, an Egyptian in The Barbarian, a part-Pacific Islander in The Pagan, an Englishman in Across to Singapore, a Teutonic type in The Student Prince of Old Heidelberg, a Frenchman in Devil-May-Care, a Central European in The Prisoner of Zenda and The Night Is Young, a Romanian in The Cat and the Fiddle, a Chinese man in The Son-Daughter, etc. etc.

In some roles Novarro looked just fine, in others you had to stretch your imagination a bit (sometimes more than a bit) to believe him as, say, a Chinese student (above, with Helen Hayes and Louise Closser Hale in The Son-Daughter). Once you got past that, he was often thoroughly convincing and even more importantly never turned his characters, regardless of their ethnicity, into caricatures.

Many lament the fact that Anna May Wong didn’t get to play Luise Rainer’s part in The Good Earth. I don’t. I lament the fact that Wong didn’t get to play Paul Muni’s part in that film. She and Rainer would have made a beautiful and much more believable couple. In fact, Wong could have played – and played better – every single Paul Muni role there was, from the title character in Scarface and the title subject in The Life of Emile Zola to the title character in The Last Angry Man and the title subject in The Story of Louis Pasteur.

I’m not kidding. And I’m willing to bet that Luise Rainer would agree with me. Or maybe not.

Beyond Paradise: The Life of Ramon Novarro: The Tragic Story of the Gay Hollywood Star

Mr. Soares,, How much Indian blood must one have before one can be called “white”?Americans are quick to state that most Mexicans have some native blood that makes them “non-white” while ignoring the significant number of Americans who have Native American ancestry and are considered “white”. There has been this consistent legacy from the Black Legend largely promulgated by Great Britain about the cultural and racial inferiority of the Spanish. That “Black Legend” carried over into the Americas during the British and Spanish colonization. There has always been wariness, at best, and antagonism, at worst between English- and Spanish-speaking nations in the Americas. Even when Americans speak sympathetically of Latin Americans, most Americans will comment and, often, emphasize the belief that Latin Americans mixed ancestry makes them “non-white” while American counterparts with that same mixed ancestry are largely “white”. Most Americans are so race-conscious (even if oblivious to it) that non-Americans, especially Latin Americans, are racially scrutinized almost constantly. In Mexico, where Ramon Novarro was born, there are almost 15% of the population as unmixed white. Given that Ramon Novarro’s family was fair, his family was largely of European stock, so much so that, in Mexico, they were white, as was Dolores del Rio’s family. While there is no doubt that some Native Mexican ancestry was there in both cases, they were regarded as “white” in Mexico.
Why weren’t Jonathan Winters, Connie Stevens, Pernell Roberts, Robert Mitchum, among other American celebrities not referred as “non-white”, since they also had Native American ancestry, some even more recent than Ramon Novarro and Dolores del Rio? Because, overall, American supremacy in world politics and American exceptionalism promote a view of sister North and South American republics that labels them as “the Other”, “not like us”, “non-white”.
I offer my comments as something to ponder. In my experience, this double standard with regard to “whiteness” is rarely considered or spoken among those Americans who consider themselves white.