Just recently, Moore wrote a lengthy post on his website in which he discusses a WikiLeaks cable focusing on his polemical documentary blockbuster. See below.

Titled “Another WikiLeaks Cable from the Bush Administration About My Movies,” Michael Moore’s post is dated Dec. 22.

Twice within four days, my name has popped up in the Bush-era secret cables uncovered by WikiLeaks. Lucky me. Though nowhere near as earth-shattering as the uncovering of American misdeeds in Iraq and Afghanistan, these classified cables provide a stunning and bizarre peek into the paranoid minds of the Bush White House when it came to the subject of one Michael Francis Moore.

And considering how WikiLeaks has released only 1,826 cables of its planned drop of 251,287 – and I’ve already played a starring role twice – I can only say I await with bemused anticipation how the moi-storyline will play itself out.

The date was July 30 2004. Fahrenheit 9/11 was already a huge hit in the United States. Just to give you an idea how huge, it had hit #1 at the box office, the only documentary to have ever accomplished this feat, and had made more on its opening weekend than Star Wars: Return of the Jedi.

But it was no easy path to get there. Disney (which owned [initial Fahrenheit 9/11 distributor] Miramax) was apoplectic when they saw the final cut. So they pulled the film from its theatrical schedule. Then they put a permanent block on its release, insuring no one would see it. But then the New York Times, in a front page story, reported that the real reason Disney hated Fahrenheit was they were worried about the tax breaks it got in Jeb Bush’s Florida for Disney World. This caused some embarrassment, so Disney then sold Fahrenheit to the Weinstein Bros., who said they’d spend their own money to distribute it.

The release of the film caused concern at the White House, as this was the re-election year. They hired a pollster who told them the film might tip the election. That was enough for them to swing into action. Much of July was a nonstop barrage of attacks on me and the movie. But that just resulted in more tickets being sold.

Which brings us to Wellington, the capital of New Zealand. There are few nations on earth further away from us. A local chapter of the ruling Labor Party apparently had decided to do a fundraising screening of Fahrenheit 9/11. It was to be hosted by the Prime Minister’s Cabinet Secretary for the Environment.

Well, when the U.S. Embassy in Wellington got word of this, it was like all heck broke loose. America was offended! Phone calls were made to the Prime Minister! Then to the Cabinet Secretary! We … are … not … happy!

Apparently, the Kiwis backed down and the Cabinet Secretary withdrew as the host. A sigh of relief whiffed its way through the American embassy. Moore stopped! The cable back to Washington showed the embassy had no problem taking credit for putting the kabosh on yours truly:

“… it is probable that this potential fiasco may only have been averted because of our phone calls – it is apparent to us that neither the Minister nor anyone else in the Labour government seems to have thought there was anything wrong with a senior Minister hosting such an event.”

So here’s my question:

I mean, seriously – really? This is how the Bush State Department was spending its time – on a single screening of Fahrenheit 9/11 in freakin’ New Zealand? Or maybe … was this kind of interference happening just to New Zealand? Call me crazy, but I gotta feelin’ it doesn’t stop there. Just as a health insurance executive has now come forward as a whistleblower to reveal the millions spent to smear Sicko, I can’t wait for that day when the whistleblower from the Bush White House comes forward to tell the fascinating tale of how the Bush team believed they had to do something – anything – to stop Fahrenheit. Or worse (like the “Plan B” the health insurance companies discussed – to “push Michael Moore off a cliff.”). I didn’t want to think about what the Bush Plan B would be. Just wasn’t worth the crazy-making. So I ignored the things I’d hear, kept my head down and motored on.

But, it does make you wonder. And I ask you, is it fair to pose the question: If they were this focused on some insignificant screening in New Zealand, what else were they up to? And I don’t mean in regards to me. I mean anyone who was on their enemies list …

P.S. Of course, given the false claims the State Department made in the other “secret” cable about my movie Sicko, I guess anything was possible.

P.P.S. Don’t miss the REAL revelations from just the first batch of WikiLeaks cables. For instance, the Obama administration worked together with Republicans to kill an investigation by Spain into Bush’s torture. Pfizer hired a private investigator to dig up dirt on the Attorney General of Nigeria. Bush’s ambassador to France planned to “retaliate” against the country for standing up to Monsanto. And we’re less than 1 percent of the way through … 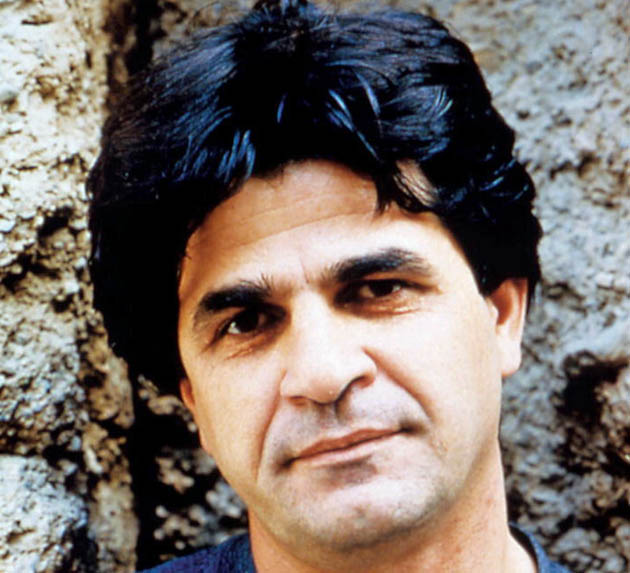 Jafar Panahi sentenced to six years in prison along with fellow Iranian filmmaker Mohammad Rasoulof. Don’t expect any Wikileaks cables to come to the rescue. Panahi is known for latter-day neo-realist films such as The White Balloon (1996), The Mirror (1997), The Circle (2000), and Offside (2006), not infrequently focusing on the plight of women in Iran’s strictly Muslim, brutally patriarchal society.

No Wikileaks cables were involved in the latest development in the fate of Iranian filmmaker Jafar Panahi, who has been condemned by the powers-that-be in Iran’s theocracy for “assembly and colluding with the intention to commit crimes against the country’s national security” and “propaganda against the Islamic Republic.” Panahi has been sentenced to six years in prison.

Additionally, the director of The White Balloon (1996), The Mirror (1997), and Offside (2006) has been banned from making movies, writing screenplays, leaving the country, or talking to the media for the next 20 years.

That is, if Iran’s power-hungry religious fanatics remain in power two decades from now.

Along with Jafar Panahi, filmmaker Mohammad Rasoulof was also sentenced to six years in prison. Rasoulof’s The White Meadows is found among the 2010 LA Weekly critics poll‘s Best Undistributed Films in the United States.

Whether in the name of god (pick the deity of your choice), flag, family, freedom, or some other lofty-sounding ideal, governments – and their corporate owners – have always come up with the necessary excuses (e.g., “national security”) to silence and/or discredit those fighting the political status quo. Even so…

“A specter is haunting the Islamic Republic of Iran,” writes Columbia University professor Hamid Dabashi in The Guardian, “the specter of freedom.”

It would be quite something to witness the release of Wikileaks cables pertaining to the upper echelons of the Iranian government. Just don’t hold your breath waiting for it to happen. 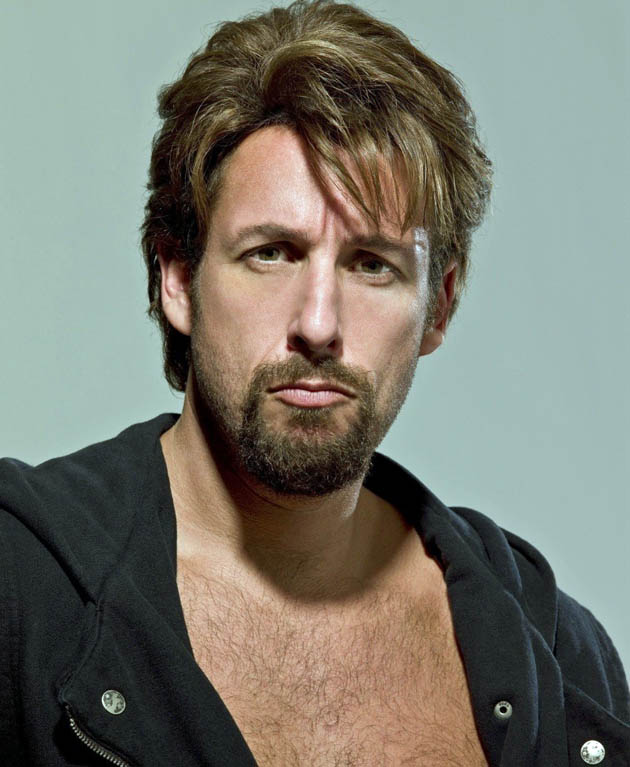 Adam Sandler hot & hairy-chested & carefully coiffed – and still very much alive despite death hoax report unrelated to the latest Wikileaks cables. Despite the seemingly daily announcement of his early demise, the Grown Ups, Spanglish, and The Wedding Singer star is still very much alive. And so is his career, it seems, as Adam Sandler will next be seen in Just Go with It, opposite Jennifer Aniston, and Jack and Jill, with Al Pacino and Katie Holmes.

Adam Sandler hasn’t died, despite claims by … no, not the latest Wikileaks cables, but the “Global Associated News,” a website with an insatiable thirst for clicks. They posted the fake death report with the headline: “Actor Adam Sandler is reported to have died shortly after a snowboard [sic] accident earlier today [Dec. 28].” Obviously, no sources for the “reported” death are provided.

Gossip Cop adds that two weeks ago Morgan Freeman was the victim of a death hoax. More recently, it was Aretha Franklin’s turn.

That’s certainly one way for websites to get tons of hits and linkbacks from the braindead unable to tell the difference between a legitimate news site, Wikileaks cables, and a fake news site. 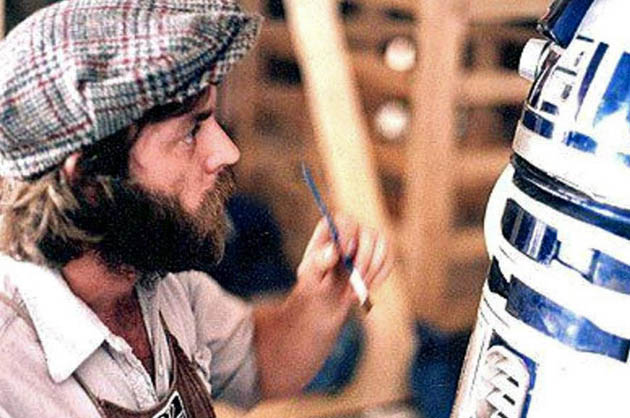 Besides, McCune, along with William Shourt, designed a giant white shark model for Steven Spielberg’s eventual blockbuster Jaws (1975), though neither one of them received on-screen credit.

Additionally, while a partner at Apogee Productions, his work was featured in the Bruce Willis actioner Die Hard. McCune’s own company, Grant McCune Design, would later collaborate on other projects, among them Sam Raimi’s Spider-Man and Spider-Man 2.

About his work with miniatures, McCune told Popular Mechanics in 2008: “I’ve always told people to get a good background in photography first. The most important thing is what you see with your eye. … All the best people who ever worked for me were first good with the eye.”

So the big guy isn’t dead? Why would they lie about it. It’s not funny, I was surprised when I heard!