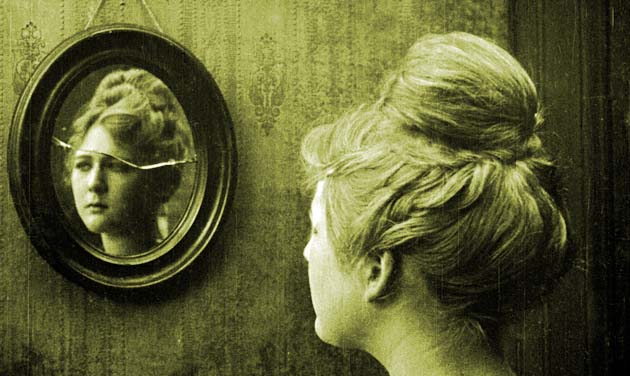 In February 2015, National Film Registry titles will be showcased at the Library of Congress’ Packard Campus Theater – a.k.a. the Packard Campus for Audio Visual Conservation – in Culpeper, Virginia. These range from pioneering woman director Lois Weber’s socially conscious 1916 drama Shoes to Robert Zemeckis’ 1985 blockbuster Back to the Future.

About a week ago, there was much ado about the members of the Academy of Motion Picture Arts and Sciences’ Directors Branch having bypassed Ava DuVernay for her generally well-received historical drama Selma, starring David Oyelowo as Martin Luther King Jr.

In fact, Hollywood as a whole was accused of being nothing more than an overgrown Boy’s Club. One in which male studio executives do their best to keep women far away from jobs behind the camera. (Check out: “Honorary Oscars and Women.”)

Well, if so, then apparently the world of filmmaking used to be much more inclusive back in the more enlightened … 1910s. After all, long before Ava DuVernay, Kathryn Bigelow, and Barbra Streisand there was Lois Weber (among others). Released nearly a century ago, Woman Director Weber’s Shoes features Mary MacLaren (the less famous sister of American Beauty Katherine MacDonald) as a working girl who, in order to help her family, turns to a fate worse than death.

If you think this sounds cliched, then you might want to remember that, however more enlightened and inclusive than our early 21st century, the 1910s were still the 1910s. Women, for instance, didn’t even have the right to vote in the United States.

And in all fairness, is the basic plot of Shoes all that different from, to name one recent title, that of Sam Garbarski’s Irina Palm? For those who haven’t seen this 2007 Marianne Faithfull comedy-drama, the ’60s icon plays a platinum-hearted granny who, in order to help her family, becomes a sex-shop worker of the – quite literally – hands-on kind.

Both Shoes and the 1919 Sessue Hayakawa star vehicle The Dragon Painter will be screened with live musical accompaniment by, respectively, Andrew Simpson and Makia Matsumura.

At the Packard Theater, Presidents’ Day will be celebrated a few days earlier, with the Feb. 12 screening of Young Mr. Lincoln (1939). As made clear by its title, this “imaginative” John Ford-directed biopic focuses on the early years of U.S. president-to-be Abraham Lincoln, with a heavily made-up Henry Fonda in the title role. Young Mr. Lincoln could thus be seen as a precursor of sorts to Steven Spielberg’s Lincoln, which earned Daniel Day-Lewis his third Best Actor Academy Award a couple of years ago.*

Nominated for an Academy Award in the Best Original Screenplay category, the somewhat ponderous Lamar Trotti-written Young Mr. Lincoln comes to life whenever veteran Alice Brady is on screen. As the mother of accused killers Richard Cromwell and Eddie Quillan, Brady delivers the film’s most well-rounded and – by far – most moving performance.

Unfortunately, Young Mr. Lincoln turned out to be her final film. Brady, who had won a Best Supporting Actress Oscar for Henry King’s In Old Chicago (1937), died of cancer on Oct. 28, 1939, less than a week before her 47th birthday.

Also notable among the Packard Theater’s February 2015 films are two John Lasseter-directed Pixar shorts, which will accompany the screening of Back to the Future: Luxo Jr. (1986) and Tin Toy (1988). The former was reportedly the first three-dimensional, computer-animated film nominated for an Oscar.

All Packard Theater screenings are free. For more information, visit www.loc.gov/avconservation/theater/. And check out the full February 2015 movie schedule below.

* For the record, prior to Lincoln, Daniel Day-Lewis won Best Actor Academy Awards for Jim Sheridan’s My Left Foot (1989) and Paul Thomas Anderson’s There Will Be Blood (2007).

Unless otherwise stated, all Packard Theater screenings will be held at 7:30 p.m.

Thursday, Feb. 5. Into the Arms of Strangers: Stories of the Kindertransport (2000). Directed by Mark Jonathan Harris.

Alice Brady photo via the blog “It’s the Pictures That Got Small.”

‘Leave Her to Heaven’: Film Noir in Color Stars Gene Tierney at Her Best