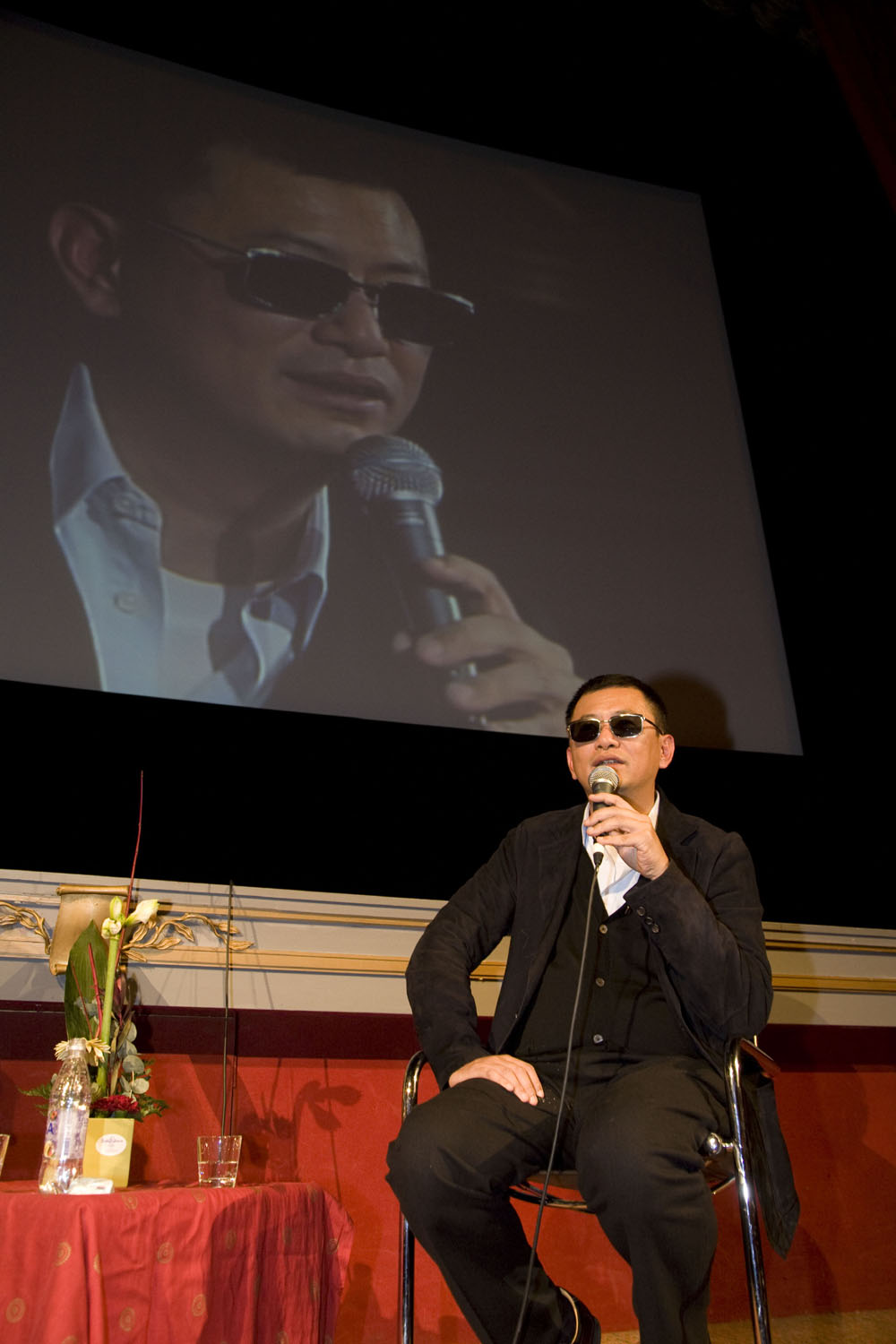 Screenwriter-director Courtney Hunt’s immigrant smuggling drama Frozen River takes place in the days before Christmas near a border crossing on the Mohawk reservation between New York State and Quebec, where two single mothers – one white, one Mohawk – in dire straits dive into the border-smuggling underworld. Melissa Leo (above, with Michael O’Keefe), who has recently won best actress honors at the Marrakech Film Festival, stars. 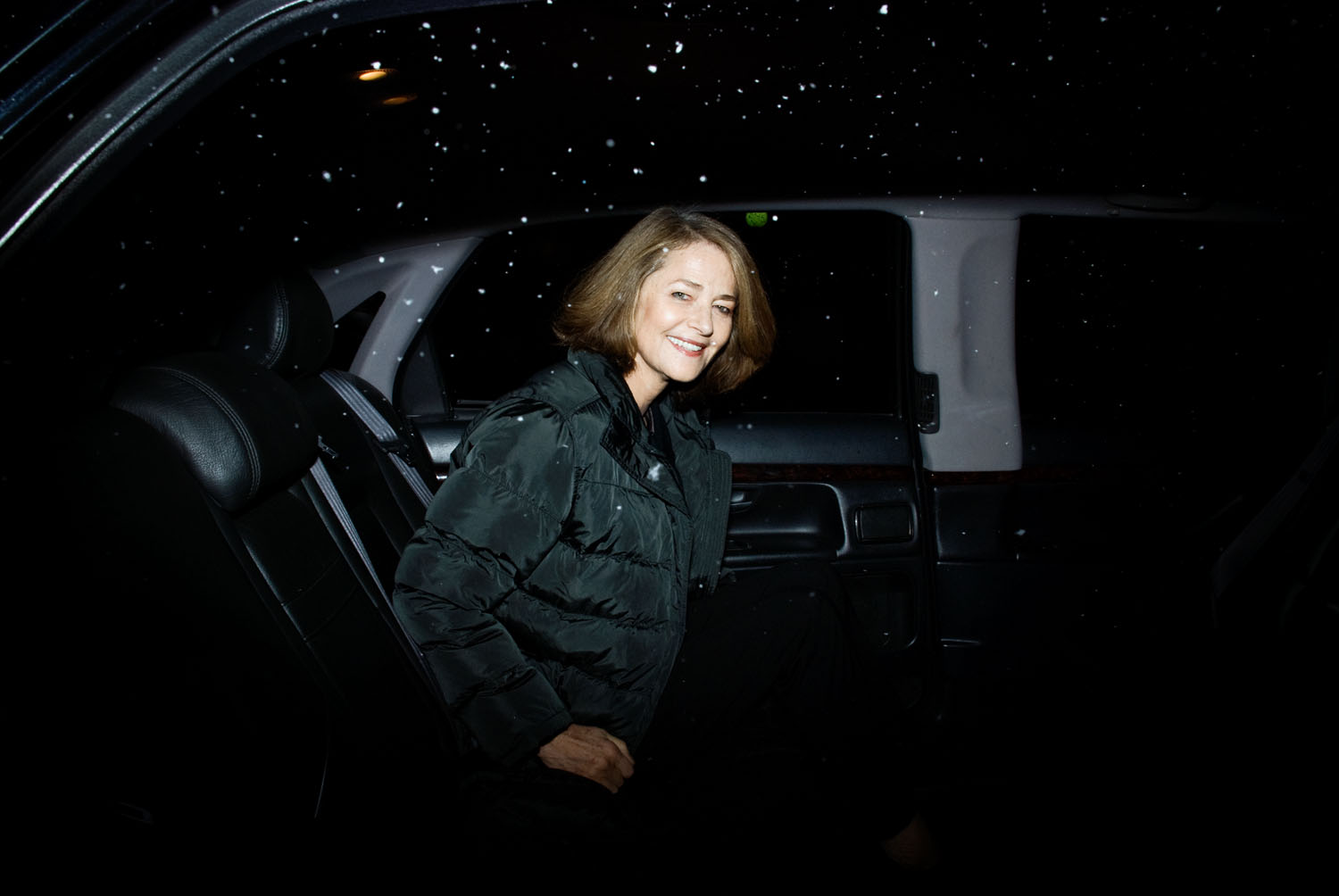 “For her impressive portrayals of some of the most memorable female characters in modern cinema. Some might be strong-willed, others more vulnerable, but they have all been depicted with intelligence and a precise feeling for their lives within. Few actors enter the big empty screen and inhabit it with the same grace, naturalness and confidence.”

“Mr Wong Kar-Wai is a visionary director that has moved audiences in every corner of the world with his cinematic language. He has a unique abilty to cast the creatures of the night in a romantic and moody light while capturing the beauty of the fleeting moment on the silver screen . It is an honor to present Mr Wong Kar-Wai with the Stockholm Visionary Award for his continuous exploration of the labyrinth of the human heart in a search with no boundaries in time, space or form.”

The romantic fantasy Slumdog Millionaire (above, top photo), about a poor young man (best newcomer winner Dev Patel) who gets a chance to become a millionaire on an Indian TV game show, was the top winner at the 2008 British Independent Film Awards, bagging trophies for best British independent film and best director (Danny Boyle).

Surprisingly, American Vera Farmiga was named best actress for the Holocaust drama The Boy in the Striped Pajamas (instead of favorite Sally Hawkins for the feel-good Happy-Go-Lucky), while Martin McDonagh won the best screenplay award for In Bruges that films sole win.

Last year’s big BIFA winner, Control, was all but ignored by the (generally speaking) Hollywood-centric US critics and other voting bodies in the United States. Considering the Oscar buzz surrounding Slumdog Millionaire, this year things will quite likely be different.

The nominations are selected by a committee composed of 70 members.

The Academy of Motion Picture Arts and Sciences has announced that 15 films in the Documentary Feature category will move forward in the voting process for the 81st Academy Awards. A record 94 films had originally qualified in the category.

The 15 films are (in alphabetical order):

At the Death House Door
The Betrayal (Nerakhoon)
Blessed Is the Match: The Life and Death of Hannah Senesh
Encounters at the End of the World
Fuel
The Garden
Glass: A Portrait of Philip in Twelve Parts
I.O.U.S.A.
In a Dream
Made in America
Man on Wire
Pray the Devil Back to Hell
Standard Operating Procedure
They Killed Sister Dorothy
Trouble the Water

The best film winner at the 2008 edition of the Rome Film Festival was Siddiq Barmak’s drama Opium War. Following a helicopter crash, two American soldiers are stranded in Afghanistan. After some relaxing moments — with the help of that substance found in poppies — they encounter an Afghan family living inside a tank.

A CORTE DO NORTE (Northern land), by João Botelho

AIDE TOI, LE CIEL T’AIDERA (With a Little Help from Myself) by François Dupeyron

In Mikhail Kalatozishvilis Wild Field, a young doctor decides to work in the desolate steppe, where the local population turn to him both for medical and personal advice. Wild Field was written by Pyotr Lutsik and Alexei Samoryadov, and it stars Oleg Dolin as the doctor, Roman Madyanov, and Daniela Stoyanovich.

Lim Soon-rye’s Forever the Moment, chronicles the struggles of a fictionalized version of Korea’s women’s handball team at the 2004 Olympic Games in Athens.

Best Director: Kim Ji-woon (The Good, The Bad, The Weird).

Best New Actor: So Ji-sub, Kang Ji-hwan (A Movie is a Movie).

Best Cinematography: Lee Mo-gae (The Good, The Bad, The Weird).

Most Attended Korean Film: The Good, The Bad, The Weird.

David Rockwell, whose firm designed the Kodak Theatre at Los Angeles’ Hollywood & Highland Center, will design the sets for the 2009 Academy Awards telecast, the Academy of Motion Picture Arts and Sciences has announced.

Other projects designed by the Rockwell Group include a freestanding building for the Cirque du Soleil at Walt Disney World in Florida; the Elinor Bunin-Munroe Film Center at Lincoln Center in New York; the Walt Disney Family Museum in San Francisco, scheduled to open in 2009; in addition to several restaurants and hotels.  David Rockwell’s firm is also involved with the master plan of Coney Island, including Steeplechase Plaza.

The list of potential Oscar 2009 contenders is quite extensive, ranging from Anne Hathaway in the Best Actress category for her performance in Jonathan Demme’s Rachel Getting Married to Christopher Nolan’s The Dark Knight Rises in the Best Picture and Best Director categories. As The Joker in Nolan’s Batman film, Heath Ledger is sure to earn a posthumous Best Supporting Actor Oscar nod.

The Dark Knight Rises’ Christian Bale is a distant possibility in the Best Actor category, but Leonardo DiCaprio has a fighting chance for Sam Mendes’ drama Revolutionary Road, which also stars potential Best Actress nominee Kate Winslet. Winslet could also be shortlisted in that category for another drama, Stephen Daldry’s The Reader. Penélope Cruz, for her part, is a shoo-in in the Best Supporting Actress category for her latest Anna Magnani impersonation, this time in Woody Allen’s Vicky Cristina Barcelona. Allen is an unlikely Best Director candidate, but he could get a writing nod. Cruz’s fellow cast members Javier Bardem, Scarlett Johansson, and Rebecca Hall are all highly unlikely Oscar 2009 candidates.

The 81st Academy Awards ceremony will be held on Sunday, Feb. 22, 2009, at the Kodak Theatre at Hollywood & Highland. In the United States, the Oscarcast will be televised live by ABC. 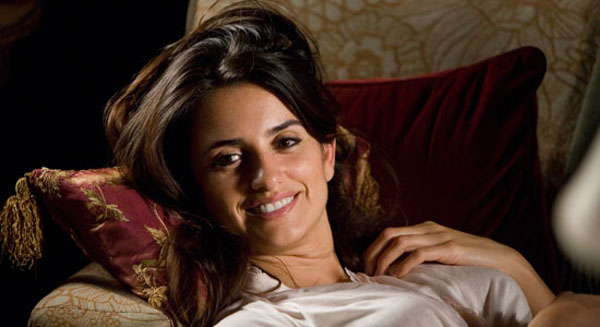 Awards and honorees at the 2009 Santa Barbara International Film Festival, to be held in the Southern California coastal town between Jan. 22–Feb. 1, include the Modern Master Award for Clint Eastwood (on Thursday, Jan. 29, at the historic Arlington Theatre); the American Riviera Award for Mickey Rourke(on Friday, Jan. 30); the Cinema Vanguard Award for Kristin Scott Thomas (on Tuesday, Jan. 27, at the Lobero Theater); and the Outstanding Performer of the Year Award for Penélope Cruz (on Saturday, Jan. 31, at the Arlington Theatre). This year’s Kirk Douglas Award, handed out a few weeks ago, went to Ed Harris.

‘Mary and Max’ at Sundance

The 2009 Sundance Film Festival will open with Adam Elliot’s clay animation feature Mary and Max, the tale of an 8-year-old Australian girl who becomes the pen pal of an obese, 44-year-old male New Yorker. Throughout their two-decade exchanges, they discuss a wide range of subjects, from autism to taxidermy.

Written and directed by Elliot, who won an Academy Award for his 2002 animated short Harvie Krumpet, Mary and Max sounds like a quirky variation on the 84 Charing Cross Road theme, the James Roose-Evans play that became a 1984 movie directed by David Hugh Jones, and starring Anne Bancroft and Anthony Hopkins as long-term, pen-paling bookworms. She in New York; he in London.

Sundance 2009 runs between Jan. 15–25. Films in the dramatic and documentary competitions will be announced in early December.

Tykwer, best known for the small-scale Lola rennt / Run, Lola, Run (1998), has built his career around “little” films such as Winterschläfer / Winter Sleeps (1997), Der Krieger und die Kaiserin / The Princess and the Warrior (2000), and Heaven, which opened the Berlin Film Festival in 2002. All that changed a couple of years ago with the release of the (by European standards) costly (US$60 million) English-language period piece Perfume: The Story of a Murderer (2006).

According to The Hollywood Reporter, The International is his first film with a Hollywood studio, as Sony co-produced it with Germany’s Studio Babelsberg. The film opens in Germany on February 12 and a day later in the United States.

Shot in Berlin, New York, Istanbul, and Milan, The International follows an Interpol agent (Owen) who discovers that – can you handle this? – one of the world’s most powerful financial institutions is enmeshed in money laundering and illegal arms trading. (It’s unclear if the bank in question is in line to receive government bailout money.) Enter a Manhattan assistant DA (Watts) to help bring the bad guys to justice. I just hope love doesn’t bloom along the way.

The effectiveness of the first Cairo Human Rights Film Festival, a sidebar of the 32nd Cairo International Film Festival, which comes to a close on Nov. 28, is questioned in the Middle East Times:

“We are looking to reach people who are not used to receiving information through art and this will hopefully educate about human rights, [American Islamic Congress’ Dalia] Zaida said. First and foremost, the festival aims at education and getting people aware of human rights.

“The goal is to highlight international human rights issues and build understanding between cultures, Zaida added. Most of the films focus on issues outside Egypt and the Arab world that will expose the Egyptian audience to issues not often heard about in the news.

“What issues are they talking about and who are the Egyptians that are going to go to these films that are not already agreeing with the sentiments of the subject matter? asked Joe Fahim, arts and culture editor of The Daily News Egypt.

Paul MacInnes, for his part, analyzes the effectiveness or lack thereof of the Cairo International Film Festival in “Pyramid selling: the Cairo film festival shows a country divided” in The Guardian:

“I think that all films are political, says Susan Sarandon in a tone that suggests shes expressed such sentiments before. The ones that reinforce stereotypes are just as political as those that do not. The good news and bad news is that Hollywood is not political.

“Sarandon is in Cairo and this should be a gimme. One of Hollywoods most famous liberals railing against the iniquities of her industry to a group of North African Muslims, it would appear speaker and audience are ideally matched. But Sarandon is having a tough time, railed at in Arabic by a series of circumlocutory questioners, she is accused of being a representative of the very yankee empire she thinks she spends her life railing against. A grand insistence that art will definitely conquer power in the end doesn’t really help to calm matters.”

Fourteen features have been submitted for consideration in the Animated Feature Film category for the 81st Academy Awards®.

The 14 submitted features are:

Bolt, Delgo, Dragon Hunters, $9.99, The Sky Crawlers, The Tale of Despereaux and Waltz with Bashir have not yet had their required Los Angeles qualifying run. Submitted features must fulfill the theatrical release requirements and meet all of the category’s other qualifying rules before they can advance in the voting process.

Under the rules for this category, a maximum of 3 films can be nominated in a year in which the field of eligible entries numbers at least 8 but fewer than 16.

Films submitted in the Animated Feature Film category also may qualify for Academy Awards in other categories, including Best Picture, provided they meet the requirements for those categories.

The 81st Academy Awards nominations will be announced on Thursday, Jan. 22, at 5:30 a.m. PT in the Academy’s Samuel Goldwyn Theater.

Academy Awards for outstanding film achievements of 2008 will be presented on Sunday, Feb. 22, at the Kodak Theatre at Hollywood & Highland Center®, and televised live by the ABC Television Network. The Oscar presentation also will be televised live in more than 200 countries worldwide.