“Yellow face” in Hollywood movies: Paul Muni is a Jewish-Austrian-Hungarian Chinese in The Good Earth. Today it’d have been simpler. Muni would have been merely a Jewish-Ukrainian Chinese.

Hollywood Chinese, Arthur Dong’s documentary about the portrayal of Chinese and Chinese-Americans in Hollywood films, will have its Los Angeles premiere at 6:45 p.m. Wednesday, Nov. 7, at the AFI FEST 2007, held at the ArcLight theater complex in Hollywood.

Recently nominated for a Golden Horse Award for best documentary, Hollywood Chinese features interviews with numerous Chinese and Chinese-American talent, in addition to veterans Turhan Bey (the Austrian-born actor – of Turkish-Czech ancestry – who played Chinese in the 1944 melodrama Dragon Seed, opposite the likes of Hollywood Chinese Katharine Hepburn, Walter Huston, Agnes Moorehead, Hurd Hatfield, and Aline MacMahon) and two-time Academy Award winner Luise Rainer (the Jewish-German actress who played Chinese – and won an Oscar for doing so – in the 1937 drama The Good Earth, opposite Paul Muni).

The post-screening panel discussion will be moderated by Randy Haberkamp, Director of Educational Programs at the Academy of Motion Picture Arts and Sciences. 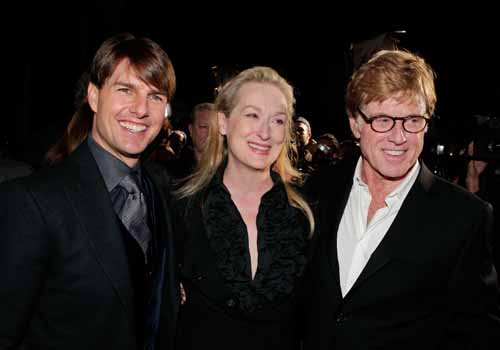 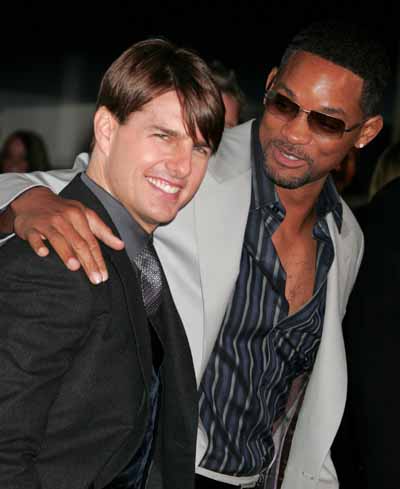 The Oscar-winning documentaries Witness to War: Dr. Charlie Clements (above), Broken Rainbow and Women – for America, for the World will be screened on Monday, November 5, at 7:30 p.m. at the Academy of Motion Picture Arts and Sciences’ Linwood Dunn Theater as the next installment of “Oscar’s Docs, Part Three: Academy Award-Winning Documentaries 1977–1988.”

Producer Maria Florio and producer-director Victoria Mudd will be on hand to discuss Broken Rainbow, the 1985 Documentary Feature winner, which, as per the Academy’s press release, presents a “scathing indictment” of the treatment of Native Americans during the 1970s and early 1980s.

The retrospective will present the best available prints, often featuring newly struck or restored editions from the documentary collection of the Academy Film Archive. The series will continue each Monday evening through November 19 and will be complemented on many nights by onstage discussions with the filmmakers (schedules permitting).

Tickets to “Oscar’s Docs” are $5 for the general public and $3 for Academy members and students with a valid ID. The Linwood Dunn Theater is located at 1313 Vine Street in Hollywood. Free parking is available through the entrance on Homewood Avenue (one block north of Fountain Avenue). For additional information, visit www.oscars.org/events or call (310) 247-3600.

“It is not an easy task with so many stars nominated each year. The cost is also high at $15,000 for a star on the Walk of Fame. But names need to be gathered to show interest in the project, as well.”

The above quote was taken from ednapurviance.org, a site dedicated to, well, Edna Purviance.

Edna Purviance was Charles Chaplin’s leading lady in numerous shorts, and his star in A Woman of Paris, a 1923 drama he directed. Purviance is, in fact, quite good in the film, in which she plays a sweet young thing who ends up as the mistress of a wealthy Parisian.

At 12:45 p.m., Never Apologize: A Personal Visit with Lindsay Anderson is Mike Kaplan’s documentary about the director of This Sporting Life (1963), which earned Academy Award nominations for Richard Harris and Rachel Roberts; If…. (1968), possibly the best movie ever made with a school setting; and O Lucky Man! (1973), starring a post-A Clockwork Orange Malcolm McDowell. Never Apologize: A Personal Visit with Lindsay Anderson‘s archival footage features the likes of Laurence Olivier, Lillian Gish, Bette Davis, and Alan Bates, among others.

At 3:45 p.m., Caramel is Nadine Labaki’s romantic comedy about five female Beirut denizens (including Labaki herself). Lebanon’s official submission for the Best Foreign Language Film Academy Award, Caramel has won both the Audience and the Youth awards at this year’s San Sebastian Film Festival.

At 6:45 p.m., 4 Months 3 Weeks and 2 Days is Cristian Mungiu’s stark drama about a young woman trying to have an (illegal) abortion in Communist Romania. Mungiu’s film won the Palme d’Or at this year’s Cannes Film Festival.

At 7 p.m., Margot at the Wedding is Noah Baumbach’s comedy-drama about two sisters, one of whom is getting married. Nicole Kidman, Jennifer Jason Leigh, and Jack Black star.

At 7:15 p.m., The Band’s Visit is Eran Kolirin’s widely praised comedy-drama about a troupe of Egyptian musicians who find themselves stranded in a small Israeli town. The top winner at this year’s Israeli Academy Awards, The Band’s Visit was deemed ineligible for the Best Foreign Language Film Oscar because more than 50 percent of its dialogue is in English.

At 10:45 p.m., A Thousand Years of Good Prayers is Wayne Wang’s family drama about a Chinese widower’s difficult relationship with his daughter living in the United States. Wayne’s film won the Golden Shell at this year’s San Sebastian Film Festival.

Bodybuilders and Christopher Isherwood (not in the same movie): AFI FEST 2007 International Documentary Competition (image: Bodybuilder shows off his arms in ‘Afghan Muscles’)

ONE DAY ACROSS THE VALLEY. Director: Andrea Giacomini, USA

EVERYTHING WILL BE OK. Director: Don Hertzfeldt USA

ONE DEVIL AND HIS DOG. Director: Tony Clarke

The 28th American Film Market (AFM), which takes off today, will screen a total of 522 films in the next seven days in Santa Monica, Calif. Billed as “the largest motion picture trade event in the world,” AFM 2007 will serve as the launching pad for 106 industry world premieres and 364 market premieres.

The screening schedule and a full list of films available during AFM can be found in the AFM Catalogue of Films (www.afmfilms.org). Visitors to the site can search films by genre, language, production status, budget, director, cast, company, and title.

According to the AFM press release, “unlike a film festival, the AFM is a marketplace where production and distribution deals are closed. In just eight days, more than $800 million in deals will be sealed on both completed films and those that havent started shooting yet making AFM the must-attend industry event.”

The American Film Market is produced by the Independent Film & Television Alliance (IFTA), a trade association representing the worlds producers and distributors of independent motion pictures and television programs.