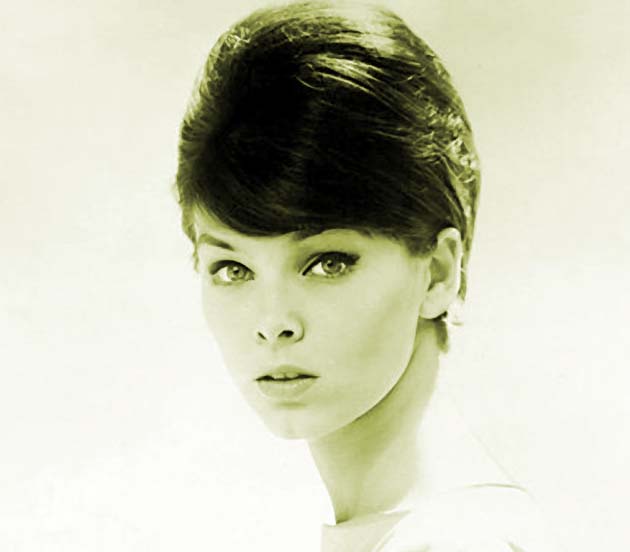 Yvonne Craig, best known as Batgirl in the 1960s television series Batman, died of complications from breast cancer on Aug. 17 at her home in Pacific Palisades, in the Los Angeles Westside. Craig (born May 16, 1937, in Taylorville, Illinois) had been undergoing chemotherapy for two years; she was 78.

Beginning (and ending) in the final season of Batman (1967-1968), Yvonne Craig played both Commissioner Gordon’s librarian daughter Barbara Gordon and her alter ego, the spunky Batgirl – armed with a laser-beaming electric make-up kit “which will destroy anything.”

“They chose me because they knew I had a dance background,” former ballet dancer Craig would recall decades later (see below). “And although they didn’t want me to do my stunts, I ultimately did my own stunts.” That included hopping on Batgirl’s funky scooter, as the off-screen Craig was a motorcycle rider.

Never a film star, Yvonne Craig was featured in less than 20 movies. At one point reportedly the youngest member of The Ballet Russe de Monte Carlo, she was officially “discovered” by John Ford’s son Patrick Ford, a producer who cast her as a young Mexican-American opposite Patrick Wayne (son of John Ford’s frequent collaborator John Wayne) in Ted Tetzlaff’s The Young Land (1958). In this socially conscious B Western set in the aftermath of the Mexican-American War, an American gunslinger (Dennis Hopper) is arrested after killing a Mexican man in California. But will he be convicted?

As found on the IMDb, Craig had previously had a small role in Joe Parker’s drama Eighteen and Anxious (1957), toplining William Campbell and veteran Martha Scott (Our Town, One Foot in Heaven). Additionally, she supported Sandra Dee in Paul Wendkos’ box office hit Gidget (1959), was one of the “girls” in the Elvis Presley vehicles It Happened at the World’s Fair (1963) and Kissin’ Cousins (1964), and played a ballet dancer in Gordon Douglas’ spy spoof In Like Flint (1967), starring James Coburn as one of the many James Bond variations of the ’60s.

Craig’s minor film career came to a halt in 1967, the year she joined the Batman series. On the big screen, she would be featured in only two more – little-seen and now largely forgotten – comedies: Alan Rafkin’s How to Frame a Figg (1971), starring Don Knotts, and Mark Byers and Tom Pardew’s Diggin’ Up Business (1990), with Lynn-Holly Johnson. 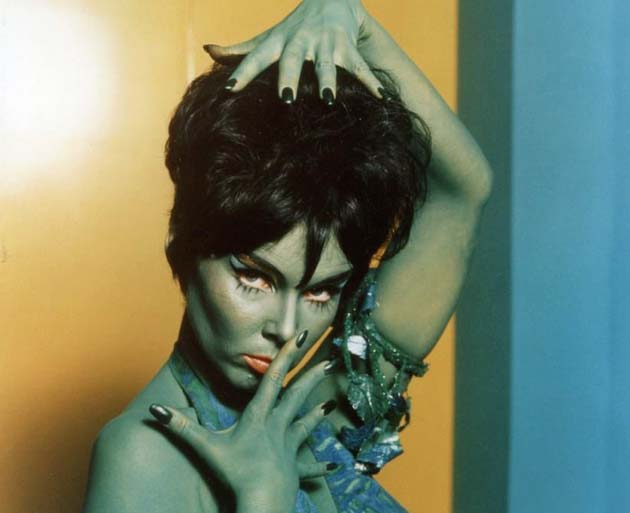 Yvonne Craig: ‘Star Trek’ villainess in ‘Whom the Gods Destroy.’

Yvonne Craig was kept much busier on television. Besides Batman, she was seen in another iconic 1960s series, Star Trek, in which she played the green-skinned, mentally unbalanced Orion-ite Marta – with a Lulu-like hairdo – out to seduce William Shatner’s Captain Kirk in the episode “Whom Gods Destroy.”

There were also nearly 70 other TV series and movies. The series ranged from Perry Mason, Laramie, and The Man from U.N.C.L.E. to Kojak, Starsky and Hutch, and, inevitably, Fantasy Island. More recently, Craig provided the voice for Grandma in Nickelodeon’s animated series Olivia (2009-2011).

According to her official website, in later years Craig became a real estate broker and got into the prepaid phone card business, creating phone cards for charitable events, special cards for the Alicia Silverstone-Paul Rudd movie Clueless, and Daffy Duck and Bugs Bunny cards for Warner Bros. stores.

She was active in a variety of social issues, such as supporting workers’ unions, equal pay for women, and free mammograms for women unable to afford the procedure.

Her book of memoirs, From Ballet to the Batcave and Beyond, came out in 2000.

This year, Grace Patterson was cast as Batgirl in Jason Hough’s TV movie Wonder Woman: Molded from Clay, while Ashley Greene – best known as one of Robert Pattinson’s vampire siblings in the Twilight movies – voiced the Barbara Gordon / Batgirl character in Sefton Hill’s action videogame Batgirl: A Matter of Family, also featuring the voice of Star Wars’ Mark Hamill as The Joker.

Regarding the Batman / Batgirl legacy, Yvonne Craig would say:

I really didn’t think we were making Gone with the Wind. Just an episodic TV series that would be over when it was over and then it would never rerun again.

I meet women today who tell me that they grew up viewing Batgirl as an important role model. If they choose to know me in that context, well, I’ll take it.

And here’s why libraries are important.

Below: Batgirl and Batman on the importance of libraries.

On the Yvonne Craig website, it is suggested that in lieu of flowers, donations be made to “The Angeles Clinic Foundation by mail at 2001 Santa Monica Blvd, Santa Monica, CA 90404 or by going into their website at www.theangelesclinicfoundation.org and following the ‘Donate’ link.”