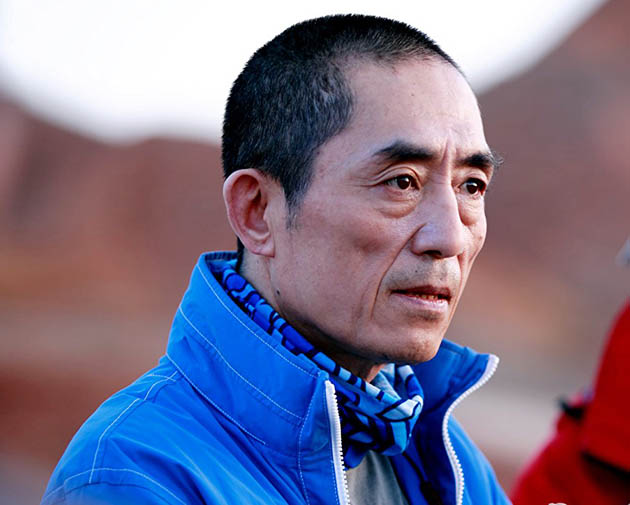 Early warning: Zhang Yimou – whose Ju Dou (1990), Raise the Red Lantern (1991), and Hero (2002) were shortlisted for the Best Foreign Language Film Academy Award – will be the recipient of the 2010 Asian Film Awards’ Lifetime Achievement honor. The presentation will take place at the Hong Kong Film Festival next March.

Zhang, 58, has been making movies since the late 1980s. His remarkable first film, the 1987 period drama Red Sorghum, starred Gong Li, with whom the director was associated off-screen as well.

Zhang Yimou’s latest, A Woman, a Gun and a Noodle Shop (a.k.a. The Simple Noodle Story), is a remake of Joel and Ethan Coen’s violent crime thriller Blood Simple. The film has become a major box office hit in China. (Update: $38 million after six weeks.) 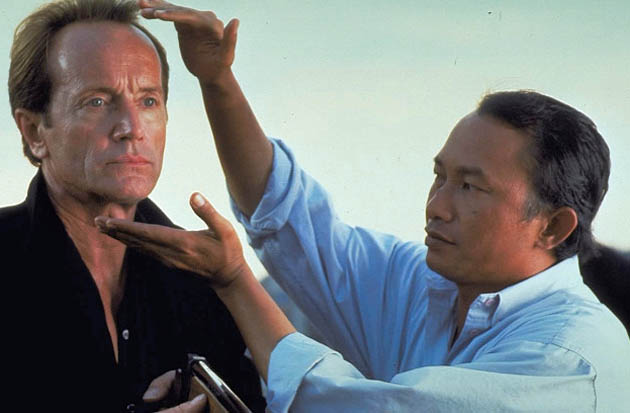 John Woo and Lance Henriksen on the set of the 1993 action thriller Hard Target, starring Jean-Claude Van Damme. In a career spanning more than four decades, John Woo – the recently announced recipient of the 2010 Venice Film Festival’s Lifetime Achievement Golden Lion – has directed more than 30 features, chiefly in the action genre. Notable examples include A Better Tomorrow, Bullet in the Head, and the Tom Cruise international blockbuster Mission: Impossible II.

In other Asian cinema-related news, John Woo will be the recipient of the Lifetime Achievement Golden Lion at the 2010 Venice Film Festival, which runs Sept. 1–11.

As per the Venice festival’s press release, Woo was chosen by the Board of Directors of the Biennale di Venezia, chaired by Paolo Baratta, “at the recommendation of the Director of the Festival, Marco Müller.”

The release adds that “the acknowledgment recognizes a filmmaker who in recent decades, with his revolutionary conception of staging and editing, has renewed action movies to the core, introducing an extreme stylization (close to visual art)” both in Asia and in Hollywood.

An aside: Misdistributed by Magnolia Pictures’ Magnet Releasing, Red Cliff – as one single, edited-down film – bombed in the U.S. As mentioned elsewhere in this post, Part 2 is in the running for the Japanese Academy Awards.

John Woo and the Venice Film Festival have a little shared history.

In 2004, Woo acted as the “godfather” of the Venice Film Festival’s Secret History of Asian Film sidebar.

Two years later, he directed one of the episodes of the omnibus international release All the Invisible Children, which was screened out of competition.

And in 2007, he was the producer of Alexi Tan’s debut feature Blood Brothers, the 64th festival’s closing-night film. Daniel Wu, Liu Ye, and Shu Qi starred in this 1930s Shanghai-set gangster drama inspired by Bullet in the Head. 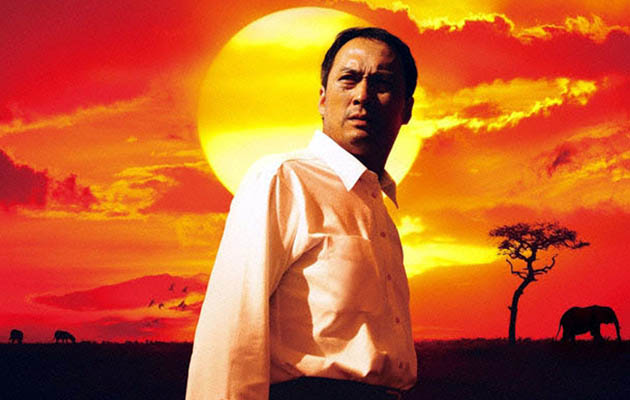 The Unbroken with Ken Watanabe. Setsurô Wakamatsu’s drama The Unbroken a.k.a. The Sun That Doesn’t Set, dealing with the aftermath of the deadliest airline disaster in Japanese history, has received 12 nominations for the Japanese Academy Awards, including Best Film, Best Director, and Best Screenplay. Ken Watanabe (Best Supporting Actor Oscar nominee for The Last Samurai, 2003) is one of the five Best Actor contenders.

Setsurô Wakamatsu’s The Unbroken a.k.a. The Sun That Doesn’t Set, revolving around the 1985 airplane crash that killed 520 people in what remains Japan’s worst airline disaster, is one of five films in the running for the 2010 Japanese Academy’s Best Picture award. The film’s star, Ken Watanabe, received a Best Actor nomination.

The other four Best Picture Japanese Academy Award nominees are:

In the Best Actor category, Ken Watanabe, Tsurube Shofukutei, and double nominee Tadanobu Asano were joined by Nao Omori for The Vulture.

Like Tadanobu Asano, Clint Eastwood is also – more or less – competing against himself in the Best Foreign Film category: both The Changeling, starring Angelina Jolie, and Gran Torino, starring Eastwood himself, are in the running.

The 2010 Japanese Academy Award winners will be announced in early March.

Ennio Morricone: Cinema Paradiso + Once Upon a Time in the West Composer Getting Honorary...